Miami's Aasha Wells Stars on MTV's Are You the One?, a Sexually Fluid Dating Show 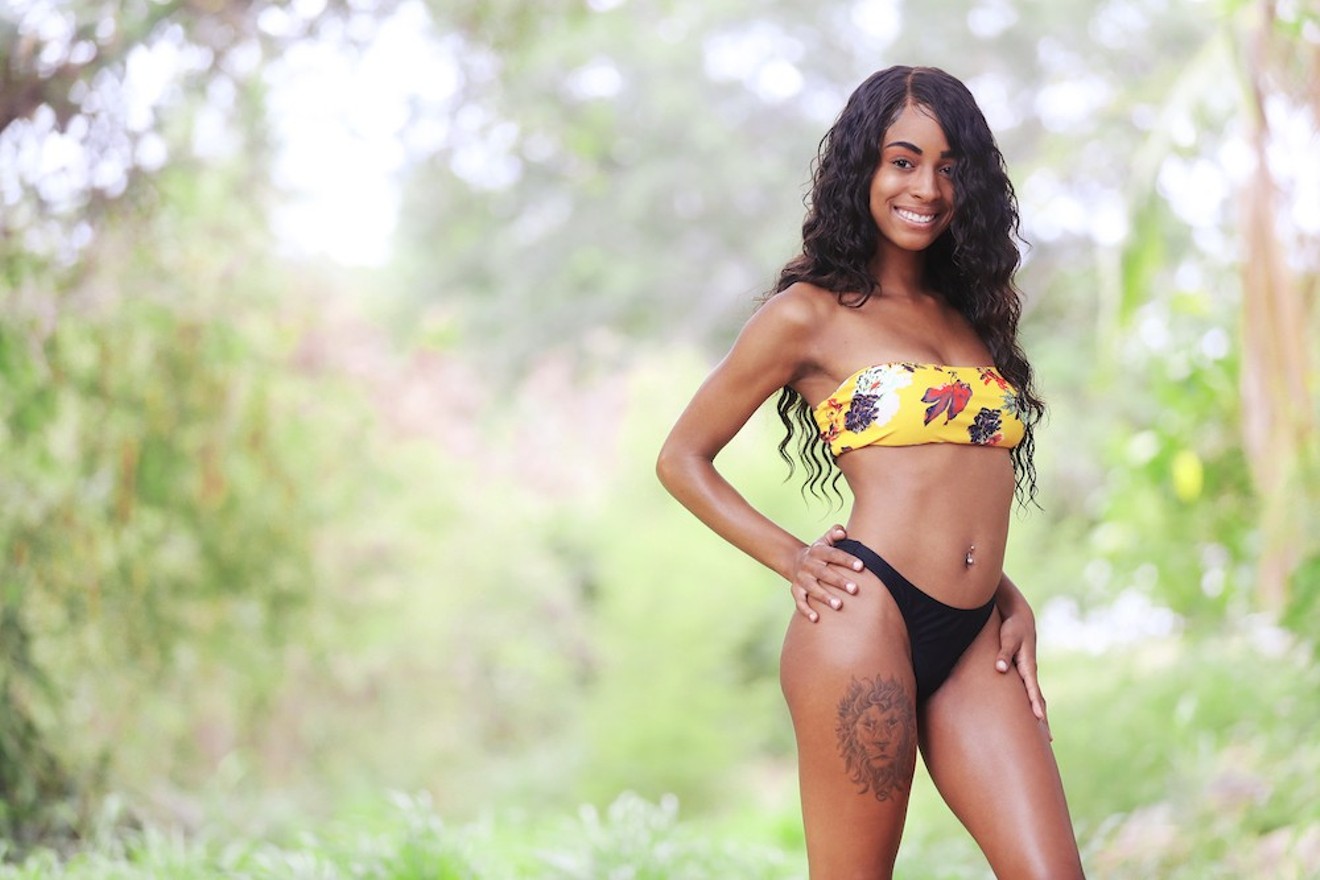 Aasha Wells is coming to a TV near you. MTV
Just in time for the conclusion of Pride month, MTV is making history with its show Are You the One? The reality dating competition will be the first in U.S. history to feature a sexually fluid cast.

What does that mean exactly? Miami Beach resident and contestant on this season's show, 22-year-old Aasha Wells, explains. "Nobody [on the cast] preferred one gender over the other," says Wells, who is bisexual. "Everybody was here for the same reason: We were all looking for love, and we didn't have any limitations or anything, because we're all fluid people."

The network defines sexual fluidity as "meaning there are no gender limitations in perfect matches, and finding love is fair game."

Wells is a West Palm Beach native who recently graduated from Florida International University with a degree in broadcast media. Most of her relationships with women have been sexual flings that never developed into something serious. "That frustrated me," she says. But after a three-year relationship with a man ended, she decided to try out for Are You the One?, a favorite show of hers. "I just felt like, Why not? Maybe there is someone out there for me."

Wells never thought she'd be on a reality show, but as a single 20-something, she was excited to be chosen. "I date guys and I date girls, so when I found out that the show was taking a turn and going this way, I was even more excited. I always said to myself, This show would be supercool if there was a way where you could date a guy or date a girl."

Also, she struggled to date locally. "I feel like dating in Miami is really weird," she says. She had threesomes with her boyfriend, but looking to date other women as a single woman was a challenge for her. She used Tinder, but none of her dates went anywhere further in the realm of romance. She met a lot of tourists or out-of-towners, no one she felt like she could date long-term.
This season's show, which premieres Wednesday, June 26, at 9 p.m., features 16 cast members, one of whom is nonbinary and another who is trans. They are looking to find love in Hawaii, where they will meet Dr. Frankie, a relationship expert who helps them become better daters and navigate the horror show that is modern relationships. Cast members are also encouraged to find love thanks to helping coach and host Terrence J. At the end of the show when a perfect match is scored, the two winners split a million bucks.

"The kind of people we are, it's hard to find like-minded people," Wells says. "It's nice to be around people who have been through similar things, had similar experiences."

Viewers will identify with the cast, she predicts. "We're all queer so I feel like each one of our stories is going to connect with someone from the LGBTQ community in some way. At the same time, even though we are sexually fluid, our stories can be [understood] by anyone. Not only can we struggle with our issues being in the LGBTQ community, the dating issues that everyone experiences on the show can be similar to anyone," she says.

Are You the One? premieres 9 p.m. Wednesday, July 26, on MTV.
KEEP NEW TIMES BROWARD-PALM BEACH FREE... Since we started New Times Broward-Palm Beach, it has been defined as the free, independent voice of South Florida, and we'd like to keep it that way. With local media under siege, it's more important than ever for us to rally support behind funding our local journalism. You can help by participating in our "I Support" program, allowing us to keep offering readers access to our incisive coverage of local news, food and culture with no paywalls.
Make a one-time donation today for as little as $1.