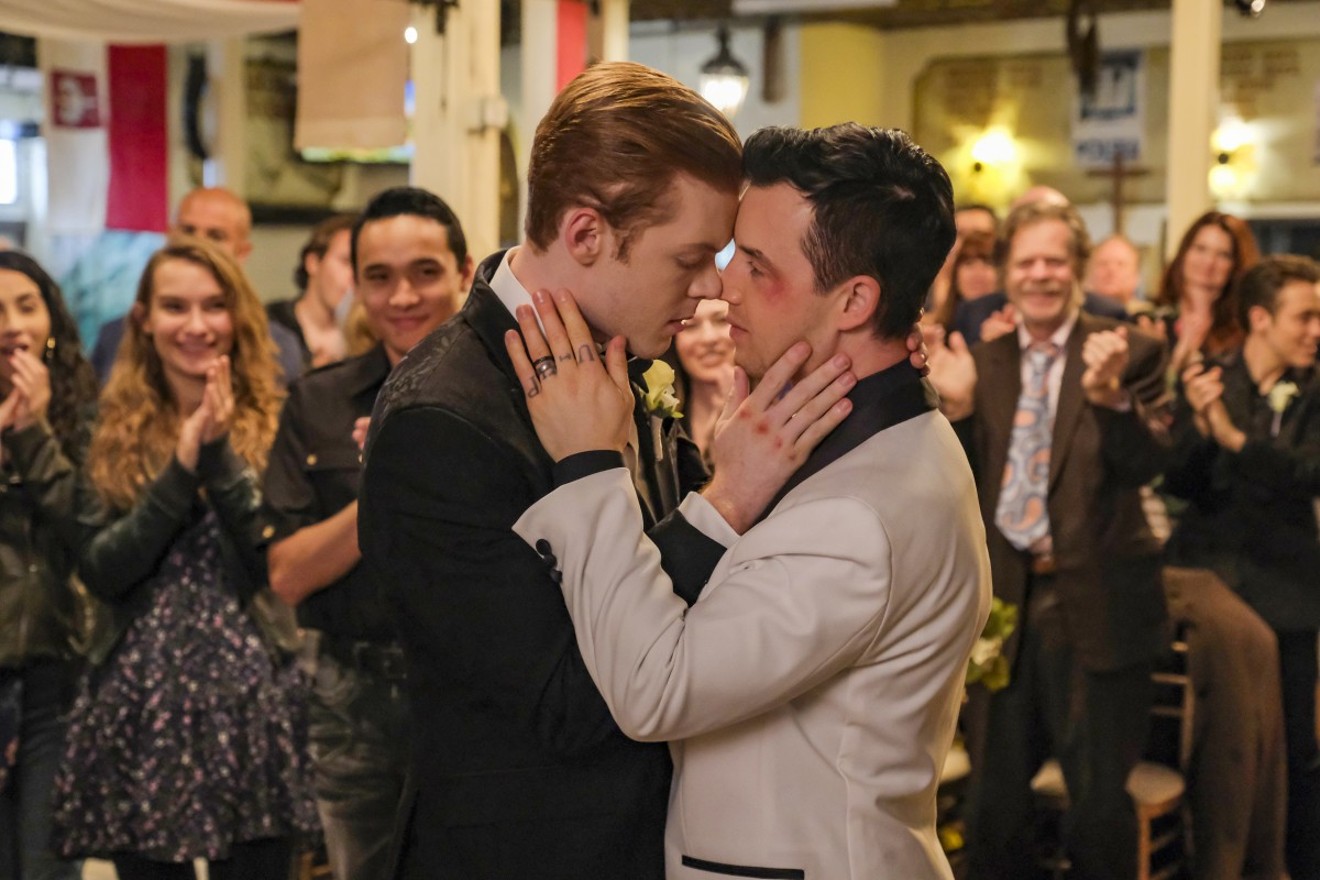 Now is the time to binge-watch Shameless. Photo by Tony Rivetti Jr. / Showtime
The best things in life are free, they say, and that's doubly true for streaming media. Sure, the major streaming services like Netflix and Hulu have massive catalogs of hit movies and TV shows, but they also cost about ten bucks a month per app — and those subscriptions can quickly add up.

Thankfully, plenty of streaming contenders are offering pretty amazing deals as the COVID-19 crisis makes everyone housebound. From fitness to horror movies to video games, we've compiled our favorites here. Just don't forget to cancel your trial when this all blows over.

Maybe you can use your quarantine to get a bit of high culture along with your binge-watching. Just like bars and nightclubs have had to shutter, concert halls and opera houses must adjust to the crisis. Some are responding by putting out free content. The Berliner Philharmoniker, arguably the best orchestra in the world, has opened up its Digital Concert Hall streaming service, offering a month for free with the voucher code BERLINPHIL until March 31. Meanwhile, New York's Metropolitan Opera has been streaming its backlog of performances every evening on its website as part of the Nightly Met Opera Streams. Each night's performance is viewable for 24 hours. Currently, it's in the middle of a week of Wagner, while the first week included the likes of Carmen, La Traviata, and La Bohème. Still on the fence? Think of it this way: Opera contains a lot of melodrama and tragic characters, so if you've been left poor and destitute by the virus, at least you're better off than these folks.

Gone are the days of pirating new episodes of anime or waiting for a dub to air on Adult Swim. Nowadays, Japan-centric service Crunchyroll can serve most of your otaku needs with its wide-spanning catalog and simulcasting of shows as they air on Japanese TV. Here's where you can watch the latest episodes of popular action shows like My Hero Academia, Hunter x Hunter, and Attack on Titan. Check out a romance like 5 Centimeters Per Second or Fruits Basket or discover a wacky show about a skeleton working at a bookshop. (This is real, and it's fantastic.) The site also features a manga section and live-action shows from Ultraman to the latest J-drama, and it's recently begun producing original content. Free to watch with ads and there's a 14-day free trial, after which it's $7.99 for the ad-free tier.

For many, the worst part of quarantine isn't the loneliness or the boredom — it's not being able to go to the gym. A treadmill, a treadmill, my kingdom for a treadmill! It's hellish to sit around and wait for the day one can pump iron again. Sensing the need, exercise bike company Peloton has made the content on its streaming app free during the crisis. You'll find yoga classes, spin cycling, and other routines you can do at home, no equipment necessary. Probably the best-value deal on this list is Peloton's 90-day free trial, after which it costs $12.99 per month.

Probably the biggest name of these offerings, Showtime has long played Pepsi to HBO's Coca-Cola. However, think of it this way: You've probably been skimming off your ex's friend's mother's HBO password for years, so why not go legit with a competitor? Showtime's 30-day free trial will get you access to plenty of Hollywood movies and TV shows like Ray Donovan, Homeland, and Shameless, but for our money, the killer series is Twin Peaks. The premium cable channel commissioned David Lynch to revisit his classic supernatural mystery back in 2017, and all 18 hours — again, that's 18 hours of premium, uncut David Lynch — are available to stream with the service.

Though it positions itself as the streaming service of a horror fan's dreams, Shudder's catalog goes far deeper than one might expect. Sure, you'll find slasher classics such as Halloween and The Texas Chainsaw Massacre, but they also put up plenty of thrillers, supernatural movies and shows, and other excellent genre fare. You'll find recent cult hits like Panos Cosmatos' Mandy, starring a gonzo Nicolas Cage and featuring a chainsaw fight, or Flying Lotus' extreme gross-out movie Kuso. Explore foreign film from the recent Japanese import Sadako vs. Kayako (a crossover of The Ring and The Grudge), or dive into extreme Korean flicks like The Wailing, Train to Busan, or the classic Oldboy. And if you want something really bizarre, the horror anthology TV series Channel Zero is inspired by internet "creepypasta." Frankly, what better distraction is there from the current horror of real life? Shudder is currently offering a free 30-day trial, up from 15 days, after which it costs only $4.99 per month.

Playing video games is so passé — all the cool kids nowadays are watching other people play video games, specifically on the gamer-centric service Twitch. While the platform was launched into the stratosphere by the Fortnite craze of 2018, it's by no means a one-trick pony. At any given time, thousands of people are playing thousands of different games, from recent releases to classic RPGs to old standbys like Minecraft. You can watch people fish and catch bugs in Animal Crossing: New Horizons or drive a chainsaw into some demon skulls in Doom Eternal. It's not limited to games, either. Plenty of political commentators have found a platform on Twitch. Musicians such as Arca have taken to streaming their studio sessions on the service, and it's always a laugh riot watching Twitter-centric channel Go Off Kings come up with the most boneheaded material in Jackbox Party Pack 3. All Twitch content is technically free to view; however, you can support your favorite streamer with online tips and subscriptions.
KEEP NEW TIMES BROWARD-PALM BEACH FREE... Since we started New Times Broward-Palm Beach, it has been defined as the free, independent voice of South Florida, and we'd like to keep it that way. With local media under siege, it's more important than ever for us to rally support behind funding our local journalism. You can help by participating in our "I Support" program, allowing us to keep offering readers access to our incisive coverage of local news, food and culture with no paywalls.
Make a one-time donation today for as little as $1.

Douglas Markowitz was Miami New Times' music and arts editorial intern for summer 2017. Born and raised in South Florida, he studied at Sophia University in Tokyo before finishing a bachelor's in communications from University of North Florida. He currently writes freelance about music, art, film, and other subjects.
Contact: Douglas Markowitz
Follow:
Twitter: @dougmarkowitz