Model Volleyball Returns to the Sands of South Beach 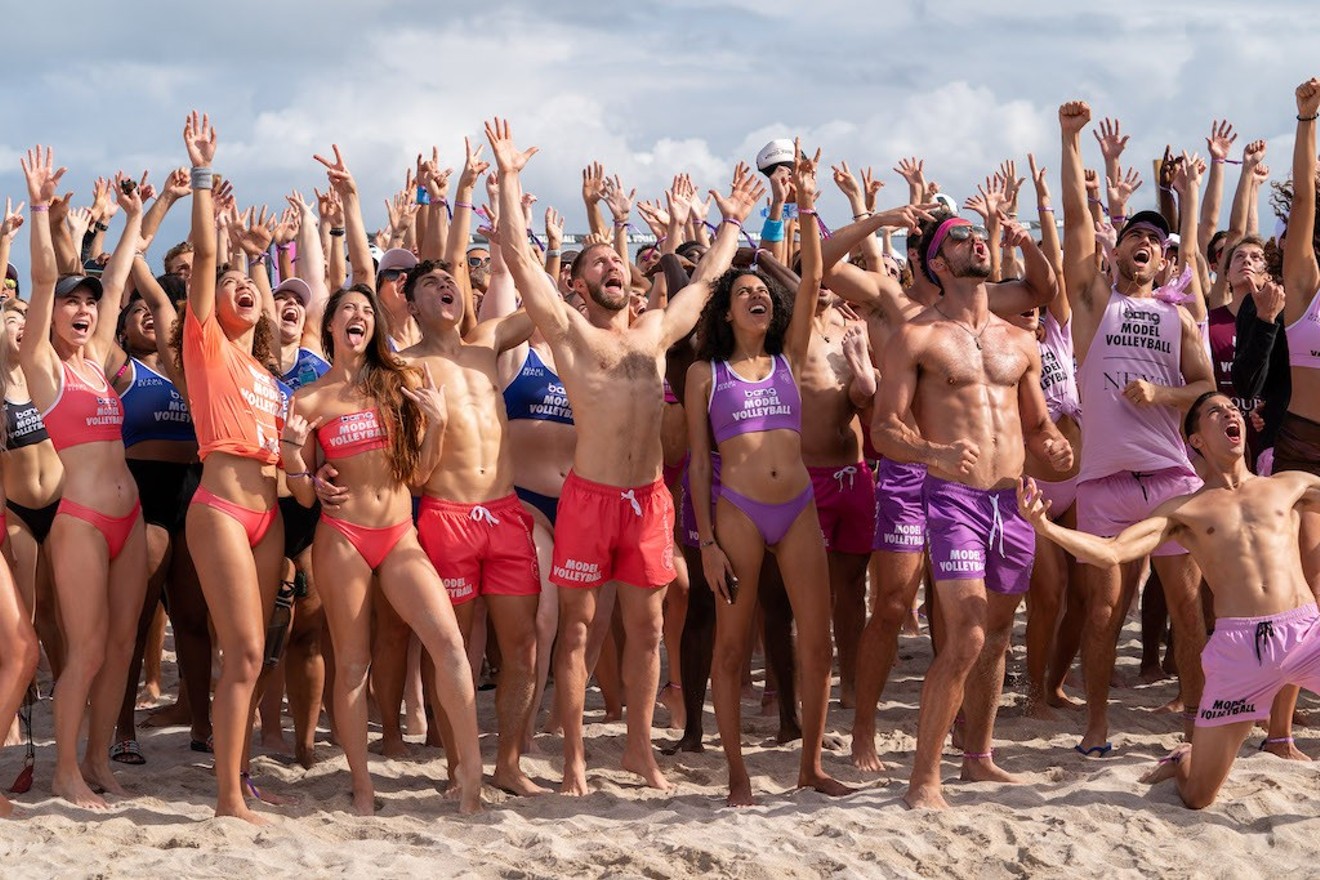 "After Volleypalooza was not produced for several years, we knew this was a special event that the Miami Beach community looked forward to, so we wanted to make sure it made a comeback," she notes. "We launched in 2010 with a small tournament of no more than 60 models at Nikki Beach and a few sponsors, with no idea of what the turnout would be."

Now in its 12th year, the event has grown to include more than 200 models from 12 agencies, 30 different sponsors, and about 10,000 spectators. Proceeds raised from the event will benefit the Angel Watching Over Me Foundation, which provides support to the community through initiatives like the AWOM Girls Club, a weekly after-school program aimed at fostering leadership in young girls. 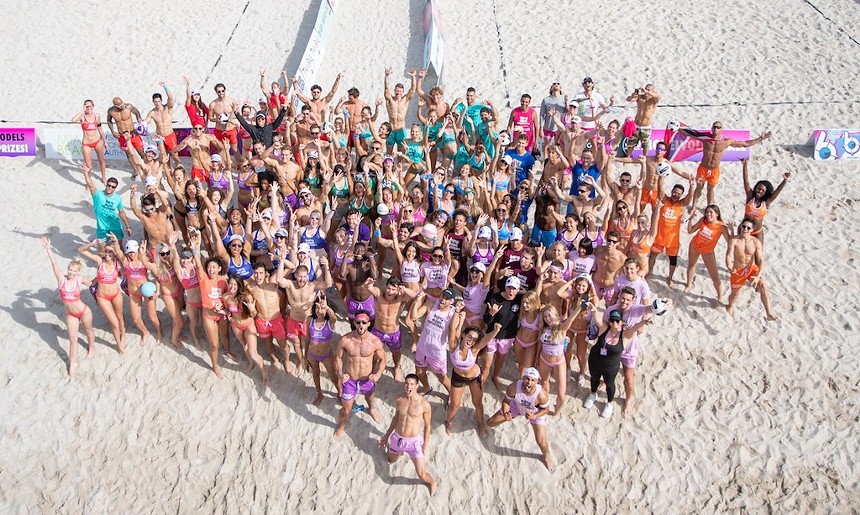 Model Volleyball has grown to include more than 200 models from 12 agencies, 30 different sponsors, and about 10,000 spectators.
Photo courtesy of Bang Model Volleyball
To contest the 2022 Model Volleyball title, models compete in a bracket-style tournament wherein teams face off in a round-robin format, with day two a single-elimination format. The prize: bragging rights and trips to undisclosed locations.

"This is an invitational to the agencies, who build their teams to represent them at the tournament where bragging rights, connecting with friends, and having a great time are the top priorities for the year," Ormos explains. "The winning agency keeps the trophy for the entire year until the next event. It has become a reunion for so many of us and a way to reconnect with friends."

A constellation of parties and sponsors will orbit the two-day coed tournament. The long weekend of events kicks off Thursday, March 10, with a party at a private home, followed by an official pool bash at the Gale Hotel the following day. On Saturday and Sunday, DJs will start spinning at 10 a.m. at Eighth Street and Ocean Drive, with sponsors providing food, drinks, and entertainment.

TV personality Brody Jenner is set to DJ on Sunday starting at 3:30 p.m., and a closing party will close out the proceedings later that evening at Bodega South Beach.

"There's such a strong volleyball community within Miami Beach and nothing quite like what we do," Ormos says. "We're also fortunate to be in Florida, where events are happening every single day now. People are excited to be back to living normal lives."
`
Bang Model Volleyball. 10 a.m. to 6 p.m. Saturday, March 12, and Sunday, March 13, at Eighth Street and Ocean Drive, Miami Beach; modelvolleyball.com. Admission is free.
KEEP NEW TIMES BROWARD-PALM BEACH FREE... Since we started New Times Broward-Palm Beach, it has been defined as the free, independent voice of South Florida, and we'd like to keep it that way. With local media under siege, it's more important than ever for us to rally support behind funding our local journalism. You can help by participating in our "I Support" program, allowing us to keep offering readers access to our incisive coverage of local news, food and culture with no paywalls.
Make a one-time donation today for as little as $1.
Juliana Accioly
Contact: Juliana Accioly