Call it Florida French if you'd like. It bears only a passing resemblance to fares you'd find on Paris' Left Bank. Likewise, the Caribbean-inspired décor at Sugar Reef does not evoke scenes from snooty bistros and pretentious cafés. But the food... ah, the food. Oui, it is decidedly French -- French-Caribbean, that is. Open for nearly ten years and run by husband-and-wife team Patrick Farnault and Robin Seger, Sugar Reef takes the best of France, dusts it with island and Asian accents, and serves it all in a tropical dining room where nearly every table has an unobstructed view of Hollywood's beautiful beach. The beachfront casual atmosphere is perfectly offset by the elegant and inventive menu, and Parisian native Farnault has no reservations about reconstructing Continental classics with New World spices. The food selections are accompanied by Sugar Reef's substantial wine list, which features a number of selections from Farnault's homeland, offering ample ways to wet a dry palate.

Thai on the Beach 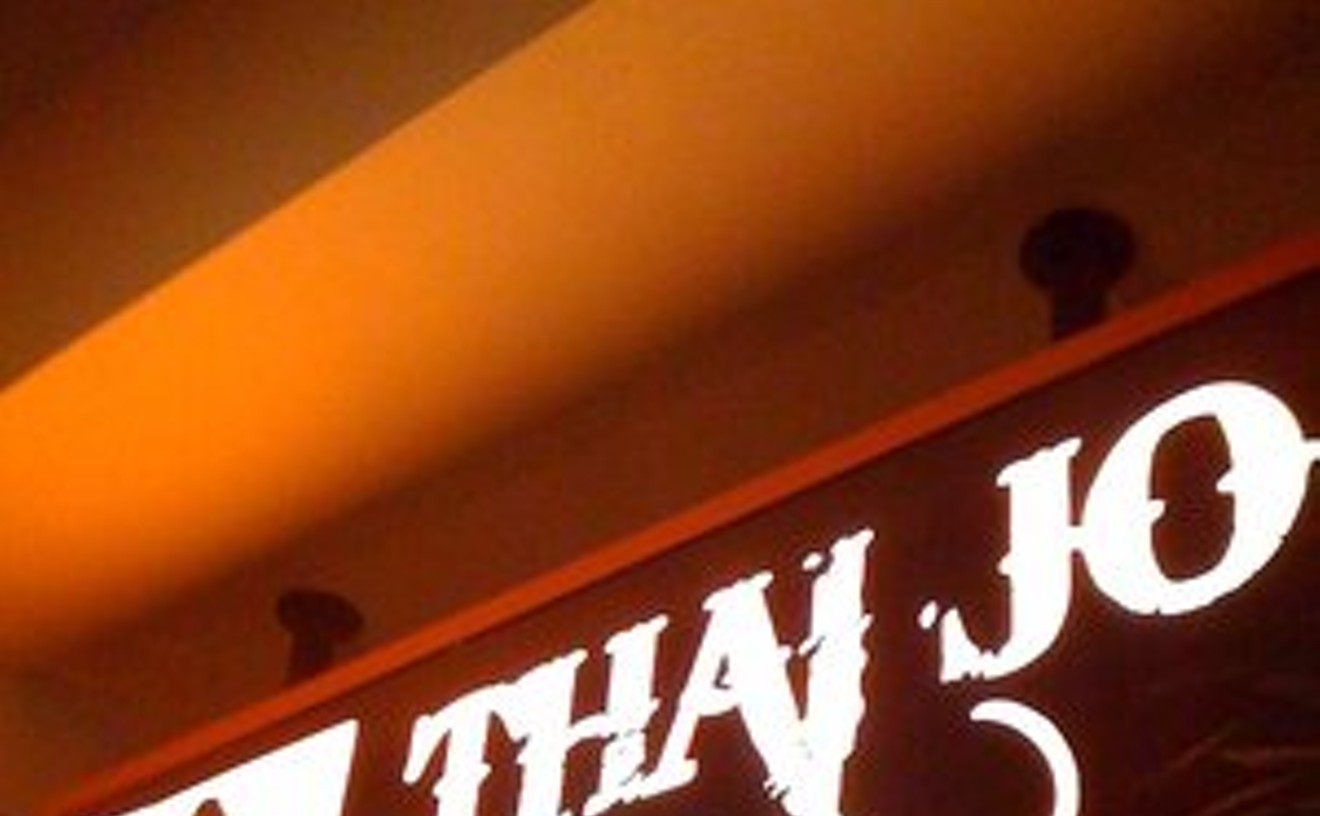 Colby++Katz
Wannapa+Eapros+helps+beachgoers+Thai+one+on
If you think all Thai food tastes alike, then you obviously haven't been to the Beach. In this second-story walkup restaurant that features an unexpectedly bright view of the Atlantic, authenticity and originality reign, resulting in locale-suited dishes such as "Thai on the Beach Seafood Stir-Fry," the region's freshest scallops, mussels, calamari, and crab encased in a garlicky pepper-ginger sauce. Or Thai shrimp scampi, jumbo crustaceans sautéed scampi-style with mild curry sauce and ground peanuts. And rock lobster pad Thai, one of chef-owner Wannapa Eapros' most popular specials. Then, of course, there's the spice factor -- the heat in these chili-laden dishes can challenge the South Florida sun. A fact to which we respond the same as any dedicated sun-worshiper: Burn, baby, burn.

If you're an epicure, you probably yen for that yuppie Cuban cuisine, maduro soufflés and the like. We hate that stuff. What we like is Black Beans. What we like is Felix Pereira, who arrived from the island in 1956 and has run restaurants virtually since the first day. What we like is lamb stew with savory raisins, succulent pork roast, and enormous, whole, fried snapper that comes with the head on. What we really like is the prices at this nondescript but scrupulously clean joint of 14 tables that opened the day after Christmas in 1993. At lunch, there's almost nothing that costs more than six dollars. Breakfast is similarly cheap. Two eggs, toast, and potatoes go for $1.55. Dinner's cheap too. Pereira, you see, followed the path of others in Broward County's community of exiles from el exilio. He and his wife, Herenia, spent almost three decades running a small restaurant in Miami, bought a bigger one in North Miami, then moved even further north to Hollywood "because Miami was getting really bad, and Hollywood is a nice, small town." This guy is dedicated. He raised his three kids in his restaurants and still works at Black Beans seven days a week from 8:30 a.m. to 10 p.m. He's 72 years old, so he needs a little more sleep than he used to -- and there's an air-conditioned room in the back. But he expects to be serving up moros, batidos, and tres leches for a very long time. So, hey, stop in, sip a cortadito, and tell him how you like real food cooked by a real macho!

If your idea of kosher consists of that deli down the street or food made by Hebrew National, it's time to try the upscale cuisine at Eilat Cafe, which calls itself the best kosher restaurant in the country. The Boca Raton eatery has an eclectic menu spiced with Middle Eastern dishes including baba ghanouj and Turkish salad but also features a range from Oriental stir-fry to Cajun linguine. Best of all, the rabbi's blessing won't cost you 10 percent of your salary. Most lunch items are under $10. At dinner, pasta dishes are less than $15, and the seafood dishes, all below $20, include medallions of salmon and dolphin in a spicy banana rum sauce.

If you don't live near Ambrosia, it might be time to move, because this Italian pizza joint doesn't deliver outside of about a mile radius. It's not that the 26-year-old restaurant is snobby. Its spot south of downtown West Palm Beach used to be in a pretty ratty neighborhood before yuppies started rehabbing houses in Flamingo Park and El Cid. It's just that Ambrosia's business is good enough to make customers come to it. The novel-length menu has all the Italian standards, plus some signature items like the spicy chicken fra diavolo in a tomato basil sauce. With dim lights and old wood tables, the décor is somewhat GoodFellas-esque, which goes with the restaurant's slogan, "Where you're only a stranger once." And the pizza is anchored by a stuffed 14-incher with a buttery crust across the top. It puts the pie back into pizza.

Best Restaurant to Die in the Past Year

Last year, this treasured restaurant took two Readers' Choice categories -- Best Restaurant in Broward and Best Restaurant When Someone Else Is Paying. This year, the venerable spot became a victim of unsettled times. Citing heightened security that kept diners from easily accessing Port Everglades -- a direct response to terrorist actions and threats around the world -- the owners decided to disband the 18-year-old establishment. The last supper was served in June, and as the eatery's been gone-and-departed for almost a year now, no doubt this will be its last tribute.

Candace West
With so many Europeans living, breeding, and cooking in our midst, South Florida eaters expect ethnic authenticity at our ethnic restaurants. In this regard, Old Heidelberg exceeds on every front. From the voice and smile of the hausfrau hostess, the spaetzle that tickles going down, frost-rimmed glasses of Tucher Weissbier or Diebels Alt, to the dark pine and leather interior, Old Heidelberg's old-country charm is far from forced. The owners' names are Dieter and Heidi, for crying out loud. Almost every night, Ingo Froehlich transforms the accordion from the second-most-hated instrument into an oompah-pah sine qua non. Bavarian comfort food is succulent and sizably portioned, so this means you'll leave completely stuffed, possibly from the pork tenderloin with a crisp layer of fat just as crunchy as a chicharron. Maybe from roast suckling pig or the bratwurst platter. Maybe from that final, ill-advised bit of Black Forest cake. But at least your indigestion will be well-earned.

Judging by the dearth of Vietnamese restaurants in these parts, it seems that South Florida hasn't been the first choice for emigrants from that Southeast Asian nation. At the very least, that's a culinary pity. Maybe it's the French influence, but Viet cuisine is a refreshing, light affair compared to, say, its Thai cousin, which usually comes slathered with rich sauces and big hunks o' meat. Take, for instance, Pho Nam's house specialty, the Vietnamese pancake: a thin, crispy crepe stuffed with onion, yellow beans, bean sprouts, and finely minced bits of shrimp and pork. At $7.50, it's about the most expensive thing on a menu of meals that average about $6. The spicy beef salad, a $7 specialty that won't leave you feeling bogged down after dinner, is made of thinly sliced beef, tomato, cucumber, basil, and ground peanuts over lettuce. You won't find fancy décor at Pho Nam, which lies just south of Commercial Boulevard, but you will see a steady stream of Vietnamese customers. 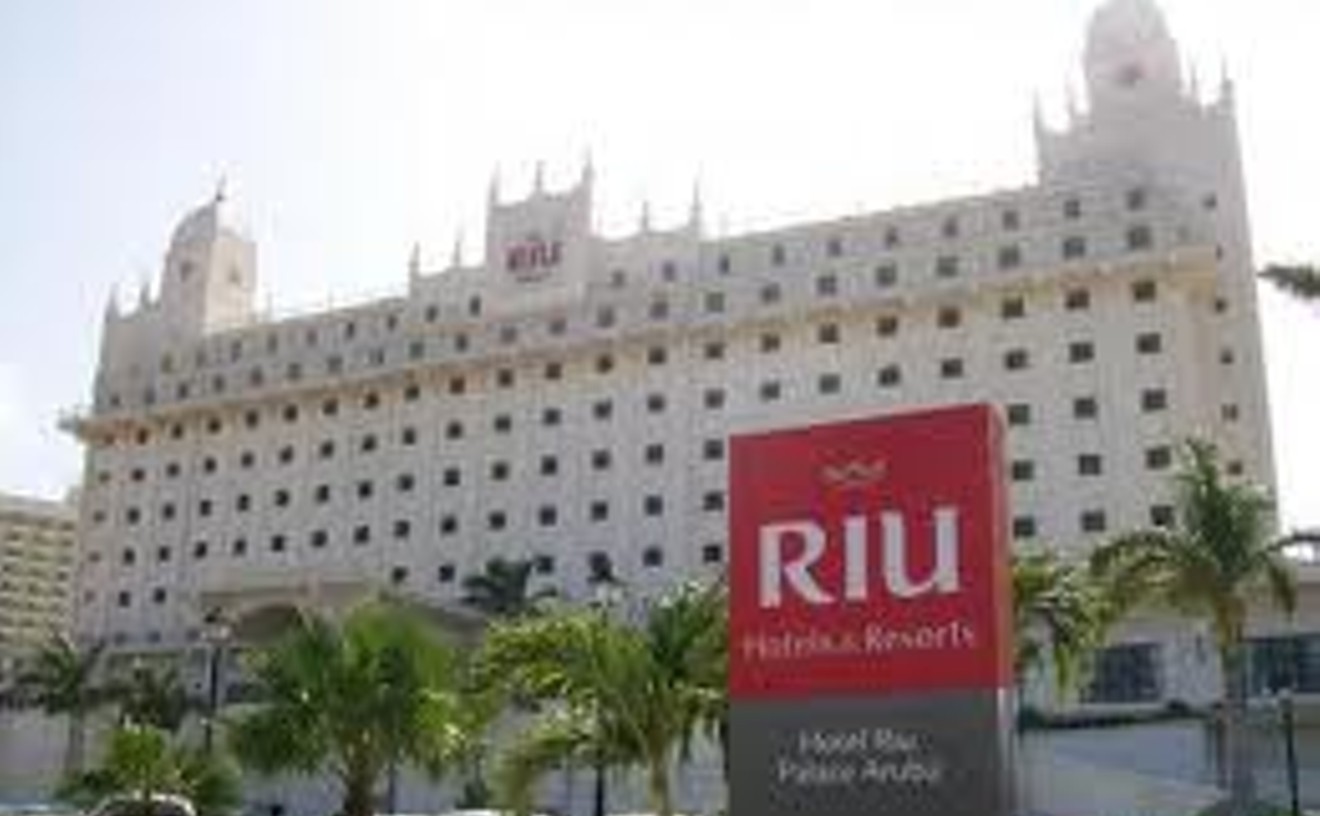 Colby++Katz
Gulab+%3Ci%3Ejamun%2C%3C/i%3E+yellow+%3Ci%3Edaal%2C%3C/i%3E+tandoori+chicken%2C+and+thou
Aptly named, indeed. You don't have to dress like royalty or haul around bodyguards, but the kingly fare will make you feel as if you've got the right to consider hiring some robes and rogues. Or at least a personal trainer. Along with standard chutneys, pakoras, and naan, you can feast on zesty crab masala, creamy butter chicken, and tandoori salad, a combo of onions, peppers, and mushrooms marinated in rock salt and vinegar and then roasted. Among the pleasant elements here include a nicely appointed dining room, bistro-chic and contemporary; a decent list of wines and beers; and a party room where princes and princesses of all ethnicities can get their ghee on.