Best Restaurant for a Power Lunch 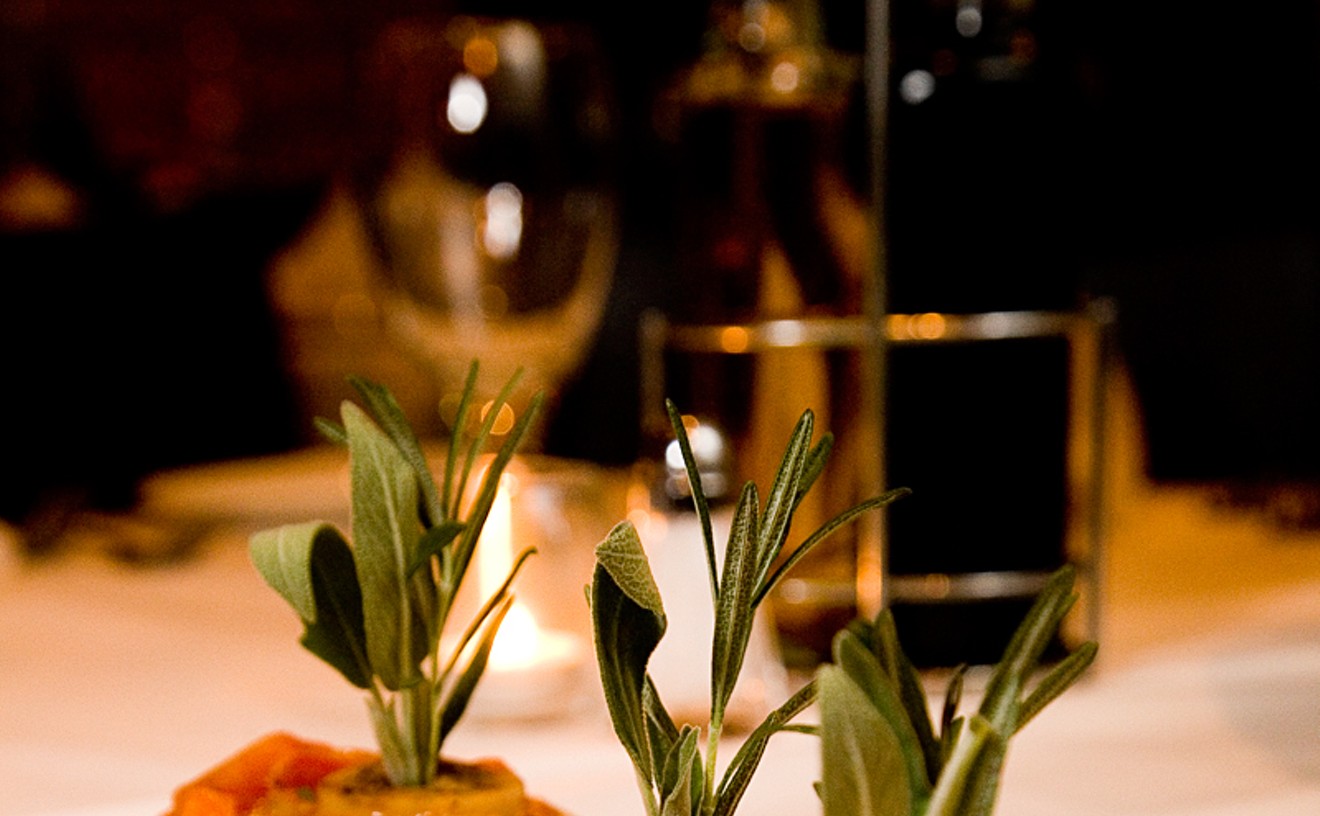 Tabatha Mudra
Mancini's has a voguish-looking interior with a huge, bristling chandelier, like a cluster of giant pods. But it's on the broad sidewalk outside, where the restaurant has staked out an impressive chunk of Las Olas Boulevard with a couple of dozen linen-swathed tables, that you'll see the deals being made. All the usual suspects are there, the same folks who used to frequent Mark's on Las Olas (which has decided not to serve lunch during the off-season): politicians, developers, well-heeled tourists, the yacht crowd, and the occasional celebrity. The ambiance has a certain European feel to it, including the service, which is, oh, a half-step slower than that in some of the clattering establishments a block or two farther south. (I mean, are you here to suck down food or to eat?) For their epicurean indulgence, patrons get savory, steamy food with all the requisite olive oil and garlic. A caesar salad goes for $7, a tasty linguine alle vongole, $14, a slice of fresh grilled salmon adorned with greens, $16. Good and somehow entrepreneurially satisfying. As the waiter serves the cappuccinos, that condo tower project you've been talking about with the guy across the table should really start coming into focus.

The focus on Spanish food these days seems to be all about the avant-garde gelatins and foams with which the young chefs, many from the Basque region, are playing. Imagination has its place, but so does tradition, which is why we're grateful to chef-proprietor Jorge Luis Fernandez. Where other Spanish chefs are taking paella and putting it in the blender, Fernandez is serving the rice dish as it should be, though he is hardly ignorant of progress and process -- the vegetarian paella, for example, is made up of organic roots and vegetables with the rice and saffron. Fernandez has as firm a handle on international flavors as he does on his classic mustache. Thus, you can get anything from Australian lamb chops to French cuts of meat. But keep in mind that the tapas, including sautéed cuttlefish or pickled white anchovies, are generally so good that it's all too easy to fill up on the first wave.

The delicious smells emanating from this place tell the complete story -- the fare here is elegantly prepared, flavorful, and satisfying. Granted, you won't be finding jellyfish and sea slugs on the menu, nor will you see shark's fin soup or tripe. But while Jasmine might stick to regional basics such as yu-hsiang lamb, lobster Canton, and shredded beef Szechuan-style, you can rest assured it's also sticking close to quality control -- the lamb is succulent, the Maine lobster fresh, and the beef fiery. An array of noodle dishes also yields items like the sesame chicken lo mein, an item more readily available in Boston's Chinatown, which makes sense when one considers that the sibling restaurant to Jasmine stems from Andover, Massachusetts. No matter its origins, though, what you can depend upon is results, and like the night-blooming jasmine itself, you can bet this place reaches its peak every evening.

Out of sight, out of mind. If you want to disappear with that special someone from your office without your co-workers finding out, you'll find ready concealment here. Many of Punjab's tables are located in the center of its open and airy dining room. Around its periphery, however, await a dozen or so lace-shrouded alcoves. Seating up to four, these six-by-five-foot niches are a shelter from prying eyes and ears. For you romantic types, these cubbyholes of love are private enough for confessions of love and kisses that need not be stolen.

Competition has become tough in these parts for Argentine steak houses. There are just so darn many of them. That's why it's the ones that stay tender -- like Argentango Grill -- that win out. But juicy, marinated steaks and grilled sausages aren't the only reasons this place rules the Latin roost. Argentango also presents delicious South American and Italian options ranging from excellent empanadas to superior pastas, tangy shrimp ceviche to succulent Caprese salad, and grilled sea bass to caesar salad. The result is that you feel neither energetic nor sexy enough to follow a meal with what the name of the restaurant implies, but at least your palate will be dancing in delight. 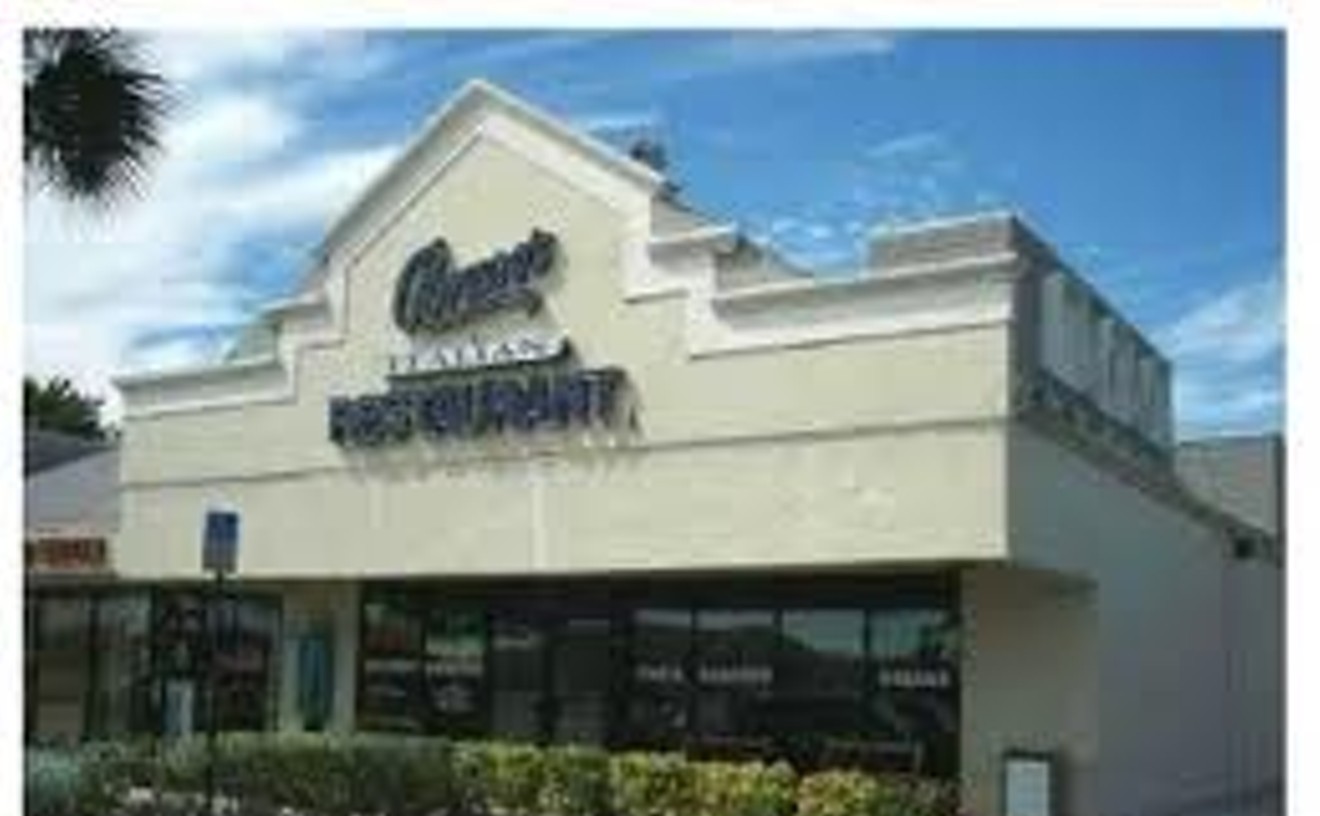 Take into account the décor, dotted with memorabilia and photographs. Consider the manner of service, warm and hospitable. Above all, note the menu, dotted with dishes like "Grandma Kay's farfalle," "pollo alla Alfred," and "Ginny's shrimp fra diavolo." Clearly, the quintessential Italian family is alive, well, and cooking in Pembroke Pines. Indeed, Bruno's claims that it is "proud to celebrate the time-honored traditions of La Familia Italiano... shar[ing] love, laughter, and of course, the most wonderful food." In turn, we're just as proud to honor this family restaurant for permitting others to partake of the love, laughter, and especially the lasagna.

Remember the good ol' days, when chain restaurants like TGI Friday's were good enough to inspire hour-long waits for tables? Those days are here again at Houston's, and it's due in large part to the quality and consistency of the largely wood-grilled, American food. This is the place to count on for an accurately cooked steak, a juicy piece of chicken, a tender rack of ribs, and a decent and fairly priced bottle of California Cab to wash it all down. It helps too that the atmosphere is buzzworthy, that the bar is an ideal place to either take or pick up a date, and that no one throws peanut shells on the floor, wears silly buttons on their uniforms, or sings obnoxious songs in honor of some patron's tenth birthday. In short, Houston's is a chain restaurant for our inner adult, a part of ourselves we all must learn to understand and indulge.

Drive east on Atlantic Boulevard and evidence of the Brazilian enclave of more than 20,000 leaps out at you, from flag symbols on hair salons, cafés, and newsstands to the Saturday special called feijoada served up by Panorama Restaurant. The eatery has been preparing top loin steaks such as picanha e alcatra panorama, picanha a cavalo, and other favorites such as oxtail stew and tripe for a largely Brazilian clientele for nearly a decade. The only other thing that may divert your attention from the waft of seasonings coming from the kitchen is the large-screen TV in the front that broadcasts the jogo bonito -- the beautiful game that is Brazilian soccer. 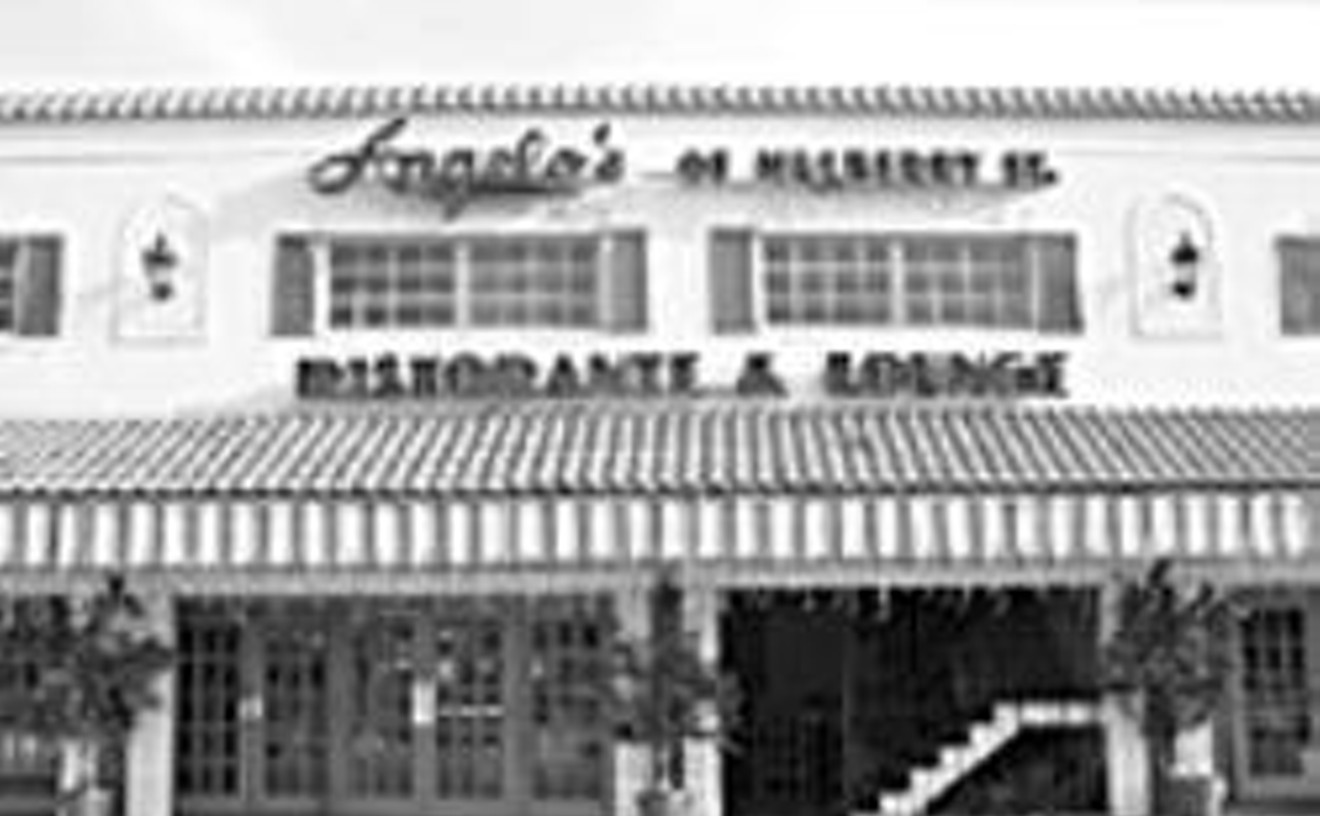 Colby++Katz
A+taste+of+New+York
When you're in Mulberry Street, do as others do: Order as many courses as you think you could possibly eat. Then, after you tuck into the first dish, order three more, making sure to drip whatever it is you're eating onto the menu. That way, diners who come in after you can follow in your knowledgeable, if greasy, thumbprints. The desire to sample a wide variety of the delicious fare is by far the biggest reason Angelo's has been launched into the "expensive" category. In other words, things tend to add up, especially if you ask for a bottle of the Ornellaia Super-Tuscan to drink with dinner. But in the end, the quality and value of the portions jibe so right with the Little Italy pedigree of the restaurant that chances are you'll remember the meal and "fuhgeddabout" the final bill.