Looking for a ten-hour votive candle? A tortilla maker? You could go to Sedano's in Hollywood, as so many of the ordinary do, but why, when a visit to this muy amable grocery in the middle of Fort Lauderdale's version of Little Havana proves you're the cultural adventurer you think you are? Owned by the Linares family for seven years and patronized by people who know from marinating sauces and chorizos, Santa Barbara Grocery packs more variety of selections in its few hundred square feet than most larger "power" markets do in 10,000; it also boasts a neighboring bakery with superb café cubano and a nearby "Latin Sounds" CD store that blasts the latest salsa from an outdoor sound system worthy of Juan Peron. On the Santa Barbara grocery counters, you'll find choices of dried beans and rice, enough types of spices for an Indian wedding feast, and hundreds of Food World mysteries. The meat selection may cause most gringos to pull out their dictionaries, and some basic Spanish won't hurt you when approaching the friendly staff. But how hard is it to say "¿Que es?" when you're holding a package of what looks like corn husks? Go ahead. Ask. They really are corn husks.

The etymology of romaine is about what you'd expect, given that it sounds like a Frenchman's lip-squishing pronunciation of Roman. The stuff dates back, you know. Likewise, romaine tastes about as you'd expect it to, given that it's lettuce. As lettuce, if it's to taste like more than the popped polysaccharides of a plant cell wall, you've got to pour on the dressing. The Deli Den does that fine and then goes Caesar one better by adding splinters of grated parmesan, dense croutons, and mandarin-orange sections like plump wads of knuckle skin. Slap some chicken ($8.95) or salmon ($9.95) on that baby and heap it all in a bowl like an upturned umbrella and you're ready to top off the gratis pickles, slaw, and soup (try the matzo ball) that arrive just after the ice water. Readers' Choice: Houston's 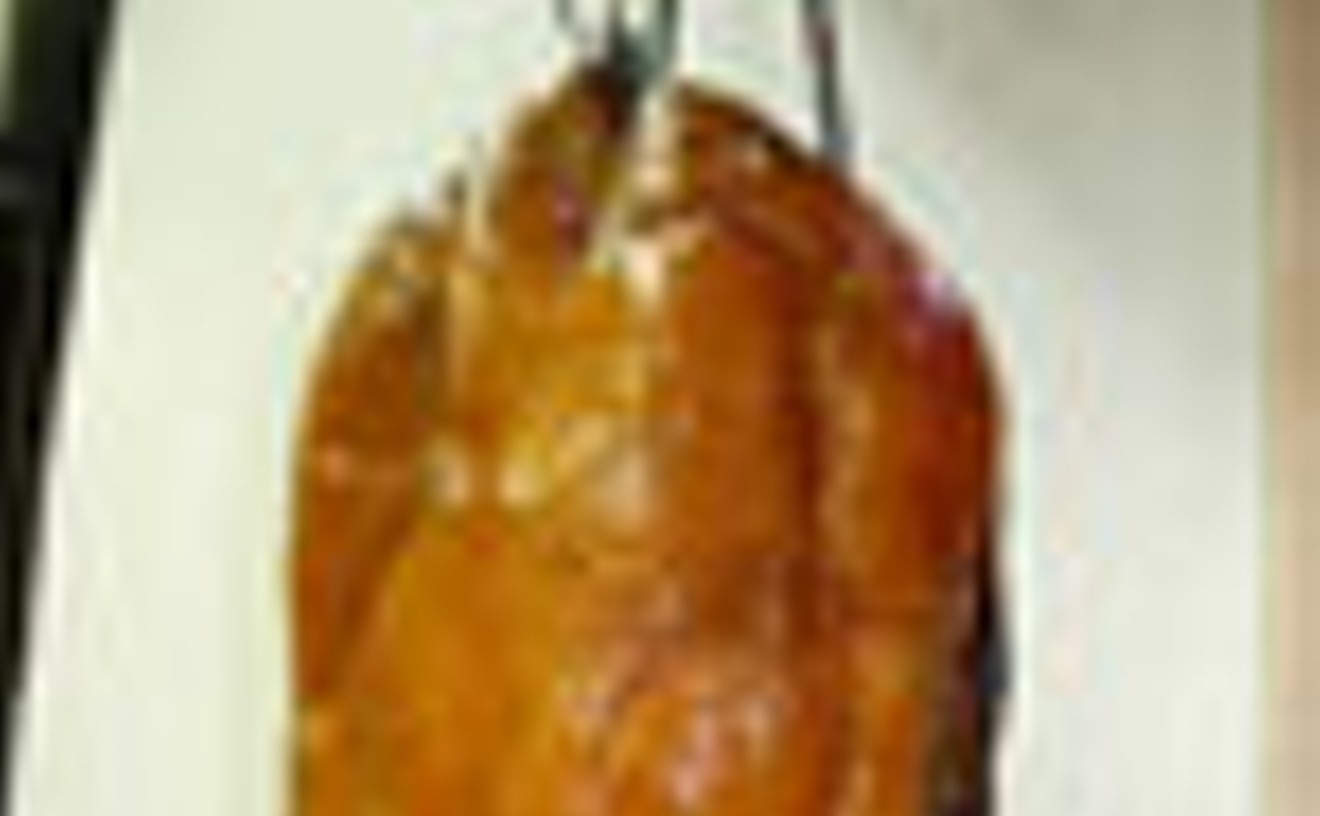 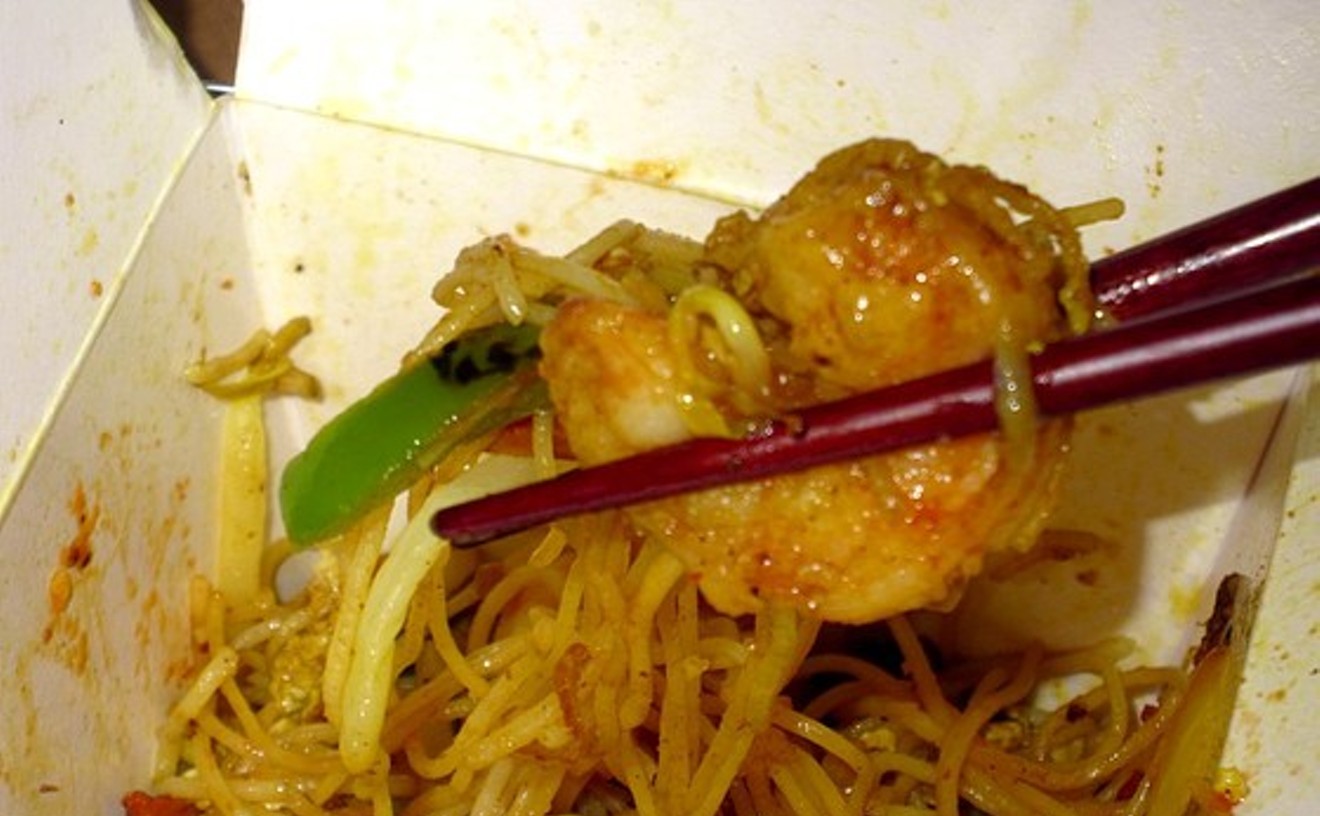 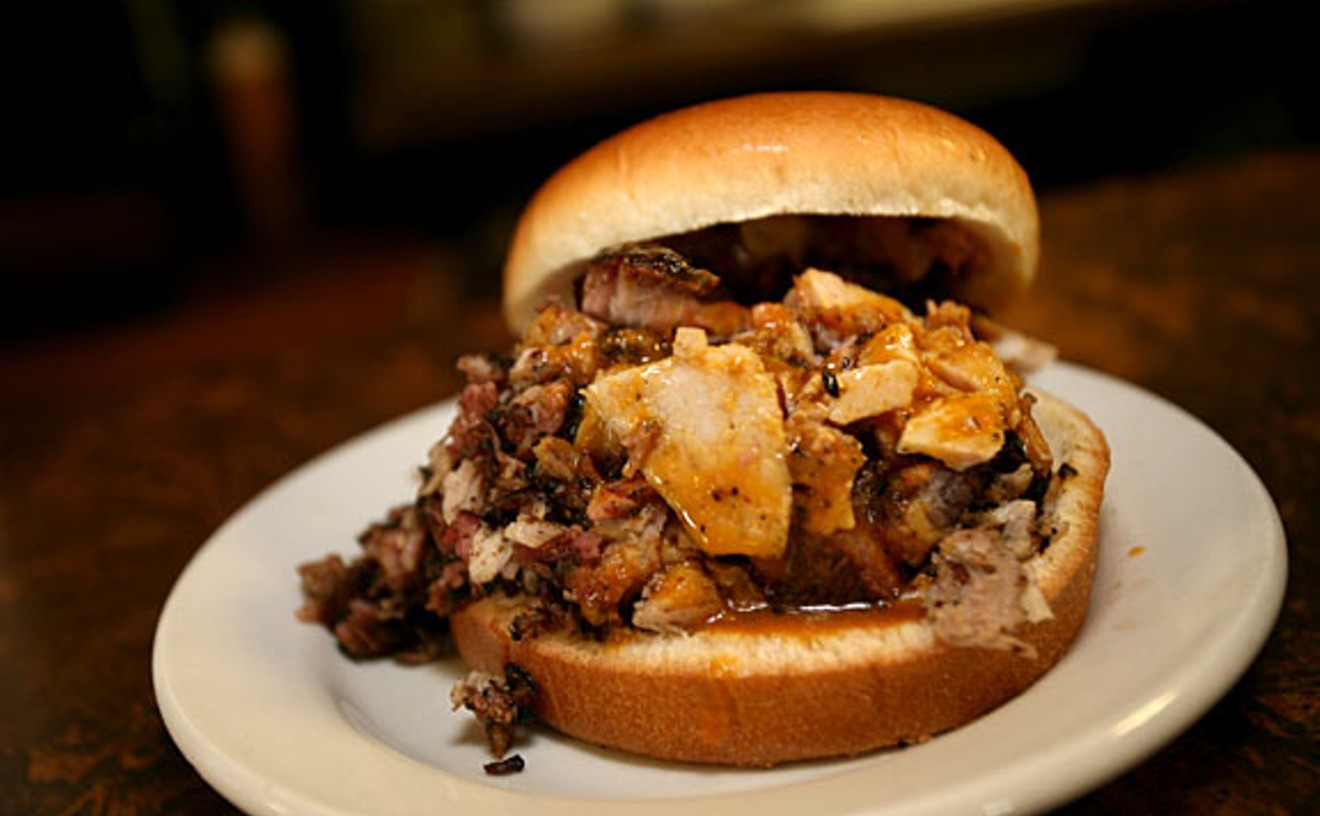