Fane Lozman is walking proof that the Little Guy can beat City Hall. While Lozman is not especially small – he's 6-foot-5 – he was, in political terms, a kind of 95-pound weakling. We're talking about his lack of clout in his adopted home of Riviera Beach, where last year he quixotically took on a questionable redevelopment program that was being ramrodded through by powerful city officials. Lots of harassment at Lozman's city marina slip. An arrest. An eminent domain plan to turn the marina over to Fat Cats.

Long story short: Lozman sued to stop it. The development-mad officials were booted out by voters. And Lozman, a former floor trader at the Chicago commodities exchange, got some vindication in court: Representing himself, he beat back the city's pathetic retaliatory attempt to have him evicted from the marina.

New Times: What does it take to be an activist?

Lozman: You have to be prepared never to give up. They're going to try to intimidate you, to arrest you, to physically push you around. You have to be firm in your conviction that what they're doing is wrong and that they have to abide by the Sunshine Law and the Constitution.

You've been in other countries where people were being intimidated.

I was in Kosovo in 1999. A friend asked me to try to get her sister and niece out of a refugee camp on the border of Macedonia. I saw three F-16s fly over and blow the top off a hill nearby. Loudest noise I ever heard. In December, 2001, I went to Afghanistan to see firsthand how international charities were working. It was bullshit. There were people over there soliciting money for schools and pocketing the money themselves.

Well, Costa Rica is a beautiful country, with the rainforest, the beaches on the Pacific side. It's got some of the best surfing beaches around. I'm not sure about the Bond angle, though. Costa Rica's a good place to go to de-stress, whether you've been doing financial trading or fighting scum in Riviera Beach.

Spunky and sincere, defense attorney Bill Gelin is something of an oddity in the legal profession. He cares more about you than about being paid — he even gave back his law school-issued stopwatch and refuses to live his life in the standard six-minute billing cycles. Although lawyering is his living and he does charge for his services, this 40ish UC-Berkeley alum (Stanford Law) hasn't let years of practicing criminal law in South Florida totally jade him. Instead of throwing up his hands, Gelin got a bunch of other lawyers together and formed the Justice Advocacy Association of Broward County. He blogs almost every day about judges who aren't acting judgely and about the defendants, witnesses, and regular folk who may not be getting a fair shake over at the waterfront jail and nearby courthouse:

Rory J. McMahon is so good that he could've written the book on how to be a private investigator. Oh, wait, he did. It's titled the Practical Handbook for Private Investigators. Undoubtedly, this tropical paradise and the shysters the beachside landscape attracts is what provided both the inspiration and the knowledge base for McMahon's follow-up in 2004, Fraud Investigation, a textbook on how to conduct investigations into white-collar crime. He's a former federal probation officer in New York and Florida, and he's been private-eyeing since 1991. His client list is private, and his firm will conduct surveillance, background checks, and even fire investigations.

The best flacks know the best way to manage their message is simply to tell the truth, the whole truth, and nothing but. Det. Kathy Collins of the Fort Lauderdale Police Department is as straight a shooter as they come in a job that requires an ability to control information. She's even-headed and always returns calls and e-mails, and she doesn't stop until she finds the answer — sometimes it's past deadline, but shit happens. Collins treats everybody the same — polite, professional, and as forthcoming with information as police-work permits.

The young Companion was a pure Hollywood boy, the half-Irish son of a cop. And, bless him, he stayed Hollywood right up until the moment the feds slapped the cold cuffs on his wrists. Hollywood has a long history of organized crime, dating back to Meyer Lansky and a who's who of other Mafia figures who liked to chow down at Joe Sonken's Gold Coast restaurant. And the other half of Companion's heritage, Italian, was the one he favored. He had an Italian flag in his car, idolized Frank Sinatra, and was fond of quoting comic Andrew Dice Clay. In short, he was a goombah — and when he met a mobster named "Big Jack," he damned near fell in love. Soon, he was running a protection racket for Jack and his Mafia buddies and recruiting friends in the force to do the same. It wasn't until after he was hit with bribery, extortion, and drug-trafficking charges that he learned Big Jack was really Joaquin "Jack" Garcia, an undercover FBI agent playing the role of his life. Hey, he might have fallen hard, but he did it his way, baby.

She came into office as a breath of fresh air, beating Bill Griffin, the terribly corrupt former Pompano Beach mayor who tried to transfer the last of the public beach to developer Michael Swerdlow. She helped kill that deal and brought what seemed like common sense and a kind of blue-collar decency into the halls of Pompano power. In a mere four years, though, she became political roadkill, mainly because the public perceived her as a pawn of those same developers. Instead of fending them off, she put her hand out to them — and walked away with fistfuls of cash (something close to $20,000 worth). The voters smelled a rat and in March knocked her out of office in favor of Charlotte Burrie, a former city clerk who refused to accept any money from developers and beat her in a true grassroots campaign. The good news for Foster is that, while she has fallen, she might be able to get back up. Just so long as she remembers that it's the voters who decide who stays in office rather than the deep pockets.

It's a sad trajectory, friends. If you follow local politics, you know the routine: Young and promising politician goes after a tired, ethically compromised old-timer, rides a wave of electoral energy into office, and, after a few years of learning the terrain, becomes a tired, ethically compromised old-timer. But man, it's fun to go along for the ride at the beginning, and Keechl's victory last year over veteran Broward County Commissioner Jim Scott was thrilling. Add in the fact that he's the first openly gay man to hold that position and, well, it's hard not to get a little hopeful that there's a bright spot on that generally bad dais, no matter how jaded we've become. Godspeed, Keechl — and, for goodness' sake, stay away from that sad trajectory.

When his city's CRA overpaid for a piece of land purchased from a Boynton insider, Mayor Taylor didn't try to defend it. He called the city on what he termed a huge mistake in the Palm Beach Post. That's Jerry Taylor. He calls it as he sees it, and while Boyntonians may not always agree with the mayor, they know where he stands. The drive that's consuming Taylor now is moving his city along in its long-term plan to redevelop the downtown area. Some say he wants to go too fast, but after years of waiting, the 70-year-old political vet is supported by the people of Boynton who are sick and tired of their town being an ugly sideshow between Delray Beach and Lake Worth. Taylor is also spearheading an affordable-housing plan in the city, so it looks as if the coming year will be exciting for Boynton and its leader.

Numerous former public officials in two South Florida towns wish Fane Lozman would get a damned job. Because if he had one, they'd still have theirs. Lozman, a wealthy young guy who lives on a houseboat, has made the government's business his business and has turned North Bay Village and Riviera Beach upside down in the process. Most recently, he sued Riviera Beach over its $2.4 billion redevelopment plan because it would have privatized the municipal marina where he lives. The city — his landlord — retaliated by evicting him. Lozman fought the eviction in court and, serving as his own lawyer, persuaded a jury that Riviera had violated his First Amendment rights. The eviction was overturned. Ten days after the verdict came down, four incumbents, including Mayor Michael Brown, were voted out of office — and Lozman had no small part in generating the "kick the bums out" vibe that sent Brown and his chums packing. How did he celebrate the Riviera revolution? A couple of bottles of bubbly in the marina he still calls home.

The Van Horne voice is radio. As he calls Marlins games, his tightly controlled yet strangely melodic voice conveys volumes with the slightest change of intonation. The man is a master whose virtuosity has come with a lifetime of practice. Consider that he called his first Major League game in 1969 on the day the Montreal Expos were born. Now he's in his 39th year, the past seven of them with the Marlins. During the span of two generations, he's called Willie Mays' 3,000th hit, Pete Rose's 4,000th hit, and Steve Carlton's 4,000th strikeout, among other milestones. But during baseball season, he's just Dave Van Horne, the guy with the smooth pipes who guides you through game night. 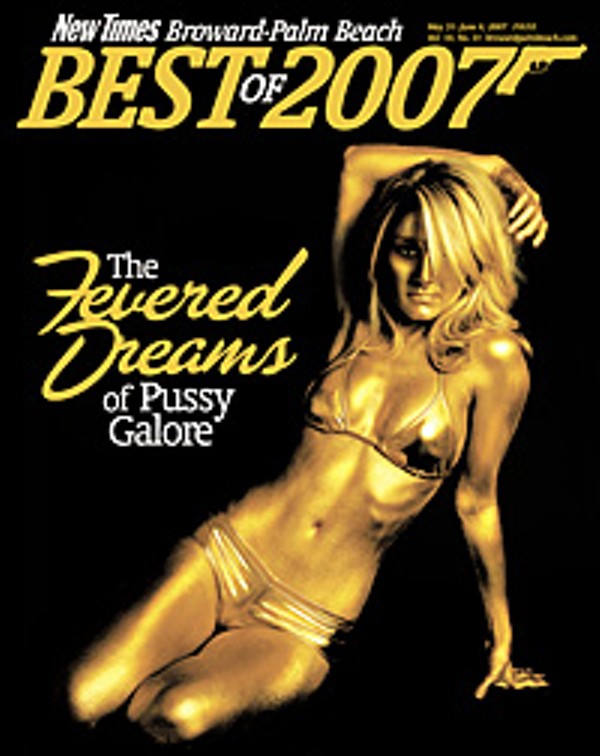