Wes Blackman's City of Lake Worth

In this era of media staff cuts, a midsized city like Lake Worth is liable to slip through the news cracks — unless a tenacious, tireless someone hustles for the skinny at City Hall. That's Wes Blackman. His blog
is required reading for the conscientious citizen of central Palm Beach County. A Michigan native who moved to Lake Worth in 1989, Blackman is an urban planner with particular interest in historic structures. He serves on numerous planning and landmark preservation boards, but that doesn't stop him from castigating city officials. Commissioners Suzanne Mulvehill and Cara Jennings are his favorite targets. This blog ain't one for fancy graphics. Blackman's idea of an exciting image is a scanned item from the commission agenda. But Blackman's enthusiasm for his subject is as infectious as it is admirable. He pores through the agenda and backup material in advance of commission meetings, pulling out the most interesting items and adding the context one needs to understand an issue. It's a fascinating, meticulously detailed study of one city's political theater. Blackman, who lost a bid for the commission in a March 2007 runoff by fewer than 200 votes, has still found a way to have his perspective shape city policy, and Lake Worth is better for it.

Yeah, we'll have to go with Jack on this one after he crushed his opponents to become mayor of Fort Lauderdale. The former state legislator has the common man's touch. He's an old jock with a big family. And he looks, in a certain light, just like a Neanderthal. How much more common can you get? But under that heavy brow is a shrewd operator, sort of the caveman lawyer of Broward County. He plays all the angles just right, and while he's no angel, he always manages somehow to keep his hands clean. And now he's won this great honor — but watch out, it comes with a cautionary note. During the past few years, we've endorsed Ken Keechl (recently disgraced in the Mutual Benefits scandal), Ben Graber (sold out and washed up), and Steve Gonot (criminally charged and removed from office). Seiler will surely have a bright future — so long as he can survive the "Best Of" curse. 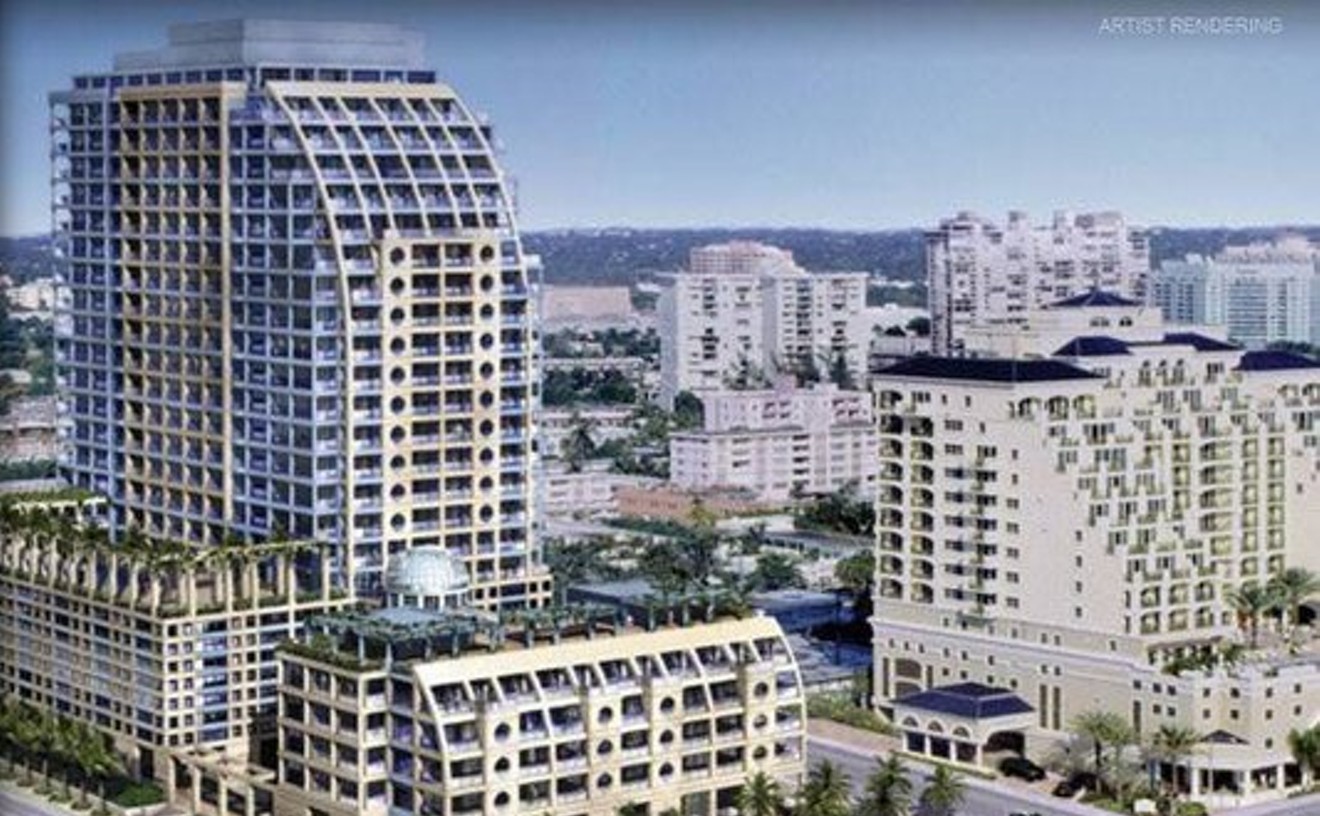 If and when our country degenerates into a Hobbesian nightmare where the poor and hungry have revolted against the rich in a swift, brutal redistribution of wealth, the first audacious target for the angry proletariat with discerning taste will be the new Trump International Hotel & Tower. A monolith of ostentation at the center of Fort Lauderdale beach, the local Trump Tower symbolizes everything about the indulgent high-end development boom that helped America into the worst economic quagmire in generations and earned South Florida the moniker the Repo Riviera. But damn, that building is gorgeous! Designed by architect Michael Graves, the blue and yellow, 24-story curvilinear structure — which occupies no less than two acres of beachfront property — sets a new standard for luxury while still paying tribute to the region's art deco roots. The building itself features a 5,000-square-foot spa, an ultra-high-tech gym, a sixth-floor roof deck with a mosaic-tiled pool (replete with cabanas), and almost 300 rooms and suites with marble baths, oversized windows looking out at the ocean, and some of the most expensive beds you can buy. So when the weak social contract that binds society fails, look for the beautiful blue edifice by the sparking sea, where life will be anything but nasty, brutish, and short.

It was late into a local comedy showcase at the Improv Comedy Club last year, and the crowd was getting restless. The night had been good, mostly, but after a couple of lifeless sets, people in the audience were ready to pack it up and hit the door — that or grab a pitchfork and storm the stage, unruly-mob-style. But just as the tension was about to blow, Cuban-American comedian Adrian Mesa took the mic. With a swagger afforded by a combination of confidence and booze, Mesa launched into an aggressive set of jokes that, like some airborne pathogen, spread a cloud of funny around the room so thick that everyone in the audience had no choice but to start cracking up. He sang faux American Idol-style tunes about rotting garbage, he shot boundary-crossing jabs at Miami's Cuban population, and he mined material from his personal resemblance to Super Mario (complete with billowy mustache, lovable paunch, and Grandpa-esque flat cap). And after his set was over, people's asses were not only glued to their seats; they were screaming for an encore. It's not easy pulling a 180 on a room like that, but Mesa did it. 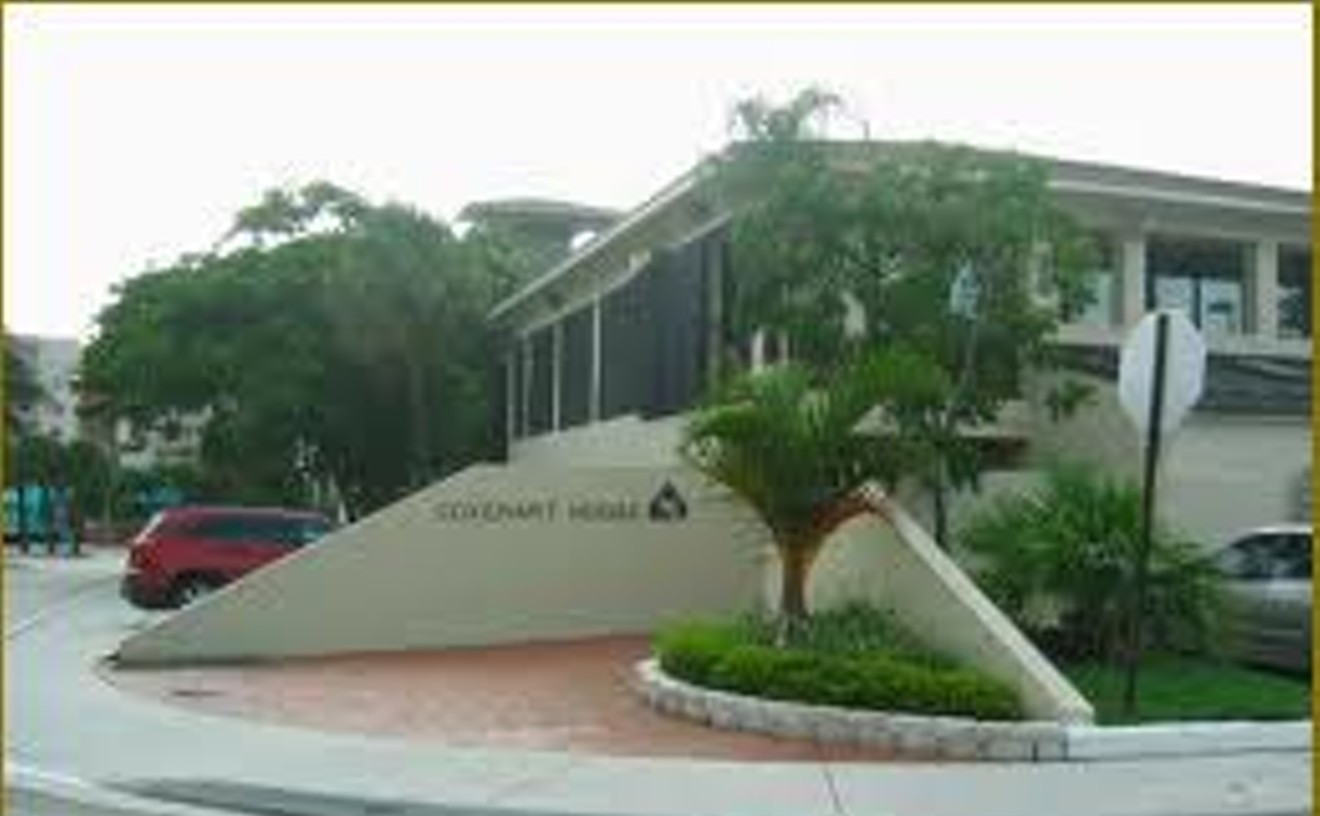 James Randi's crusade began in the early 1970s, when Uri Geller convinced a bunch of Stanford scientists that he could bend spoons with the power of his mind. Randi painfully exposed Geller as a fraud in a segment on the Tonight Show With Johnny Carson. In the years since, he founded the James Randi Educational Foundation and has taken on faith healers, psychics, mediums, astrologers, redneck martial artists, homeopaths, theosophists, scientologists, spiritualists, fairies, and, beginning in 2003, gods. At the age of 36, Randi began offering money to anyone who could demonstrate a paranormal ability under proper laboratory conditions. Randi is now 80, the prize has swelled to $1 million, and nobody's claimed it yet. Randi's fairly certain that nobody will before he passes over into the Big Nothing. But as always, he is willing to be proved wrong.

Good government needs checks and balances, which is why Mayor Lois Frankel needs Mitchell. Frankel has had notoriously close ties to developers. That, plus her close friendship with Joan Goldberg, project manager of the city's ambitious, expensive waterfront project, begs the question of whether the mayor could really be objective on the matter. Mitchell wanted to use that money in the city's blighted neighborhoods — and her instincts are usually right. Take the massive City Center project. Mitchell was the one commissioner who thought the city should delay construction until after the voters had cast ballots on the issue. By forging ahead, the city got hauled into court, which brought costly delays and legal expenses. Mitchell is such a forceful, pesky adversary to Frankel that the Palm Beach Post wondered whether Frankel had directed the city attorney to disqualify Mitchell's reelection candidacy based on a petty technicality. The maneuver cost West Palm taxpayers the expense of a special election, and Mitchell won anyway. Today, she's more powerful than ever and planning a mayoral bid in 2011, when Frankel is termed out. Perhaps then, Mitchell will finally get the wish she made during a commission meeting in August when, after a fresh round of harassment from the mayor, Mitchell said "Leave me the fuck alone, Lois," and stormed off the dais. Frankel's tough, but in Mitchell, she has met her match.