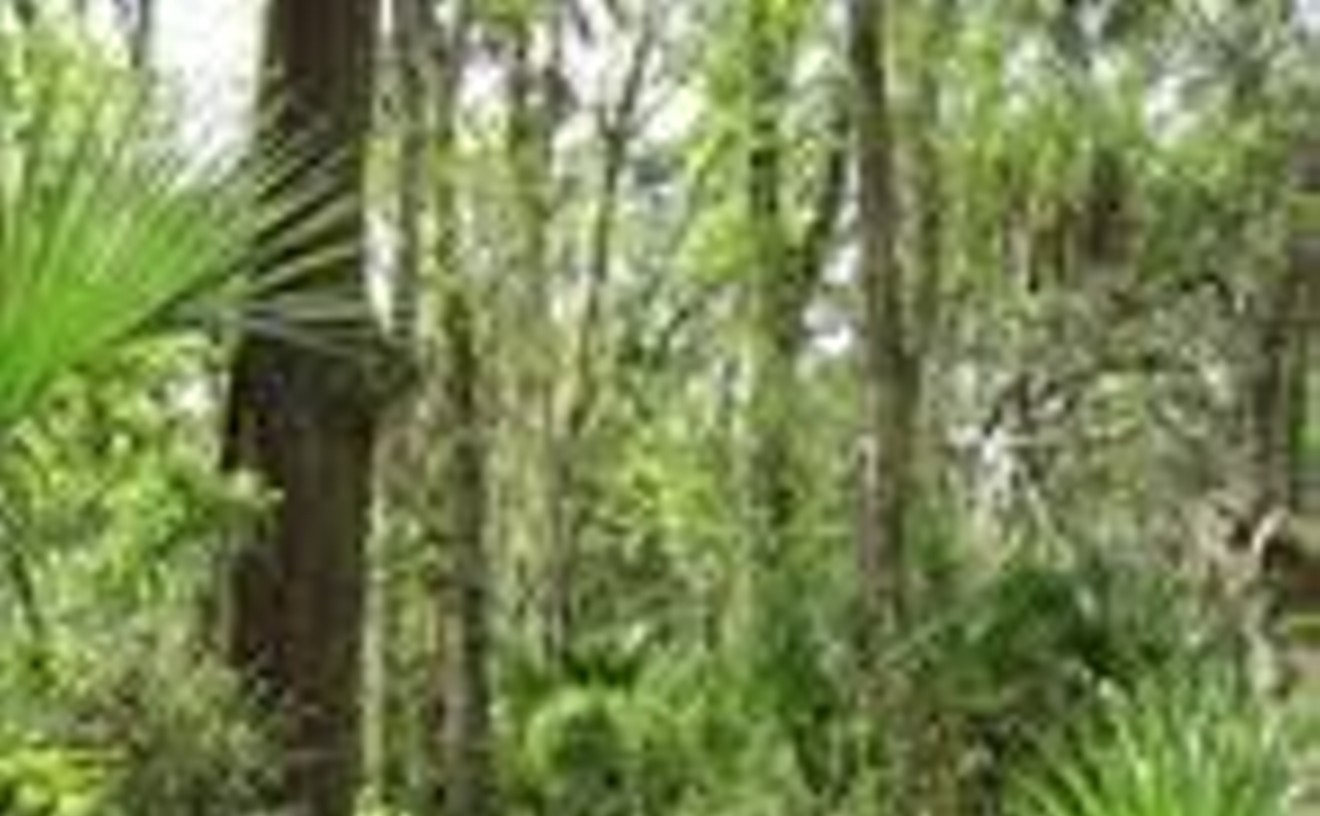 David Booth doesn't have a C or an A on his sweater, so technically he's not a team leader. But ask any player in the locker room and you'll get a different opinion. At 24 years old, Booth is having the best year of his career. He's among the leaders in goals, assists, shots, plus-minus, and power-play points. But it's the things that don't show up on a score sheet that make him the best player on the Panthers. Booth scraps for every loose puck, he's not afraid to crush the opponent into the boards or in the open ice, he pesters goalies by buzzing around the net, he plays solid defense, and he draws extra defensive attention whenever he has the puck in the offensive zone. Booth makes every player around him better and plays with an edge that's spreading through the organization like wildfire. David Booth is what hockey is all about. 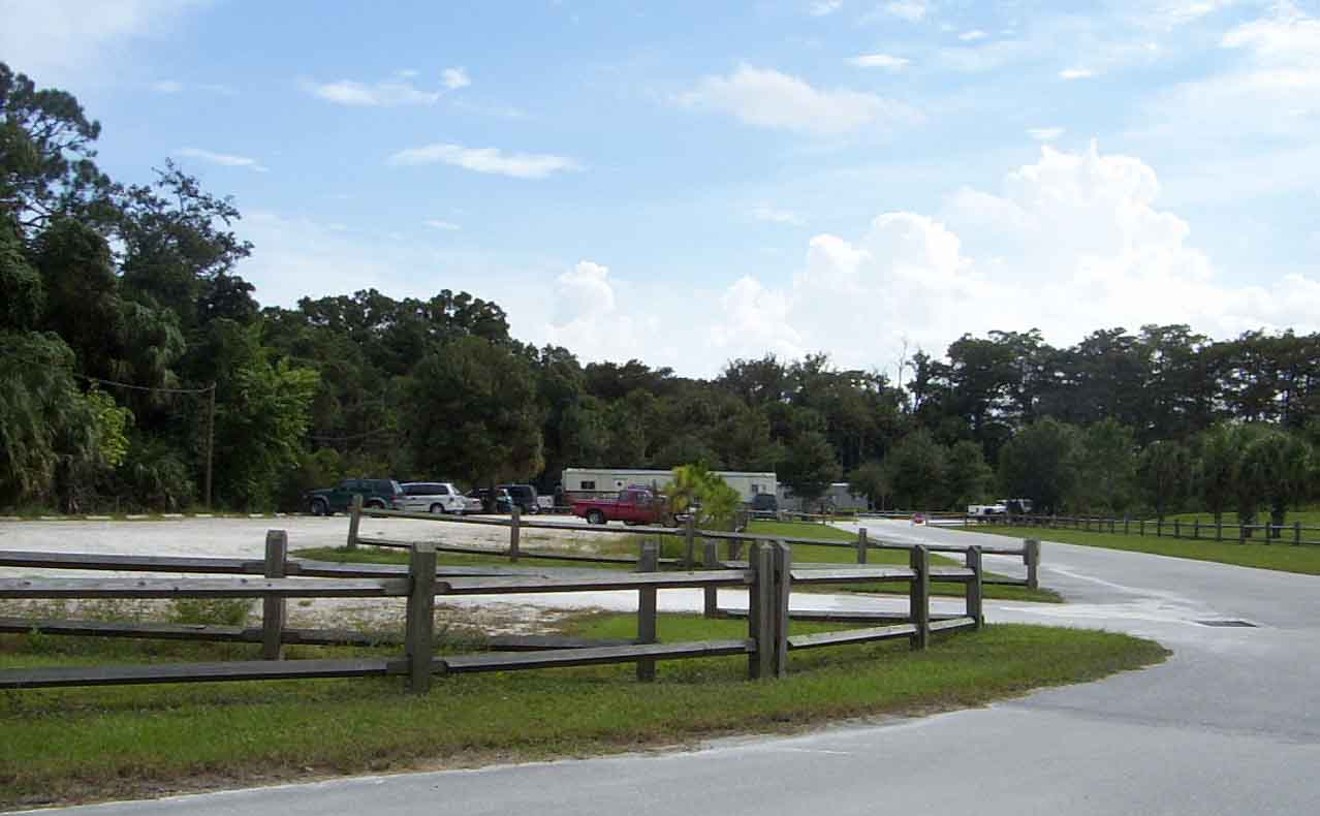 It's easy to look out on that sea of green west of the Sawgrass Expressway and call it Everglades. But if you want true Glades swamp, if you want strands of cypress that slap the heat out of the Florida sun, you've got to go north. You'll find one of Florida's most pristine cypress strands at Jupiter's Riverbend Park, where you can canoe, bike, and hike in backwoods Everglades. The 680-acre Riverbend is just 2 years old, but for years, the piece of undeveloped land has served as the starting point for canoe trips down the Loxahatchee. The all-day trip takes you over two dams that become waterfalls when the river's high. Along the way is the old Trapper Nelson homestead, which provides one hell of a picnic spot. And with the creation of the park, there's now more to do in Riverbend than just canoe. The county added 15 miles of hiking and biking trails that take you through that same cypress canopy that covers the river. It's like natural air conditioning, and it's one of the state's most pristine examples of old, swampy, cypress-covered Florida, the way it should be.

Best Place to Get Wet 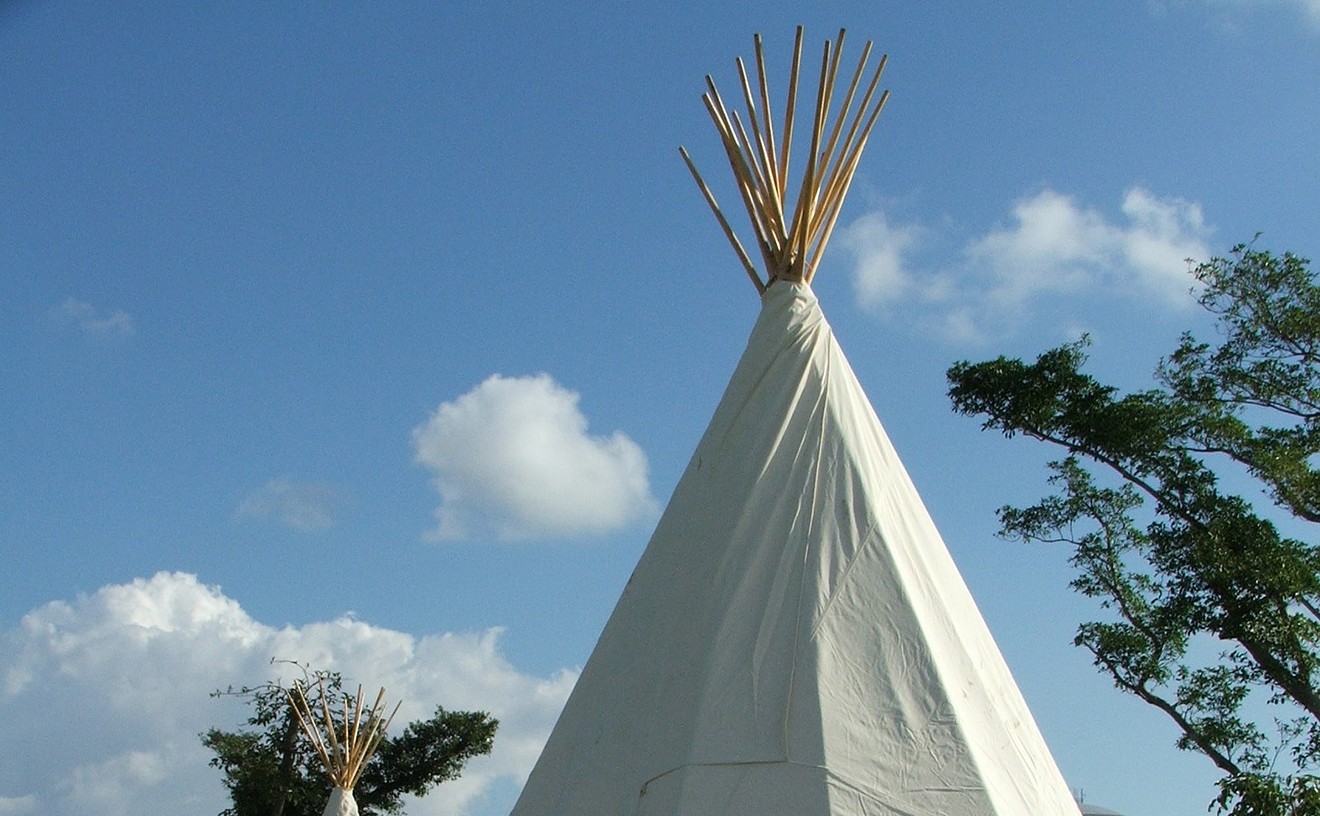 Here's the first brutal truth about Florida's coastal inhabitants: We don't all own boats. So logically, we've adapted by befriending people who own boats. But here's the second brutal truth: It's not always easy to stay on the good side of our boat-owning friends. Fortunately, there's a wet sanctuary between this rock and a hard place: Ski Rixen. Welcome to the world of cable skiing, where there are no boats, no boat maintenance, and, most important, no friend maintenance — because a cable is there to pull you over the water. You can wake-board, knee-board, water-ski, slalom-ski, trick-ski, or surf. The water-ski resort requires you to be at least 12 years old. Rental prices vary, from an $18 one-hour ski pass to an exclusive two-hour session for you and 14 friends for $375. 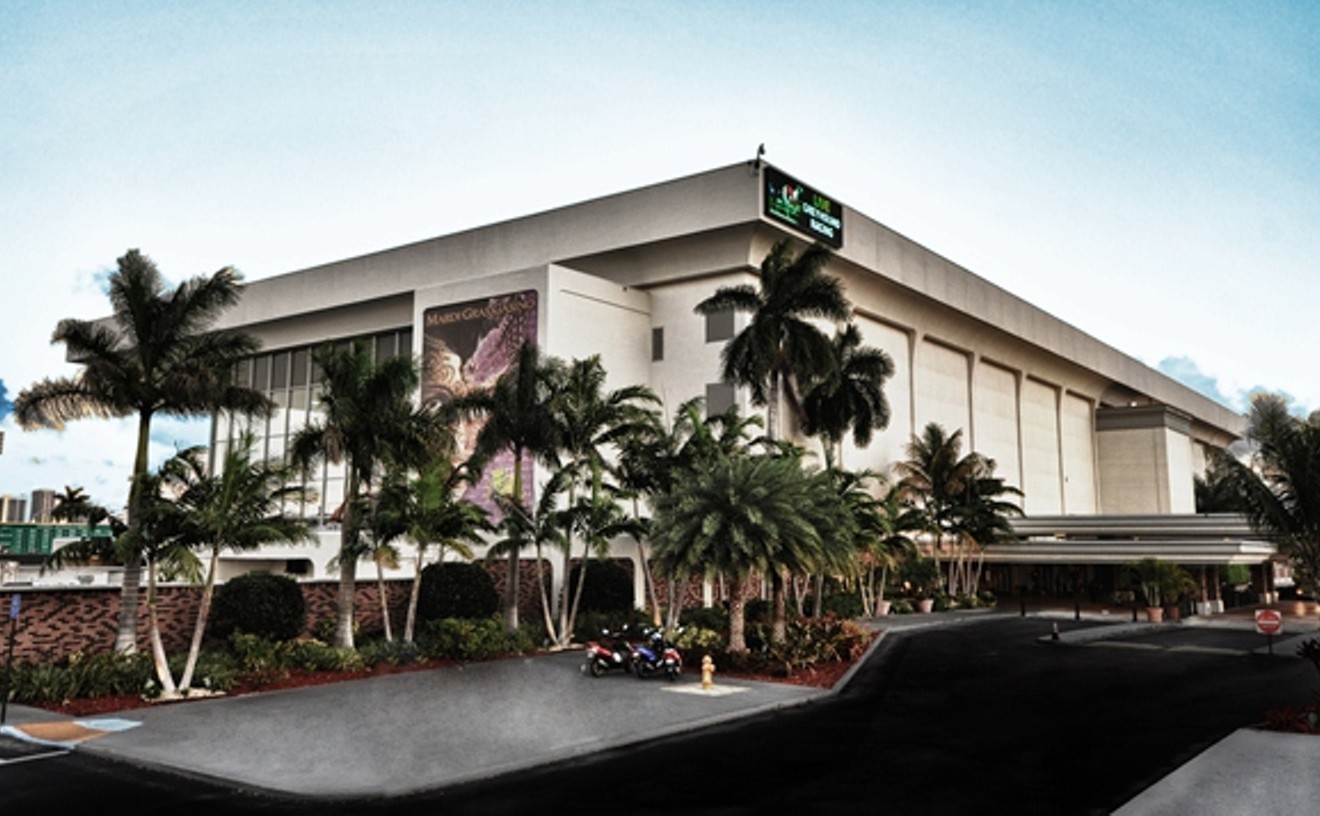 The setting isn't elegant. The players aren't particularly warm. The pots aren't huge. But if you want to play uninterrupted poker 24 hours at a time and you don't feel like gambling with the Seminoles, Mardi Gras is your only choice. The poker room has two 12-hour licenses with the state. So while poker players are getting the boot in Pompano, Dania, and Hollywood, the red-eyed men and women in Hallandale are still stacking chips through the night. Oh, and the best part: Several nights a week, a local greyhound adoption service sets up a booth not far from the poker room. It always has a few of the adorable, regal, future pets on hand, ready to get scratched behind the ears — or better yet, get adopted. So even if you go broke at the table, you can leave a winner.

All that we can tell you, definitively, about the Huizenga pool is what government satellites and property records tell us: that it occupies a space 86 feet long and 40 feet wide, that it's nestled on the northernmost tip of an exclusive finger of land called Ponce de Leon Drive off Las Olas, and that it's just one luxurious feature of the trash-hauling and movie-rental mogul's $13 million manse. For the rest of the details, we must rely upon reports that have come second-, third-, and fourth-hand, which collectively paint a dazzling picture of a mythical, Shangri-la-style setting. It is said that water in the Huizenga pool is collected drip by drip from the melting glaciers at the polar icecap, in the moment before their purity would be lost to the salty sea. It's then heated within the fuselage of the supersonic jet that conveys it to the Huizenga home. In the Jacuzzi, what looks like water is actually the urine of unicorns, capable of healing cavities, cold sores, and hemorrhoids. While one lies on a chaise longue, virgins who are Bond-girl hot conjure a breeze by waving palm fronds. If one isn't too exhausted, Gary Kasparov will let you trounce him in a poolside chess match. The single flaw? No diving board, meaning the pool sucks for cannonballs.

Ultimate Frisbee (like soccer, with a Frisbee instead of a ball) is exhilarating enough on its own, but try playing with the coed team Pompeii's Children. This squad has struck a perfect balance between being highly athletic and yet awfully silly. Players have been known to make bets among themselves in which the loser is forced to play wearing a muumuu. They've also devised a whole fantasy league based upon the team's real-life lineup. Pompeii hosts practice on Tuesdays and pickup games on Fridays in Hollywood (everyone, including beginners and females, welcome) and travels to other cities for the occasional tournament. There, the team usually lands third place but almost always takes home the trophy for "Spirit of the Game." Pompeii's dominance in the spirit category might have something to do with its post-game ritual of pouring vodka and orange juice straight from containers into the mouths of opponents. Or it could be because of the Slip N' Slide they tote around, greasing it up with soap and water for layout contests (feats of athleticism that involve players leaping horizontally in midair for the disc). What we know for sure is that for ten long years now, team captain Kristin Deffler has created tons of good, clean, healthy fun — all around a simple piece of plastic.

Mario Chalmers is an old soul. He has an almost preternatural calm on the court, as if he's been there not only his entire lifetime but also a few others. That's a very good thing for a point guard and team general. His rookie mistakes are more like sophomore mistakes. The offenses he leads have a tendency to take on his smoothness, but his best trait may be his defensive tenacity. Sometimes he has a little too much of it and gets into unnecessary foul trouble, but that's a problem any coach will take. As good as Chalmers is, the choice is certainly arguable. Michael Beasley is another special rookie with the skills and confidence to be a star in the NBA. He just happens to be a young soul (his favorite show is SpongeBob SquarePants, for crying out loud). Look for Beasley to be the best sophomore.

Snorkeling isn't exactly the most expensive seafaring hobby you can take up, but to find most of the best spots requires some cash. Aside from buying the gear (or taping a few bendy straws together and hoping for the best), most of the prime scuba and snorkeling spots require a boat to get you there and back. So if you're looking to do some snorkeling on a budget, head out to Anglin's Pier on Commercial Boulevard. Just a hundred or so yards out from the pier, peer down and you'll swear you're a mile out. The gorgeous, clear water is home to hundreds of brightly colored schools of fish, a few sea turtles, and the occasional nurse shark. There's no fee for this snorkeling spot, but it can get crowded, especially during the dog days of summer, so prepare to get out there early or be ready to swim out a little farther to avoid the crowds.