All of Fort Lauderdale

We must confess, it's a depressing fact that Broward lacks any "one" spot for ladies who love ladies. Where are we, girls? Too tired from a day of unloading the U-Haul to get out at night for a round of Dos Equis? The good news is that there are so many lesbians on this sunny Southern tip of America's wang that the probability of running into a group of them is very, very high. So high that your girl probably dated one of them, and that ex's best friend just scheduled a tire slashing for later this evening. You've been warned.

If Ferris Bueller were a millennial, he would skip lunch at Chez Quis, ditch the parade, and head straight for Scarlett's. For at Scarlett's, not only is lunch free — with a drink purchase — but he could dock that 1961 Ferrari 250 GT at the complimentary valet to the tune of Yello's "Oh Yeah" as luscious ladies of every flavor paraded through the 25,000-square-foot venue like a winding assembly line of sexy. (And yes, they do strut their stuff to "Oh Yeah.") There is no better place in South Florida to dine on filet mignon sliders ($15) while feasting your eyes on the sexiest bodies the Sunshine State has to offer. Scarlett's boasts eight stages, 11 poles, 16 private suites, and plenty of VIP seating. And if you're wondering how the girls keep in such stunning shape, just take a moment to admire the way they slide up and down the pole. Up and down. Up and down...

Round Up Nightclub & Restaurant 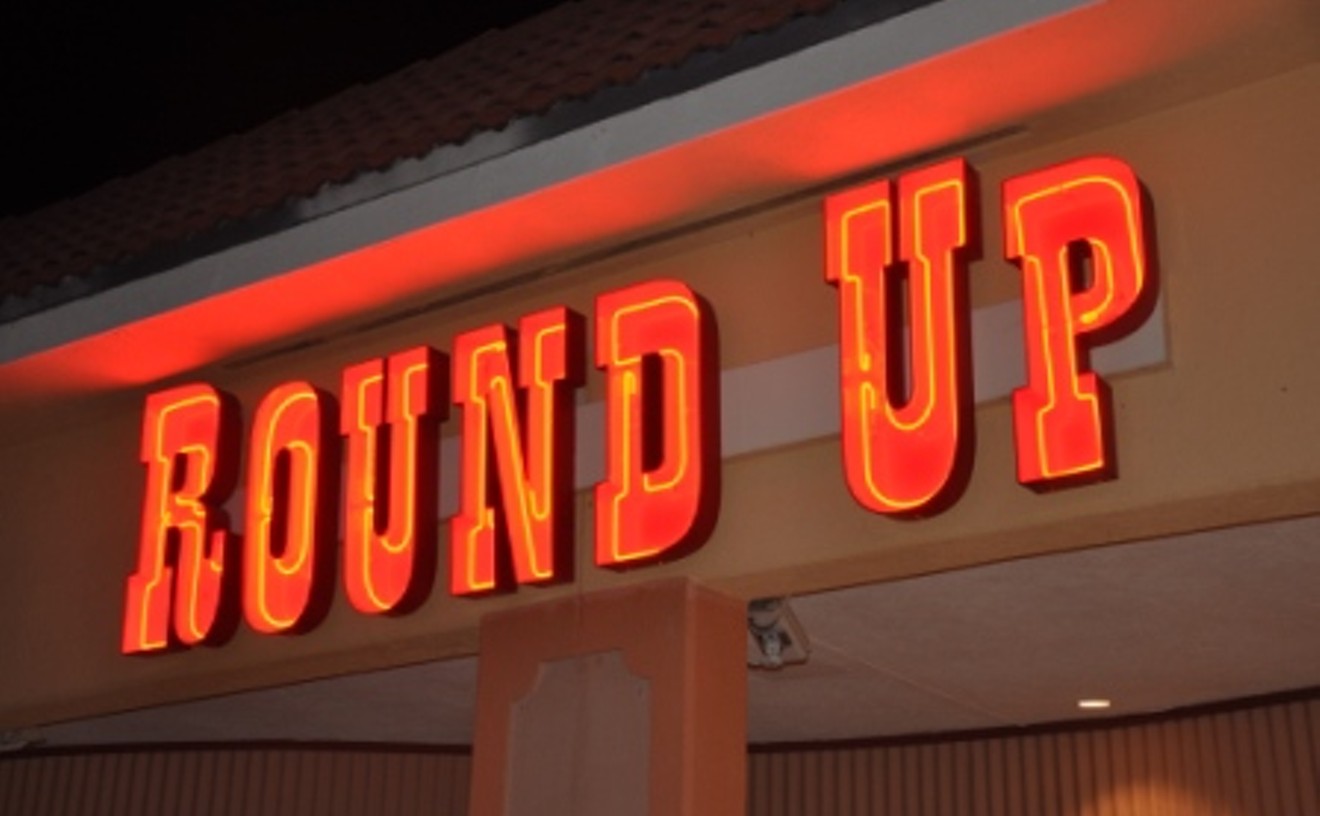 When people think South Florida, dudes in cowboy hats and Wranglers aren't the first things to come to mind. But come on down to Round Up (not to be confused with the killer Monsanto pesticide) and see Broward County get in touch with its Garth Brooks side. South Florida's finest country-western bar is a multilevel hang with live music, a huge dance floor, and ridiculously good drink specials, such as free drinks for ladies every Wednesday and Friday — that's free drinks all night long, not just during happy hour. But it's still South Florida, so if you want to get your VIP section and bottle service as you listen to the band sing about lost love and pickup trucks, this is the place. Oh, yeah — there's also an art gallery. This place is enough to make you stop saying crazy things like, "I listen to everything except country."

Best Place for a Quickie

The Bathroom at Bimini Bay Bar 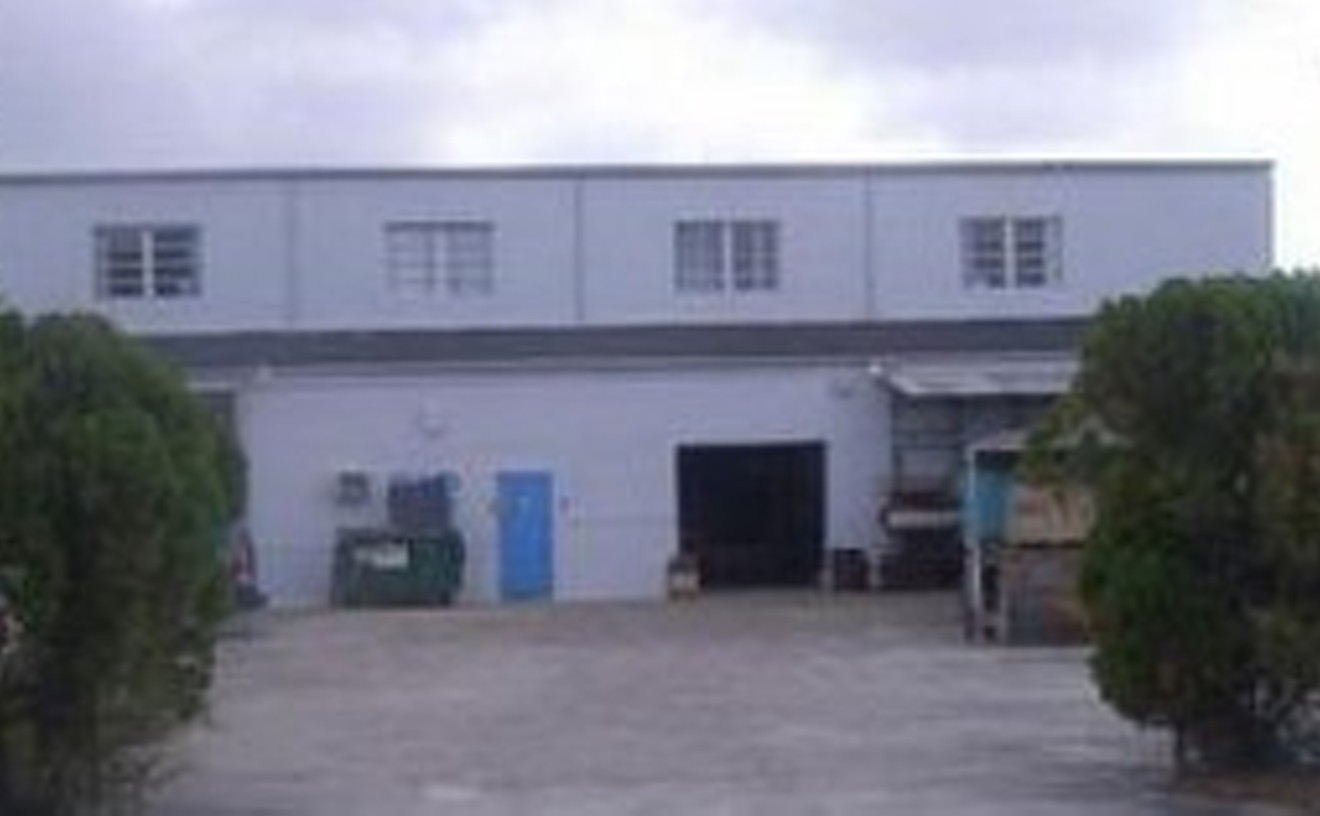 This Fort Lauderdale musical institution shows no prejudice. Just in the past couple of months, it's emphasized diversity: from the hip-hop of Lil Wayne to industrial legends Ministry to pop princess Charli XCX to the indie dance of the Ting Tings. With a massive pit in front of the stage bordered by elevated edges hosting the bars, coupled with a second-floor wraparound balcony, there truly is not a bad spot in the house.

Since opening last January, Crafti Bar has been giving Fort Lauderdale a heavy dose of live music. In an intimate environment with a friendly staff, you can reggae reggae reggae every Friday night with Fourth Dimension. Rock 'n' roll and jazz are also represented regularly. If staring at live musicians creeps you out, DJs are also on the schedule. Monday night is old-school hip-hop night, and Wednesday features house music. The owners are trying to bring a Wynwood vibe to Fort Lauderdale and named themselves after the craft cocktails they pride themselves on serving, so you can come for the drinks and stay for the music... or if you prefer, come for the music and stay for the drinks.

It's no coincidence that Bobby Lee Rodgers is always being booked along the coast of South Florida. From opening at the Fillmore for Dave Chappelle or at Revolution for Les Claypool, whether alone or as the Bobby Lee Rodgers Trio, he always brings it. Jamming out on his blues guitar, smiling throughout his sets, the native Georgian but current Broward County resident always has the energy to get the crowd dancing. Get to the venue early.

The Sunny Devilles, a Boca-based hip-hop duo consisting of Tanner Kauffman and James Bauer that adds jazzy soul to its beats and lyrics, have been a welcome addition to the South Florida hip-hop scene. The two musicians, who met while skipping class in high school, draw on a wide range of genres outside of hip-hop on their debut album, In Search Of..., which features everything from synthesizers to saxophones. More for conscious hip-hop heads than house-party jams, the album, Kauffman says, is "reclusive. It's more for something you listen to when you are by yourself, when you are in a rut and need to get out of it." After busily touring South Florida, the group recently brought its chilled-out funk style to other parts of the country, making sure other towns get to see that South Florida's hip-hop scene is far more diverse than generally depicted. Strip clubs and hustlers are still cool, but there's much more going on here, as the Sunny Devilles easily prove.