The Isley Brothers loved to cause a ruckus. They released "Shout" in 1959 and "Twist and Shout" in 1962 (and a few people probably made some noise to their 1983 single, "Between the Sheets"). Both songs are classic singalongs at parties and weddings and are perfect fits, thematically, for Shout Karaoke in downtown West Palm Beach. Like its musical namesake, Shout is a fun, friendly, and often silly karaoke joint with options for both the attention whores and the shy guys. An unassuming entrance leads directly into the heart of the action in front of the main bar. The entire floor is the stage, allowing singers to hide near a hi-top or strut their stuff in the faces of passersby. In the rear is a second bar and lounge area, and eight private karaoke rooms line either side of the lounge. It's ideal for birthdays and private parties, and upstairs in the pool hall, there's an escape from all the wailing banshees. The best thing about Shout is how supportive the room always is. Regardless of your level of suck, people will always clap. (Yes, a bit of liquid courage poured by the awesome bartenders helps.) 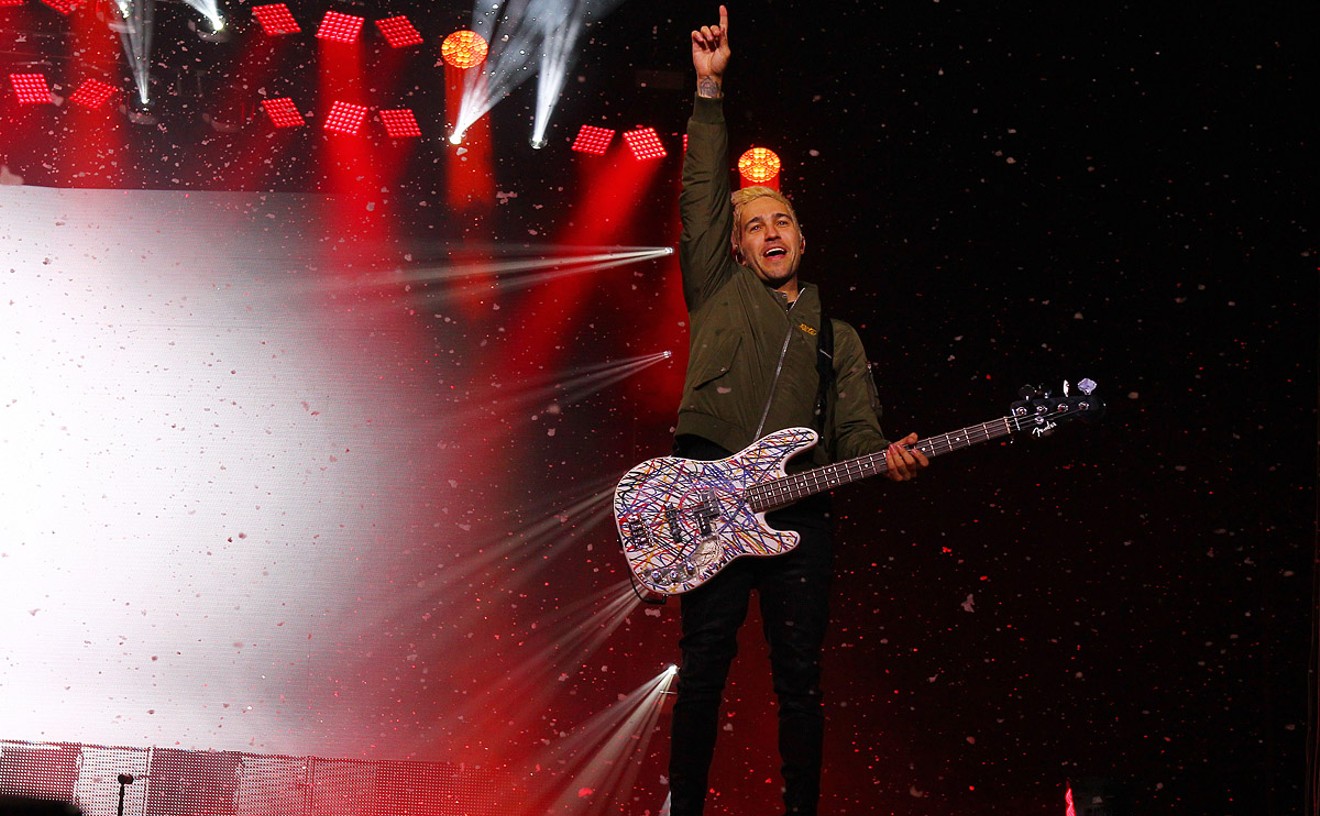 An enclosed, multipurpose arena seating 5,500, the iconic Hard Rock Live is most famous for hosting massive music and comedy shows, but it has also served as home to sporting events like world championship boxing, tennis, and rodeo events, as well as celebrity charity fundraisers and exhibitions. Opened in the summer of 2005, it's competed with similar sized venues like the 5,000-seat Mizner Park Amphitheater in Boca and even larger venues like the 20,000-seat BB&T Center in Sunrise, bringing in legendary acts like the Beach Boys, Billy Idol, and Diana Ross as well as more recent luminaries like Fall Out Boy, Weezer, and comedian Tracy Morgan. Draws for talent and fans alike include the venue's state-of-the art sound system as well as its modern, scaled-down pro sports arena feel. Coupled with the fact that it's nestled within one of South Florida's premier casino and nightlife hubs, the always-professional Hard Rock Live consistently delivers top-rate talent in a comfortable, dynamic atmosphere.

It's been a while since the party people of Fort Lauderdale have had an intimate live music venue with the quality bands and kickass sound system that can compete with the larger, more expensive clubs. Screeching wannabes in hot, smoky bars with sticky floors have satisfied our lust for rock 'n' roll for too long. But Trio Live is an upscale club close enough to the freeway to be convenient and just far enough from the beach to offer plenty of free parking. Its analog sound system is a claim to fame, presenting music in the raw, grainy splendor that true music connoisseurs demand — powerful enough to pound out blazing classic rock on weekends, yet clean enough to have a conversation over smooth jazz and soulful blues on Wednesdays and Thursdays. Rock out to bands like the Long Run, Jeffrey James Gang, and Riverdown without having to sidestep through puke or make a mad dash to find a clean restroom. Trio Live offers a full menu, a generous bar, and no cover charge.

After closing out its record-breaking fourth edition this past April, Tortuga Music Festival finds itself in a particularly sweet spot. No longer in its infancy, the country-style fest drew nearly 90,000 guests over its three days. But unlike some nationally covered fests like Bonnaroo, Tortuga still retains much of what has made it great from the start: its own singular, completely shameless identity. Tortuga-goers let it all hang out: fake breasts, natural breasts, cellulite, beer guts, Crossfit abs, bad tribal tattoos, body piercings, and butts in every shape and size. And though there was no shortage of cowboy boots and hats, braided blonds, American flag paraphernalia, and painfully obvious graphic tees this year, Tortuga has yet to become a caricature of itself. Bonus: Tortuga has helped raise awareness and more than $250,000 for ocean habitats through its volunteer program and onsite Conservation Village. Tortuga is a bit country, a bit rock, a lot of soul, and shamelessly tacky in all the best ways.

Rachel Nichols is arguably the purest and best sports journalist working today. And for good reason. Nichols, who started her career as a reporter at the Sun Sentinel, has carved out a niche as a force of nature, tackling uncomfortable issues and getting to the marrow of the important sports stories of the day. Nichols, who has been a fixture on ESPN and TNT, really hit her stride this year, when she openly confronted NFL Commissioner Roger Goodell's seemingly waffling stance on his league's handling of domestic violence with players. Likewise, Nichols didn't hold back when she questioned boxer Floyd Mayweather on his own ugly history with domestic violence. In a business that has been traditionally dominated by men and is saturated by talking heads who are more eager to spout their hot takes over doing any real reporting, Nichols has shown that she's one of the only ones to get to the heart of the matter on issues that impact everyone in and out of the sports arena. Her hard work has paid off with her own ESPN TV show and by being named "the country's most impactful and prominent female sports journalist" by Sports Illustrated. They can remove the word "female" from that sentence, and it'd still ring true 100 percent.

Was there any political downfall as cruelly spectacular as Ben Carson's this year? Before running for president, the Detroit native turned Palm Beach County resident could not have been more respected in neuroscience. His story was an American fable: Born into extreme poverty, Carson grew up with a violent streak and once attempted to stab his friend in a fit of rage only to be stopped by a well-positioned belt buckle. After changing his ways, he went to Yale and got a medical degree from the University of Michigan before becoming one of the first men to separate twins conjoined at the head. His autobiography, Gifted Hands, stood as a shining example of how to lift oneself out of poverty. Cuba Gooding Jr. even played him in a made-for-TV version of the book. But once Carson decided to run for president, everything unraveled: Seemingly a man of science, he was nothing short of a fundamentalist Christian wackadoodle who looked as if he were asleep at all times. Reporters quickly tore apart his life story — the only thing he could run on — and suggested that he never really stabbed anyone at all. The real-life presidential candidate then stressed that he had, indeed, attempted to stab someone. He dropped out after winning just a single county in Alaska. Nowadays, most wouldn't trust him to cut into a bundt cake.

Being Democratic National Committee chair isn't easy. But it sure as hell isn't as hard as Debbie Wasserman Schultz makes it out to be. In a year when voters on both sides of the political spectrum have sided with "outsiders," Wasserman Schultz, who represents Florida's 23rd Congressional District, has come to embody all that seems rigged in American politics. In December, after a Bernie Sanders staffer was caught hacking into Hillary Clinton's campaign data, Wasserman Schultz tried to bar Sanders' campaign from using vital voter data. The move backfired in spectacular fashion: Rather than tanking Sanders' campaign, it led to critics accusing Wasserman Schultz of trying to "coronate" Hillary Clinton. Soon, even Democrats were calling for Wasserman Schultz's head. The congresswoman didn't help herself any when she said on CNN that superdelegates "exist really to make sure that party leaders and elected officials don't have to be in a position where they are running against grassroots activists" or when she also chose to defend payday lenders. 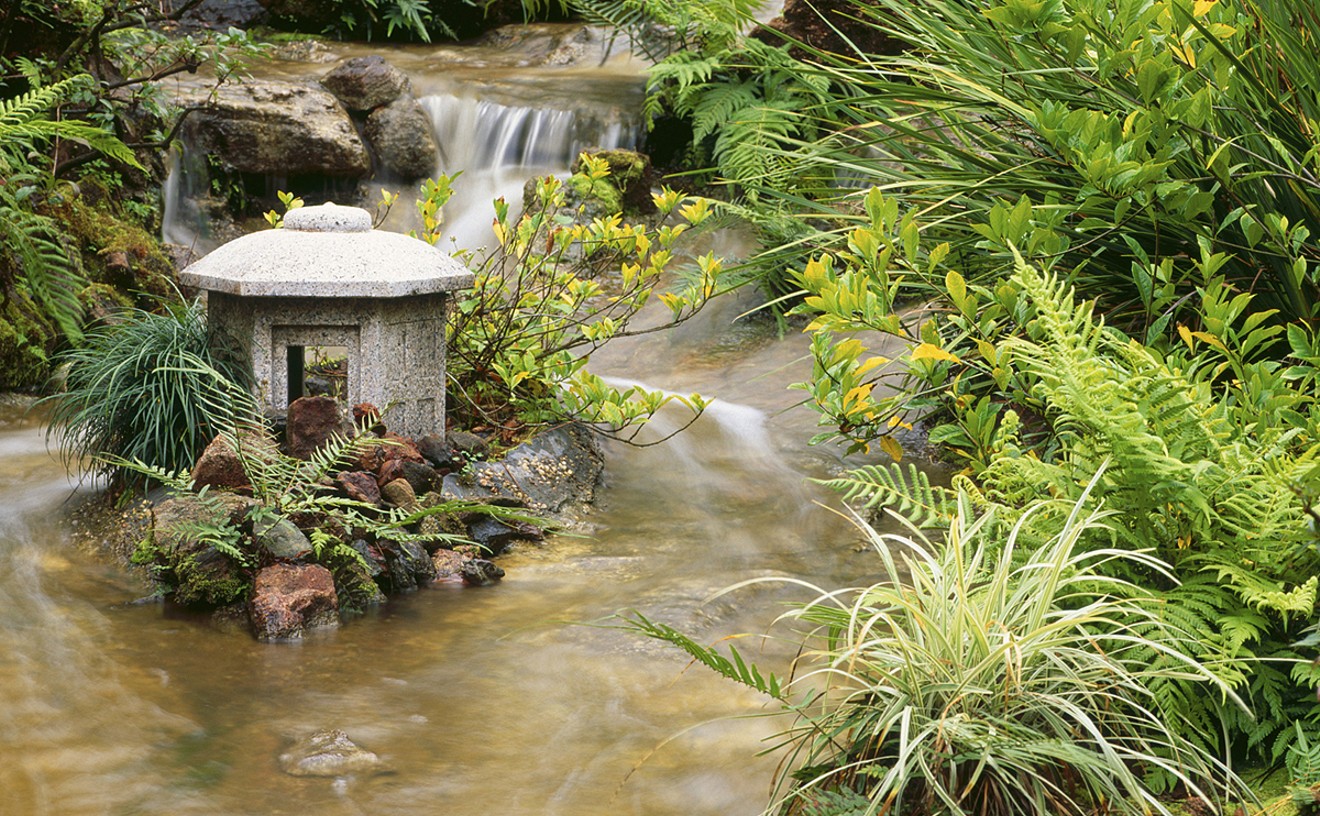 A wise dating guru once said, "If a first date is not memorable, there shall be no second date." A trip to Morikami Museum and Japanese Gardens will always own a place in your memory bank and will also provide a stunning backdrop for you to forgive your date for looking nothing like his or her Tinder picture. The $15 admission grants you entrance to paths that wind through waterfalls, bonsai trees, and patches of bamboo, all inspired by six different gardens in Japan. The environment provides the peace and beauty for you to find common ground with any fellow member of the human race whom you seduced into joining you. If Zen really isn't your date's thing, the onsite Cornell Café serves sushi and bento boxes for lunch and also has a full selection of beer, wine, and sake to help shake those first-date jitters.

While it's certainly nostalgic to visit a historic local theater, sometimes you want your luxurious chair to rattle with every explosion and your eyes to melt from all the CGI effects — while you're washing down popcorn with a bottle of vino. Silverspot Cinema has been designed for today's movie enthusiast. There's hardly ever a line for tickets, because it has self-serve-style ticketing systems. Walk up to the large touchscreen and select your movie and time and reserve your exact seat. Up-front, there's a bar and restaurant called Trilogy, offering signature cocktails named after popular titles like Some Like It Hot, an impressive wine list, and dishes that have a twist of fancy — like the BLT Lobster Roll. You can take any food or beverage item into the show with you. Buy a bottle of wine and you get any size of popcorn for free. If the HD video and Dolby Atmos 7.1 surround sound don't impress you, then the giant comfy leather seats will.

A graduate of North Miami Beach High School (and Columbia Law School) who now lives in Broward, 46-year-old Brad Meltzer is best-known for his political thrillers like The Tenth Justice (about secrets at the U.S. Supreme Court) and The Inner Circle (about a still-active spy ring started by George Washington). Former Presidents Bill Clinton and George W. Bush are fans and have even helped him do research. Meltzer has made the New York Times bestseller list more times than we can count — not just for his novels but also for nonfiction, advice, children's books, and even comic books. Although the baldheaded smarty pants has also hosted two TV series — Decoded and Lost History — it seems he'll never stop banging away on his word processor. His latest offering, The President's Shadow, mined his home turf, setting part of the story on the Dry Tortugas, a small group of islands that are part of Key West, to which in the 1800s four of the conspirators behind Abraham Lincoln's assassination were sentenced.