One of the most proudly queer cities in the nation, Fort Lauderdale has long been considered a must-visit LGBTQ+ destination. The city offers a robust nightlife, historical sites such as the Stonewall National Museum, and cultural events geared toward the LGBTQ community, such as October's Outshine Film Festival.

But it's the city's many local gay bars that constitute the heart of the queer scene in Fort Lauderdale. Bars and clubs such as Georgie's Alibi, Ramrod, and Rumors are safe spaces where gay people gather for drinks, drag, and dancing.

Looking to dive into the scene? Here are the gay bars and clubs you need to hit up in Fort Lauderdale. 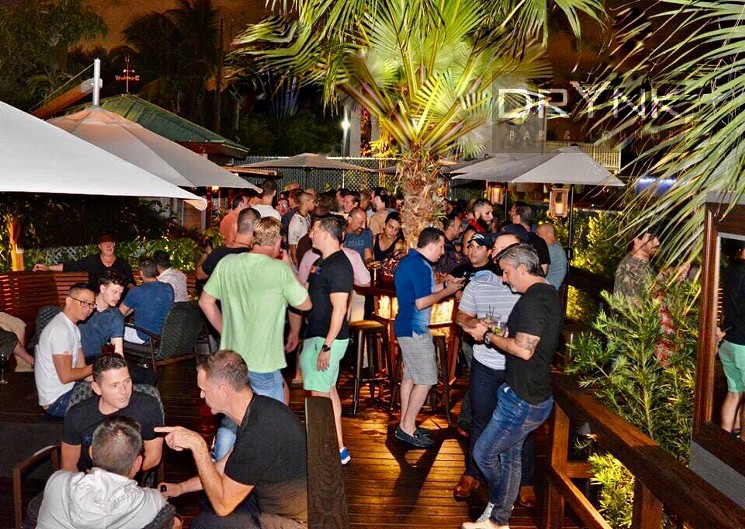 2255 Wilton Dr., Wilton Manors
954-530-1800
drynkftl.com
Looking to get your drink on? This cozy lounge serves a roster of unique cocktails and specialty martinis to sip indoors or on the patio. Comfortable furniture, soft lighting, and open windows make for a comfortable experience. Music is always playing, but the atmosphere is conducive to good conversation. is a great place to make new acquaintances or even meet next whatever. 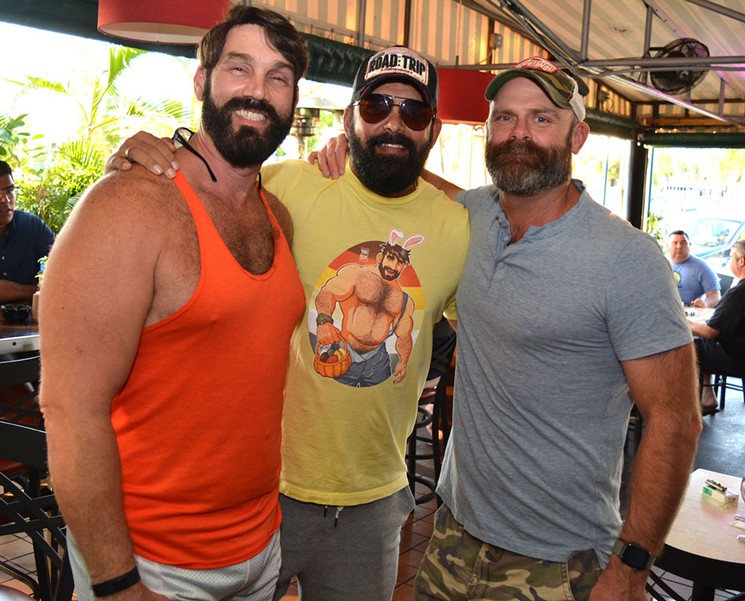 2266 Wilton Dr, Wilton Manors
954-565-2526
alibiwiltonmanors.com
Georgie's Alibi Monkey Bar has been throwing high-energy parties for the past 21 years. This bar, restaurant, and nightclub is divided into four fun sections with different attractions: the Patio, the Main Bar, the Sports Bar, and the Monkey Bar. Besides great drinks and food (Georgie's has won Fort Lauderdale Riverwalk Trust Burger Battle's Best Burger in Fort Lauderdale two years in a row), there's plenty of entertainment, including the recurring Growl Fridays, karaoke, dance parties, and a Sunday drag show with performer Daisy Deadpetals. 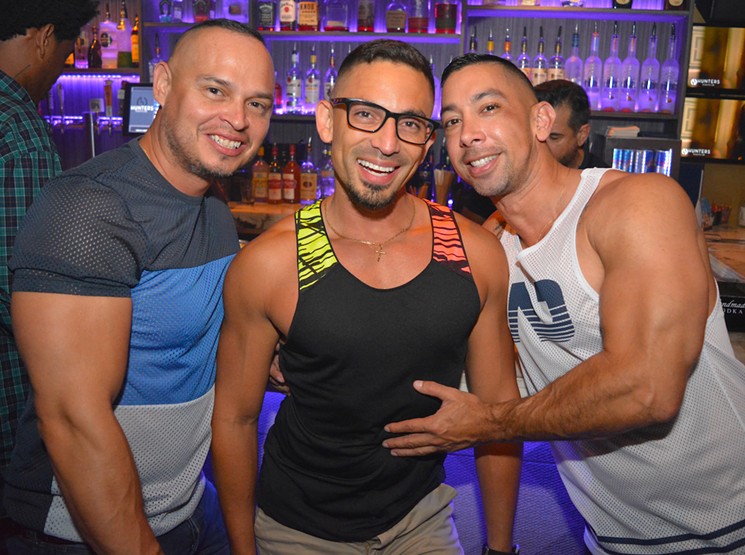 2232 Wilton Dr., Fort Lauderdale
954-630-3556
huntersftlauderdale.com
Great music, affordable quality cocktails, and Monday and Tuesday karaoke nights make Hunter's one of the top destinations to visit in Wilton Manors. Entertainment options vary from night to night. Tuesday, guests can battle it out at trivia night. Wednesdays call for two-step and line-dancing parties, and guests can disco at the club's Studio 54-themed night Sundays. And if those diverse entertainment options aren't enough, extended daily happy hours keep guests coming back for more throughout the week. 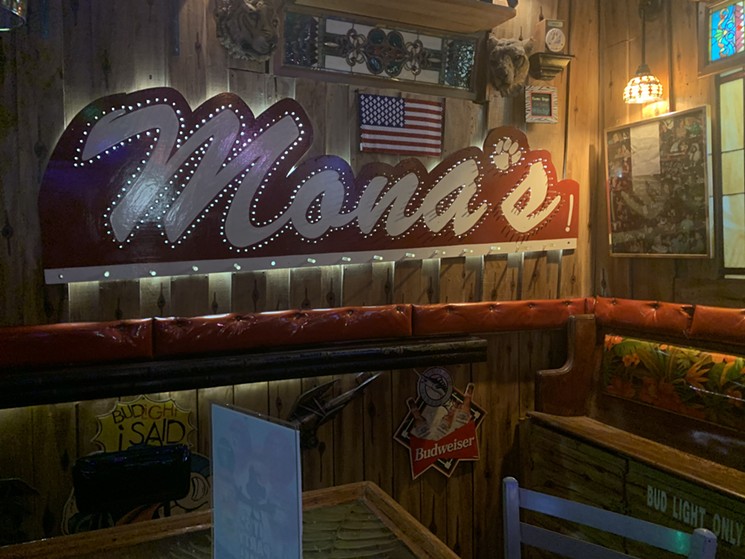 502 E. Sunrise Blvd., Fort Lauderdale
954-525-6662
monasbar.com
Stop by for drinks or a relaxing game of pool at the dog-friendly outdoor area of this gay version of Cheers. Mona's unique location on Sunrise Boulevard — next to the railroad tracks — gives its loyal following the opportunity to escape the city's tourist traps and hang with the locals. Mona's is the place to go for an unexpectedly low-key, dive-bar feel in the heart of Fort Lauderdale. 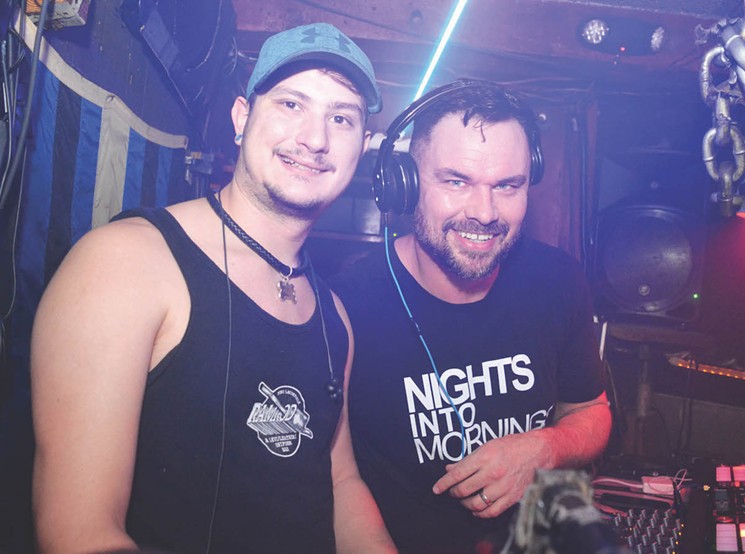 1508 NE Fourth Ave., Fort Lauderdale
954-763-8219
ramrodbar.com
Ramrod has kept its legendary parties going for 24 years without any signs of slowing. A one-of-a-kind leather bar famous for its anything-goes attitude, the venue hosts weekly Best Butt and Battle of the Bulge contests and Rock Hard Undies nights. Ramrod's adventuresome crowds gather to dance to the music of world-renowned DJs and sip cocktails at the Skull & Boner patio bar. 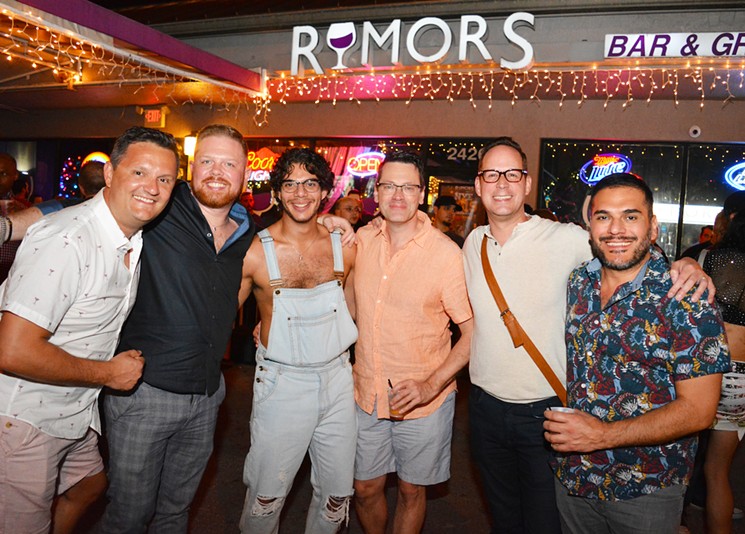 2426 Wilton Dr., Wilton Manors
954-565-8851
rumorsbarwiltonmanors.com
Rumors Bar & Grill is one of the newest additions to Wilton Manors' roster of gay-friendly hangouts. The bar offers a warm atmosphere, friendly service, great drinks, and a damn-near-sinful menu including a variety of sliders, nachos, mac and cheese, and wings. Late-night and brunch menus are also available. And if you're looking to watch sports on huge screens, look no further than Rumors.

3073 NE Sixth Ave., Wilton Manors
954-567-2432
scandalsfla.com
For something a little campy, head to Scandals Saloon to find local cowboys kicking up their heels under a disco ball made of boots. The venue offers free dance lessons and karaoke, daily happy hour from noon to 9 p.m., and $10 all-you-can-drink deals Sunday nights. For a special treat, check out the popular Tea Dance Sundays from 4 to 11 p.m. 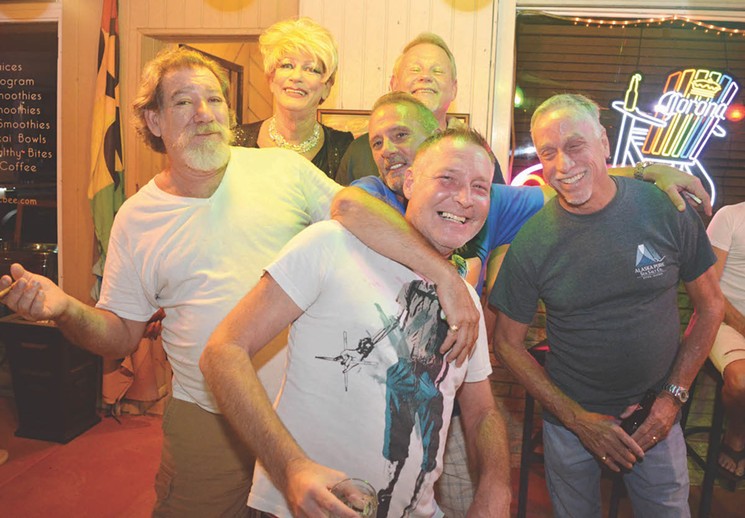 2400 E. Oakland Park Blvd., Fort Lauderdale
954-561-257
smartypantsbar.com
Smarty Pants is one of the longest-running party spots in the Fort Lauderdale gay bar scene. It's been around for more than 30 years and is considered one of the friendliest and most laid-back LGBT bars in town. Open seven days a week, Smarty Pants offers plenty of eye candy, a daily happy hour till 8 p.m., and nightly drink specials. Thursdays, guys in their underwear enjoy happy-hour pricing.