Perrotto says she plans to launch her latest concept, Rose’s Daughter American Trattoria, in the former Max's Harvest space in June. The chef-driven concept will present handcrafted Italian fare for breakfast and dinner. Newly renovated, the restaurant will feature an outdoor patio, late-night courtyard for live music and cocktails, and a daily continental grab-and-go breakfast café.

The restaurant will be family-oriented with décor that channels an authentic New York-Italian aesthetic, says Perrotto, with a menu that displays her mother — Linda Rose's — best dishes. Communal dining will be the heart of the eatery, reminiscent of memories of large family dinners where everyone "pulled a chair from throughout the house to the table."

Perrotto says her earliest memory in the kitchen was in her parents' restaurant, Sonny's Trattoria, in New York. There, her mother cooked with an epicurean style based around seasonal ingredients and generations' worth of authentic Italian recipes. By the age of 14, Perrotto was at her side learning classic culinary techniques. 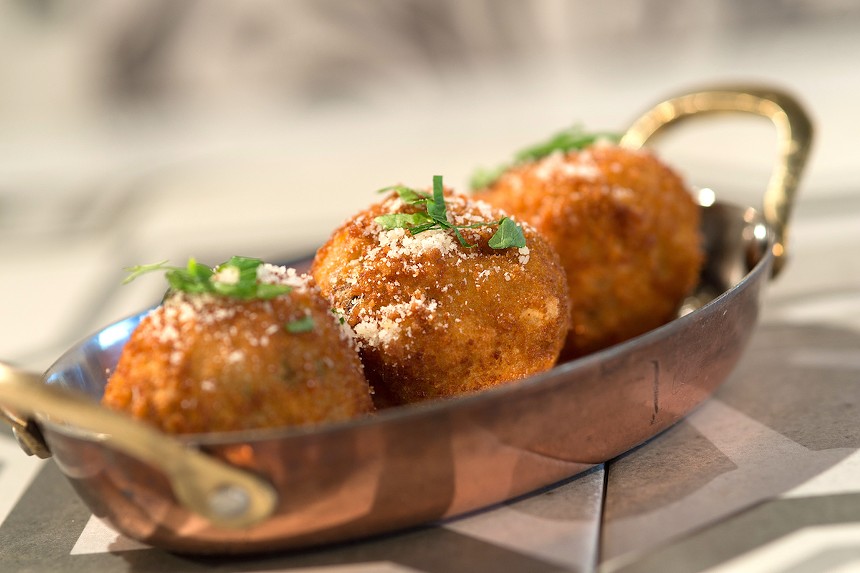 Rose's Daughter American Trattoria
Today, the chef is most excited about her Migraso charcoal grill and a new wood-fired oven.

"Brule is beautiful, but the kitchen is small," says Perrotto, who opened Brule Bistro in 2007 as a market and bistro concept later expanding to a restaurant with a full bar one year later. "I'm excited to be cooking with wood and coal again. We'll have the opportunity to do anything we want here."

Signature dishes include her mother's gnocchi , prepared with house-made goat's milk ricotta and spinach in a pecorino cream reduction with freshly cracked pepper; house-made sausage Bolognese; and ricotta cheesecake for dessert. Newly-certified in Neapolitan pizza making, Perrotto will also offer made-from-scratch pies. And keep an eye out for the arancini, a dish her mother would serve as an amuse bouche at Sonny's to sate hungry diners.

"She wanted to remind people that good food takes time, so the arancini would hold them over until the food was ready," says Perratto. "At Rose's Daughter, they'll be a signature appetizer."

At night, Bastardo — the back patio courtyard bar and dining area — will serve cocktails on tap, offer live music, and feature a late-night food menu. Perrotto says it's the perfect setting to sample the house charcuterie boards; large platters featuring prosciutto sourced from her travels in Italy alongside housemade guanciale, porchetta, and pancetta.

"Eating was always a very family-oriented thing for me," says Perrotto. "I want Rose's Daughter to be an extension of that — a chef-driven concept where we really push the boundaries of fresh, homemade, from-scratch food served in a communal atmosphere."