Despite Lawmaker's Claim, Stats Show Florida Babies Are Not Being "Born Alive" and Killed 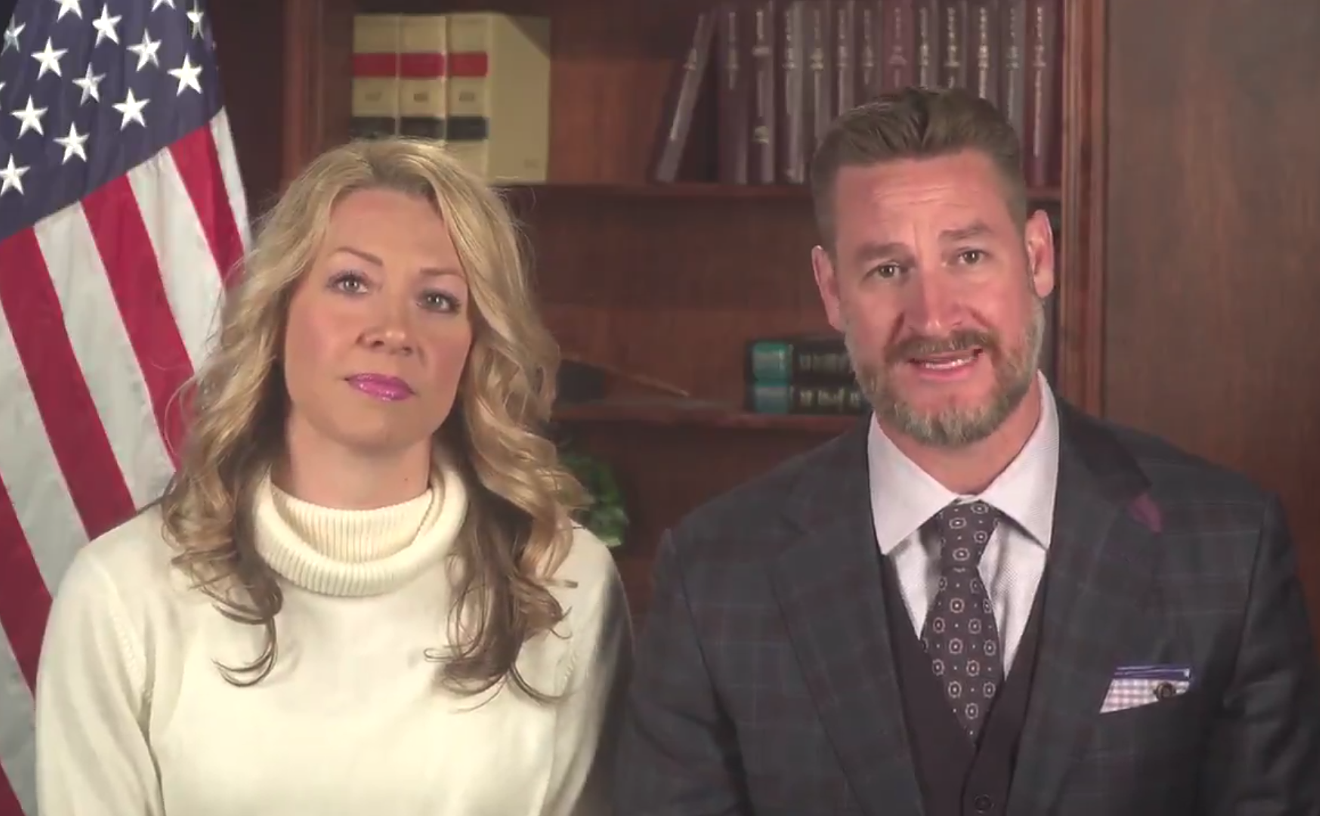 Screenshot via Twitter
Murder is, believe it or not, illegal in the United States. That goes for adults, whom you certainly cannot kill with either your bare hands or some sort of physical weapon, as well as babies, who are, morally speaking, even less murder-able than grownups. For some reason, Republican lawmakers in 2019 are convinced people do not understand this concept, and are saying doctors and workers in abortion clinics are straight-up killing live infants in America. That claim that might seem laughable if not for the fact that their entirely bad-faith campaigns might wind up getting Roe v. Wade repealed one day.

The latest lawmaker to propagate this nonsense is none other than Sarasota-area Congressman Greg Steube, who somehow won a congressional seat in 2018 despite having a reputation as one of the state's most insane, fringe-right lawmakers in his previous gig as a Florida state senator. Yesterday, Steube tweeted out a video of himself and his wife Jen staring straight into a camera and announcing they're "proud to be pro-life" and happy to support a federal bill called the Born-Alive Abortion Survivors Protection Act, which Nebraska Sen. Ben Sasse proposed earlier this year. If passed, the bill would place additional penalties on anyone who, essentially, murders a baby after it's born.

In the clip, Steube and his wife suggest babies are being "born alive" and then wantonly killed by satanic abortion providers. (That's less of a joke than it sounds — both Greg and Jennifer quote the Bible at the end of the clip.) Steube also says the bill "penalizes the intentional killing of a born-alive child," which, we cannot stress enough, is just first-degree murder.


Those who survive an abortion and are #BornAlive should receive the same level of care that is given to a child who was born prematurely. #EndInfanticide pic.twitter.com/vuNKCZrPBB

Importantly, there are statewide statistics that cripple Steube's argument. Florida's Agency for Health Care Administration keeps easily searchable data about abortions performed across the state. In 2018, the latest year for which complete data is available, 70,239 abortion procedures occurred.

Of those 70,239 cases, only six babies were born alive in Florida during or after an abortion. Six. That's 0.0085 percent of cases.

The ACHA's datasets don't say what happened to those children unfortunately born alive after an abortion procedure. But there is virtually no evidence that abortion providers are committing straight-up "infanticide" behind closed doors. Only a few states track the number of babies born after abortions, but, according to stats that FactCheck.org compiled in March, "born-alive" cases are similarly rare across the nation: Oklahoma reported zero "born-alive" cases from 2012 through 2014, while Texas also reported none from 2013 through 2015.

There is also no evidence that doctors are wantonly "killing" any babies born after an abortion procedure. Back in 2013, the reproductive-health journalism outlet Rewire News spoke to attorneys general in 38 states and asked each office if they'd ever found cause to prosecute a doctor for killing a live baby. None said they'd ever seen evidence this was occurring. The only case pro-life activists tend to lean on is that of former Philadelphia abortion provider Kermit Gosnell, who actually murdered three infants and was convicted of three counts of first-degree murder for killing each. The Gosnell case is horrific — but it's also not statistically indicative of anything other than the fact that Gosnell was a monster.


The majority of Americans agree that newborns who survive an abortion should receive lifesaving care, but House Democrats won’t #LetUsVote to #EndInfanticide.

In reality, what Steube and his ilk are trying to do is scare abortion providers and potentially launch a case that could wind up in the U.S. Supreme Court, which under its current configuration might very well kill Roe v. Wade. Republicans are highly aware of that fact — Vox earlier this year wrote that, rather being based in any sort of factual reality, Sasse's bill is likely just another attempt at getting Roe off the books for good.