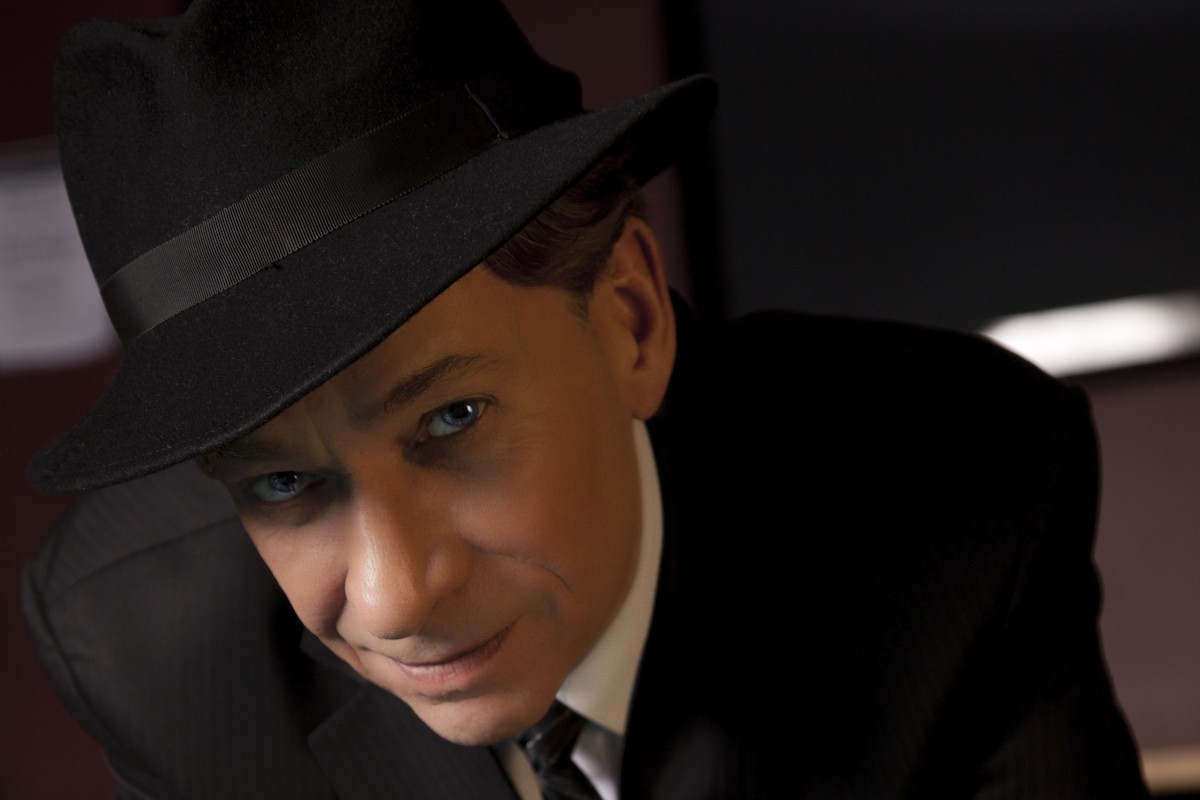 Photo by Flying Turtle Studios
Bobby Caldwell
These days, Bobby Caldwell lives on a Warren County, New Jersey, farm he shares with his wife, several rehabilitated horses they saved from slaughter, and a range of other critters. It's a far cry from Miami-Dade County, where the blue-eyed soul singer spent his childhood and recorded his timeless 1978 classic, "What You Won't Do for Love."

Speaking with New Times in advance of his performance at Gulfstream Park Racing & Casino this Sunday, January 12, the 68-year-old sighs as he recalls some of his earliest memories of growing up in Miami, including biking in his Coconut Grove neighborhood and blasting tunes from WLRN and WMJX through a battery-powered radio.

“Miami had no skyline back then,'' he remarks. “It was a very different place.” Growing up on Sinatra and the Beatles — not to mention the plethora of Latin music that dominated Miami airwaves and venues at the time — Caldwell attributes his unique style and versatility to the impression left by the diversity of the Magic City's music scene.

“Miami had a little bit of everything, from jazz to Afro-Cuban music, Brazilian, soul, and disco,” he says.

Caldwell was exposed to the world of show business at a young age — his parents, Carolyn and Bob Caldwell, were hosts of Suppertime, an early prototype of what would come to be known as the variety show. Although he would eventually have a successful 30-year career of his own, his road to commercial success wasn’t always as smooth as his famed vocals.

After touring South Florida venues extensively, Caldwell found himself in Las Vegas, where he was urged to take his talents to Los Angeles, the “done thing” at the time. But L.A. record execs failed to see the potential of the young musician. After several painstaking years, Caldwell returned home and was ready to pack it all in.

“I came back from L.A. totally worn out," he confesses. "I was ready to throw in the towel, to be honest.” It was his mother — who by then had shifted career gears to become a successful real estate agent — who persuaded him to give music another shot.

“Back then, there was only a handful of labels here,” he says of Miami's record labels at the time. However, big things were happening at those imprints.

Caldwell set his sights on TK Records, which had spawned hits from the likes of KC & the Sunshine Band, Jimmy "Bo" Horne, and James Brown. TK was founded in 1972 by Henry Stone, a producer and record exec with a penchant for entrepreneurship. As one of the leading labels of the time, it played a considerable role in the disco boom of the ’70s through releases such as George McCrae's "Rock Your Baby."

“If it wasn’t for my mother having convinced me to keep going, I would have quit. I took a shopping bag of tapes down to TK, and three days later I had a recording deal," Caldwell recounts. He subsequently cut his 1978 self-titled debut album at the label's Hialeah-based recording studio.

“Henry, God rest his soul, gave his artists carte blanche when it came to recording,” Caldwell remembers. However, with uncanny foresight, Stone sent him back into the studio to produce “a hit” for the album. Fortunately for listeners, the result was “What You Won’t Do for Love.”
The single reached number nine on the Billboard Hot 100, and Caldwell’s fate was sealed. Though the commercial success of his album was notable in the States, it paled in comparison to its reception in Japan. “TK had ties with CBS and Sony in Japan, so we headed over there, but we had no idea what it would be like,” he says. He's known in the Land of the Rising Sun as Mister AOR, an acronym for "Adult Oriented Rock," and his fame there defies belief.

“The people of Japan adopt you," he says. "I go back about twice a year, but [my popularity there] was and still is surreal.”

Sadly, the relationship with TK Records was not to last. The label’s demise was as surprising as it was swift for its artists: When the company declared bankruptcy in 1982, Caldwell “didn’t see it coming.” His career recovered, however (as did Stone’s, several times over). Caldwell went on to record several other albums, including Cat in the Hat and 1982's acclaimed Carry On. He also enjoyed a stint in Vegas portraying Sinatra in tributes to the Rat Pack and has kept busy writing and performing songs for film soundtracks.

Caldwell’s work has been sampled, covered, and recontextualized countless times, both with and without his blessing. Last year, the publishing company the Music Force filed a $25 million lawsuit against the chart-topping rapper and meme sensation Lil Nas X and accused him of stealing sonic elements from Caldwell’s single "Carry On" for a song of the same name.

Even the lawsuit is an illustration of what might be the most extraordinary facet of Caldwell’s career: his lasting, cross-generational appeal.

In 2015, Caldwell teamed up with producer Jack Splat, who has worked with singers such as Alicia Keys and John Legend, as well as hip-hop innovators including Cee-Lo Green and Kendrick Lamar. “It was actually my wife who came up with the idea,” he says. He recalls being awed at the expedited production process — he had never experienced such a fast turnaround. Regarding the success of his and Splat's release, Cool Uncle — which featured Jessie Ware, Mayer Hawthorne, Cee-Lo, and others — Caldwell teases, “The door is still open to release more.”

Though he hasn’t lived in Miami for several years, Caldwell still views the Magic City as home court. As he names his favorite venues, it’s heartwarming and heartbreaking to think of how vastly the area has changed. From Miami Beach's Castaways (which was demolished in 1984) to Fort Lauderdale’s the Flying Machine (which guests entered through the skeletal remains of an old seaplane), the spots, as well as his music, conjure memories of Miami past.

He promises his show at Gulfstream Park this Sunday will be an intimate event for fans old and new. The set list, he says, will span his discography, so, yes, he'll perform "What You Won't Do for Love." Caldwell quashes any assumptions he might resent being associated with one song; if anything, he's thrilled listeners are continuing to discover it and discuss it more than 30 years onward.

“I never get sick of it," he says. "My first audience are now grandparents, and then their kids became fans, and now their kids. Every time I play, I get to relive it with them.”