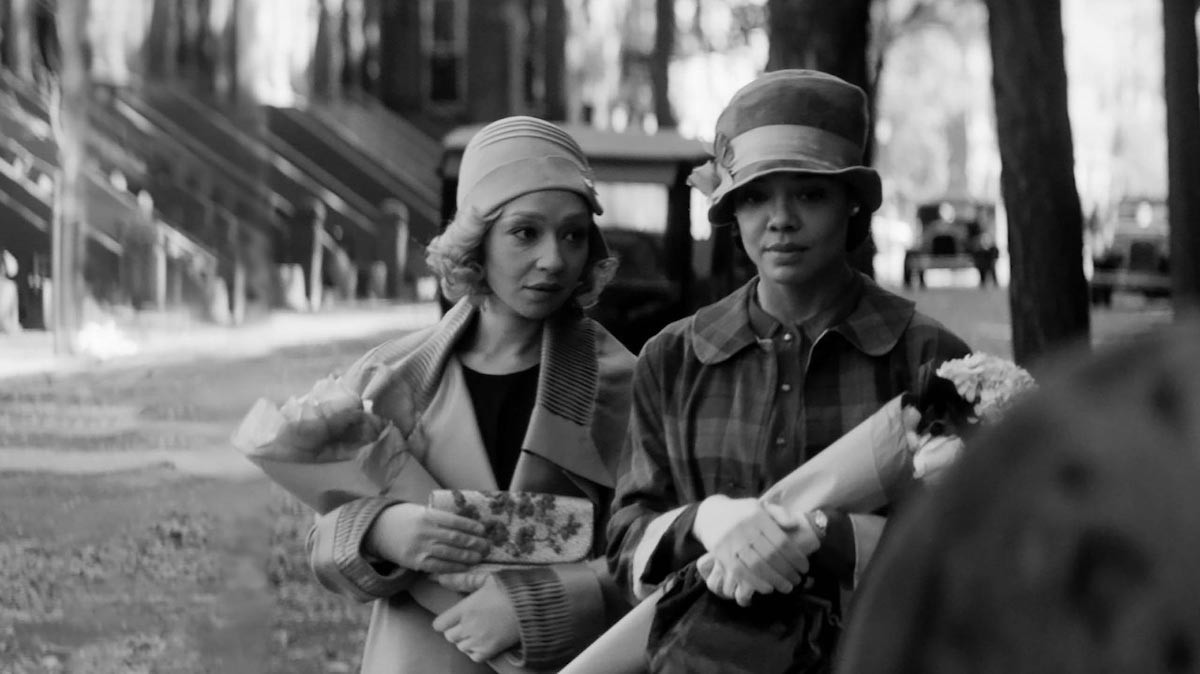 Photo courtesy of Sundance Film Festival
Ruth Negga and Tessa Thomspon in Passing.
Just over a year ago, the 2020 edition of the Sundance Film Festival launched in the snow-capped mountains of Park City, Utah, as it has every year since its founding in 1978. One of the most significant American film festivals commenced only three days after the first documented case of COVID-19 and concluded only three days after the declaration of a public-health emergency in the United States.

The year since has been filled with tremendous loss and crippling struggle. It has been an extended time of isolation, in which community events like film festivals have had to reinvent themselves in many ways. You may even have found solace or escape in some of the films from the 2020 edition that were released this year — like Palm Springs, The 40-Year-Old Version, or Sylvie’s Love, all of which found homes on popular streaming sites.

A year into the pandemic, the 2021 Sundance Film Festival had to change the way it does things. Hordes of industry insiders and independent filmmakers descending on Park City bustling from cramped and crowded theater to cramped and crowded theater is untenable. This year, Sundance has reimagined its festival and proposed a hybrid offering between satellite screenings — advertised as "Seattle to San Juan" — and virtual screenings. (Satellite screenings in Miami had to be scrapped amid rising coronavirus cases.)

Sundance has been criticized as an insider’s club as focused on celebrity-filled, corporate-sponsored parties as on independent cinema. But while many uncertainties surround the 2021 edition — from the impact on Park City businesses to the strength of your wireless connection to the number and value of distribution deals — it's a good bet that this year's festival will be a more inclusive and democratic event for film lovers.

As a hothouse for distribution deals, Sundance can't offer unlimited access to screenings. That means some screenings are sold out already. Those interested in purchasing tickets are advised to keep an eye on Sundance's website in case additional screenings are scheduled.

It's a good bet that this year's festival will be a more inclusive and democratic event for film lovers.

For better or for worse, Sundance will undoubtedly continue to evolve. But it has always been and continues to be a showcase for independent cinema, a source of productive conversations about film and society, and a launchpad for the next generation of emerging talents.

In that same spirit, here are four films to look out for:

Adapted from Nella Larson’s 1929 novella, Passing is about a chance reunion between two childhood friends. Both are light-skinned women of color, but they've taken different paths in a racially divided America. One has chosen to “pass” as white — a potentially dangerous decision that fascinates her childhood friend. Drawn from a seminal text from the Harlem Renaissance, the film is touted as a cross between period drama about gender and race and a Hitchcockian thriller.

Passing provides great parts for its two leading ladies, the tremendous Tessa Thomspon, and Ruth Negga in a followup many have been waiting for since her 2016 Oscar-nominated role in Loving. Behind the camera is superb actress Rebecca Hall, who mined her own family history to bring Larson’s words to screen in her directorial debut. Considering its contemporary appeal, this will be one of the most sought-after tickets for this year’s festival. If you can’t get your virtual seat, make sure you get a copy of Larson’s book until the film makes it to wider distribution. Online premiere at 6 p.m. Saturday, January 30; 24-hour on-demand screening window begins at 10 a.m. Monday, February 1. 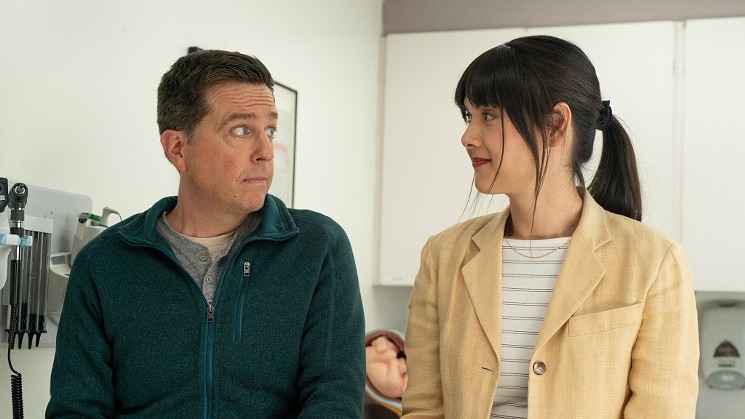 Ed Helms and Patti Harrison in Together Together.
Photo courtesy of Sundance Film Festival

It wouldn’t be Sundance without an indie movie about an unlikely friendship. The 2021 edition offers a promising entry into this subgenre with Together Together from filmmaker Nikole Beckwith. The film follows Anna, a somewhat aimless twentysomething loner, as she becomes a surrogate for future father Matt, a fortysomething single man. Despite an initially transactional relationship between the two, they develop a friendship that neither knew they needed.

The fuel of the narrative comes from the genius mismatch of comic personas from the leads. Ed Helms (The Hangover, The Office) brings his patented optimism to his role, which contrasts Patti Harrison’s acerbic sense of humor. The juxtaposition might yield comic gold. Known for supporting roles in series such as Shrill, Search Party, and High Maintenance, Harrison might turn out to be one of those legendary Sundance star-making stories with this one. Online premiere at 3 p.m. Sunday, January 31; 24-hour on-demand screening window begins at 10 a.m. Tuesday, February 2.

Recalling classic Hollywood films like A Stolen Life, Dark Mirror, or Dead Ringer, Erin Vassiopoulos’ Superior mines the trope of the female double. Whereas the aforementioned movies were fronted by stars such as Bette Davis and Olivia de Havilland pulling double duty playing twins, Superior dangle the intriguing hook of casting Miami’s own real-life twin sisters Alessandra and Ani Mesa. The film explores the bonds of sisterhood, as Marian seeks refuge in her childhood home, where her estranged sister Vivian struggles with domestic life. Marian is on the run, and her presence soon disrupts Vivian’s life.

Based on a short film by Vassiopoulos, this sumptuous thriller is a visual stunner. From the central performances to the music to the production design, the film ratchets up the tension, providing cerebral thrills. At Sundance, thrillers always have a way of pushing the boundaries and challenging their audience in provocative ways. Perhaps Superior will carry on the tradition. Online premiere at 9 p.m. Saturday, January 30; 24-hour on-demand screening window begins at 10 a.m. Monday, February 1. 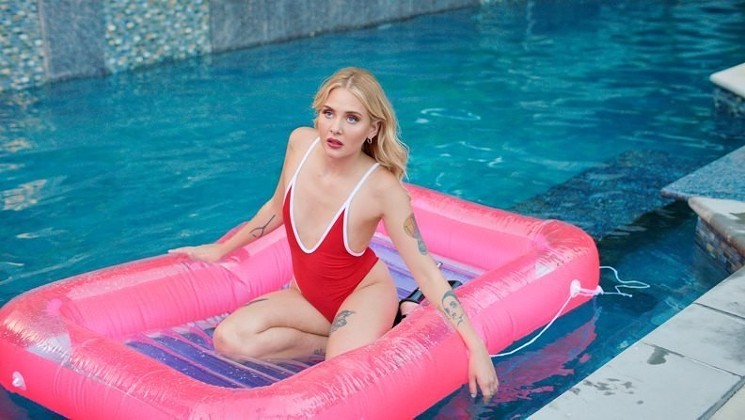 With an impressive pedigree — the short won a Critics’ Week prize at the Cannes Film Festival in 2013 — Pleasure promises an enlightening take on the power dynamics within the sex-work matrix. This is the kind of film that generates a lot of buzz at Sundance and, with the transition to virtual screenings, has the potential to go global. Online premiere at 11:59 p.m. Sunday, January 31; 24-hour on-demand screening window begins at 10 p.m. Tuesday, February 2.