Photo by Slim O'Neil
Dyna Edyne prances through hypnotic notes on her latest single, "Talk 2 Me Nicely."
Cuffing season is over.

With yearlong COVID-19 mandates slowly phasing out (as of last Friday, the CDC announced those who are vaccinated are no longer required to wear masks or social-distance), the motto, “we outside,” currently reverberating across social media seems fitting for summer’s revival.

As frank as those two words may seem, it’s a reclamation of the livelihood that marks this time of year. A time when music festivals, late nights to early mornings, and vacations intermingle for a few months of revelry. And the jovial stakes are even higher for those looking for a moment of reprieve from last summer’s historic shutdowns and social-justice protests.

Whatever your plans are for this summer, tap into the local soundtracks setting the vivacious tone this season. Bask in the sun at the beach or cruise down I-95 and press play on this playlist aptly brimming with melodious trap, ethereal R&B, and infectious reggae from these emerging Florida artists:

One of Slip-N-Slide’s most versatile lyricists, Mike Smiff introduces fans to a different persona on his latest single, “Cheese.” With an assist from Orlando’s most buzzworthy rapper, Hotboii, the pair coasts on an entrancing trap beat with just enough bravado to have listeners wanting to be a part of the lifestyle afforded to rappers and ballers alike. “When I pop out, it look like I hit the lottery,” Mike Smiff boasts on a sticky hook, making it a certified track for those who unapologetically err on the side of excess.

The Vero Beach singer-songwriter makes a celestial entrance on her single, "Luv Lost."” As gentle chords and her lithe vocals tug at buried memories, Nemchel breezes through the track with lyrics detailing the complexities of love and heartbreak. Ultimately, she rejects the resentment provoked by a breakup, singing, “Wishing nothing but the best for you/And I want nothing but success for you.” Evoking a gauntlet of feelings, her pen game and distinct expression elevates her as a rising R&B starlet whose current and upcoming releases rightfully deserve a spot on your playlist.

Wavy Navy Pooh featuring Moneybagg Yo, “Money On My Head”

Hailing from the Brown Sub projects in Liberty City, Wavy Navy Pooh partners with one of hip-hop’s most dominant hit makers on the single "Money on My Head" from his sophomore album, Endangered. Brandishing his swift flow in conjunction with MoneyBagg Yo’s distinct drawl, both spitters encapsulate the gritty streets of their respective cities. Slicing through jealousy and controversy with audacious verses, Wavy Navy Pooh fearlessly reminds his contenders of their place behind him. Snagged by one of hip-hop’s most elite labels, Quality Control Music, the rapper has earned accolades from the industry’s most influential trailblazers.

The Love and Hip Hop: Miami cast member is more than just a reality TV personality. She sets the record straight on, "Pam," a track coursing with grit and gutsy verses. She weaves through the beat, spitting razor-sharp bars directly at her competitors. “I don’t get offended when they cappin’ on the 'gram/'Cause they know my location/Yea, they know just who I am,” she nonchalantly raps on the hook. A track named after one half of Martin’s iconic leading ladies, Hood Brat borrows from the comedian’s style and savvy on the single. Catch her bringing that same energy to the Rolling Loud stage this summer.

Dyna Edyne, “Talk to Me Nicely”

Dyna Edyne packages a modern R&B vibe in nostalgic aesthetics on "Talk to Me Nicely." The versatile songstress combines reverberating vocals and lush melodies on this euphoric R&B track. Releasing the song alongside equally hypnotic visuals, she buoys between the here and now and the otherworldly. Play this track as your daily mantra and command the same respect Dyna Edyne cultivates.

Cedric Brazle and Zya heats things up on their sultry and soulful track, "This Could Be Us."
Photo by Amadeus M

Cedric Brazle & Zya, "This Could Be Us"

Cedric Brazle and Zya join forces on their newest single, “This Could Be Us.” Tender and sultry, Zya’s candidness is a balm to Brazle’s ache. They tease, retreat, and reconcile in all-too-familiar exchange, right before deep diving in love’s lure. Like the chorus suggests (“If you trust me/Let me hold you down/Don’t worry ‘bout a thing/I got you now”), the chemistry between the vocalists leaves listeners lingering in lusty entanglements, former and current.

Hoosh unleashes vulnerable lyrics alongside acoustic instrumentals to relinquish the pain from loneliness and depression on "Jorja."
Photo by B. Wade

The Sudanese singer-songwriter introduces the world to his bare-bones approach to R&B in his debut album, Everything’s Going to Be Alright. On the standout track, “Jorja,” he belts out palpable lyrics over acoustics: “Ash on the dresser/Cash on the carpet/Look/Where my priorities gone?” Processing loneliness and depression, Hoosh utilizes his diaristic songwriting to puncture the stigma of mental health. His smooth vocals collide with vivid storytelling, combusting to form a soothing, soulful tonic. Deviating from the energetic soundtracks often pulsating summer nights, Hoosh provides grounding to the quiet suffering.

David Lyn presents a succulent anthem for the summer.
Photo by Nick Rufo

New Times' pick for "Best R&B Act," David Lyn presents a succulent anthem for the summer. With Grammy Award-winning producer IzyBeats and Neri Beats tag-teaming on production, the single from his album, Any Day Now, is spellbinding with infectious rhythms and silky vocals thanks to an appearance by one of reggae’s most iconic acts, Tarrus Riley. Though the track laments a woman whose rejected love for luxury, the cabana and poolside visuals evoke the opulence only a summer rendezvous can afford. With the video amassing over 200,000 views on YouTube, the crooner is on an upward trajectory in reggae and R&B.

A track aptly named after a vacation hot spot, Jay Burna and Fetty Wap’s "Jamaica" blazes through the intensity of a newfound love — or lust. Jay Burna switches gears on this track with a suave delivery, setting the tone for a lover’s paradise. What sounds like a soundtrack for a luxe yacht party, Fetty Wap is an energetic accomplice to Jay Burna’s melodic flow. Gearing up to release his next single, “Life of the Party,” he’s on a steady climb as a South Florida luminary who hasn’t missed yet.

On "Dating Game," FloKid floats over a groove with his effortless bars.
Photo by Jesse

North Miami Beach rapper FloKid is on a mission to bring clever wordplay and storytelling back into a genre oversaturated by antics. In his single, "Dating Game," featuring B-Jay, the flexible lyricist floats over a groove with his effortless bars. Infusing the single with soulful vocals from B-Jay, the track curtails any expectations confining FloKid. He’s making the rules of his own game, a sentiment that’s also the theme behind the playful video for “Dating Game.” The vibe and catchy hook will have you pressing repeat on this magnetic track all summer long. 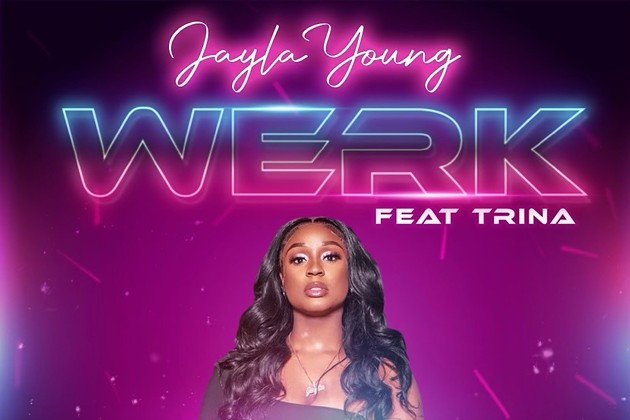 An up-and-coming Tampa native Jayla Young’s single, “Werk,” encapsulates the makings of a hot-girl summer. Scoring a feature from the Diamond Princess herself, Jayla Young isn’t outdone by the Miami vet. She brings just as much aggression and energy to her verses on the “Whistle While You Twurk”-sampled beat. As the song continues to gain steam this summer, Young is poised to have just as significant an arrival on the Florida rap scene as her peers and predecessors.