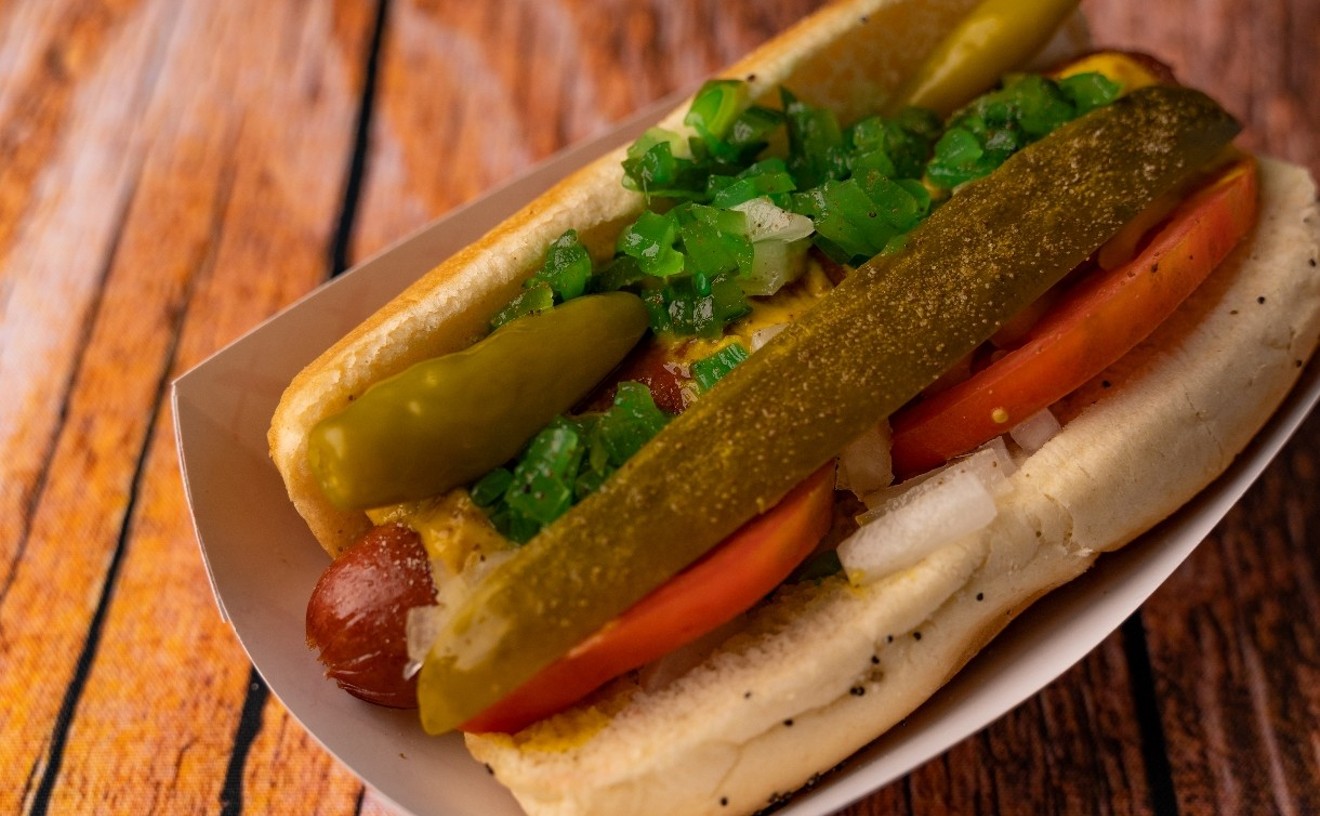 Photo courtesy of Chicago Me Up
A Chicago Me Up Chicago dog
Chicago might be the best food town in the United States. The Windy City is home to a host of big-name chefs, including Rick Bayless, Grant Achatz, and Stephanie Izard. Chicago restaurants have taken home numerous James Beard awards and the city currently counts 173 Michelin-approved restaurants to its name.

Fine-dining accolades aside, nothing wins over the palates and stomachs of Chicagoans and visitors alike than the city's signature foods. And while one might first think of deep-dish pizza, the two most popular dishes to have come out of the Second City are its famed Italian beef sandwiches and Chicago dogs.

Three months ago, 23-year-old Megan Ford decided to capitalize on her love of Chicago food with her Chicago Me Up food truck, which serves a concise menu of Chicago favorites.

Though Ford was born in Coral Springs, her parents and two older siblings were born in Illinois.  Family vacations were spent in Chicago and every Christmas and New Year's, the family would celebrate with a feast of Chicago favorites. "My family always missed the food. It was always a staple in our home," Ford tells New Times.


After graduating from Florida International University in the spring of 2020, Ford rekindled her passion for cooking amid the pandemic lockdown and outfitted a food truck, festooned with a silhouette of the city's skyline and rendered in its official colors of blue and red, right down to the four red stars of the city flag.

"I thought that now was the time to do it," Ford says. (Though she is the primary owner, Chicago Me Up is a family affair, with her parents and older brother and sister pitching in.)

In Chicago, the Vienna Beef dog reigns supreme. The creation of Jewish-Hungarian immigrants, the hot dog was introduced to Chicago at the Columbian Exposition in 1893 and has been a city favorite ever since.
Similarly, in its entirety, the Chicago dog echoes the story of the city itself: The poppy seed bun was introduced by a Polish immigrant; during the Great Depression, when money was scarce, hot dog vendors added vegetables to their offerings in order to turn the modest wiener into a filling meal.

True to tradition, Chicago Me Up's dog ($6) starts with a Vienna Beef hot dog and a steamed poppy seed roll. It's then "raked through the garden" with the addition of neon-green relish, onions, tomatoes, sport peppers, pickle spears, yellow mustard (neon-hued), and celery salt.

Says Ford: "If you're missing one component, it's not a Chicago dog." 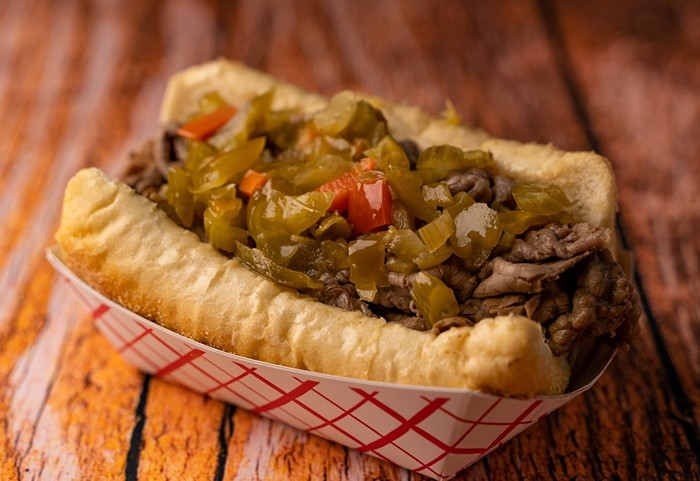 Chicago Me Up's Italian beef sandwich
Photo courtesy of Chicago Me Up
Italian beef is another immigrant story-on-a-roll. In the early 1900s, Italian immigrants who worked at the old stockyards would bring home the less-than-desirable cuts of meat to feed their families. The beef was first slow-roasted, then simmered in spices. Tender and fragrant, it was stuffed into Italian bread, and the broth ladled over the meat.

Chicago Me Up does a faithful rendition of the Italian beef ($10.50). The sandwich is topped with giardiniera peppers (the "hot" version) or sweet peppers ("sweet"). Cheese can also be added. A cup of jus comes with the sandwich.

The Italian beef can also be ordered in a keto-friendly bowl ($9).  The combo bowl combines Italian beef and sweet Italian sausage ($10). 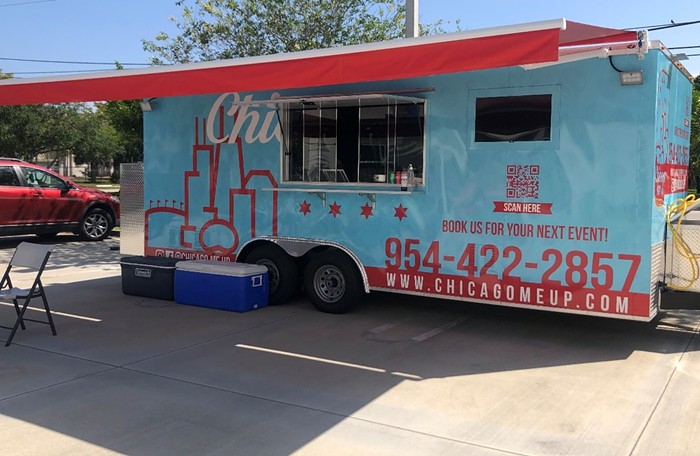 The Chicago Me Up food truck
Photo courtesy of Chicago Me Up
The truck also offers Chicago-style crinkle fries and another local favorite: the pizza puff.  A square of dough is filled with sauce, cheese, and sausage, then deep-fried. Think Totino's pizza rolls, only fresh.

If you're wondering why a truck devoted to Chicago culinary treasures doesn't offer deep-dish pizza, it's because Chicagoans don't eat deep-dish pizza.

"We have this whole debate about this at our house," Ford explains. "For Chicagoans, it's about thin-crust pizza. The deep-dish pizzas are for tourists."

Ford says that her greatest satisfaction comes when people walk up to her truck wearing a Cubs shirt or jersey. "Sometimes they want to order the entire menu."

The truck makes weekend stops at various breweries and festivals around South Florida, traveling mostly through Broward and Palm Beach counties. If you've never had the pleasure of eating an Italian beef in Chicago, a visit to the truck is worth the excursion. And, if you're a Chicago ex-pat in Miami, the short drive is well worth it for a taste of home.

Chicago Me Up food truck. Various locations. Schedule for the week posted on Monday or Tuesday at chicagomeup.com.