Miami carries the reputation of having immaculate beaches, fancy cars, and nonstop nightlife — even if it's not representative of the entire area. Regardless, that perceived fantastical city has been heavily embraced by the entertainment industry, which often portrays a town filled with excess rather than one made up of real people.

Look at music videos like Sisqó's 1999 hit "Thong Song," which was filmed on South Beach, and City Girls' "Twerk" released in 2018 — both of which portray Miami as a city where bikinis are pretty much the mandatory dress code. Then there is the Bad Boys franchise, which picked Miami as its setting not once, but three times. Unfortunately, the city serves as mere window dressing to a buddy-cop action movie. The pattern continues with reality TV shows such as Love & Hip Hop Miami and Basketball Wives, with their casts immersed in the land of palm trees and warm weather. And more recently, Apple TV's Now & Then focuses on a group of mostly wealthy Latin-American immigrants in Miami but fails to explore the community in any meaningful way.

Understandably, the question “Why Miami?” came to mind when news dropped that the new HBO Max series Rap Sh!t would be set in the Magic City. Producer, writer, and actress Issa Rae and executive producer and showrunner Syreeta Singleton, both who saw their big break with HBO's Insecure, have taken their talents from Inglewood, California, to the 305.

"The Black people and the Black culture that’s there is so rich, and there’s so much to like, so much inspiration just being in that city," Singleton responds to the question. "When we decided to set the show there, we decided we’re not going to do what’s typical, we’re not going to spend a ton of time at the beach because it wasn’t about that for us. It was about the Black people in the city and these Black women." 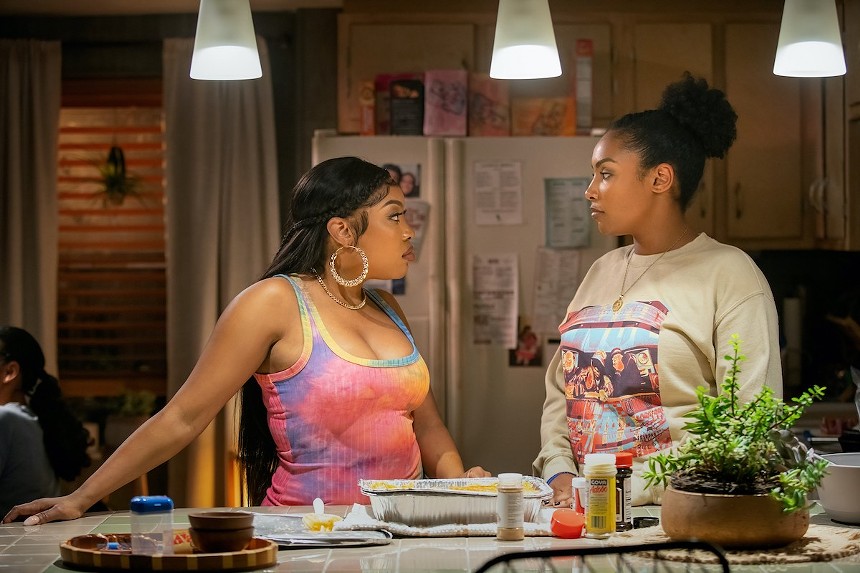 KaMillion and Aida Osman
Photograph by Alicia Vera/HBO Max
The series, which premieres on Thursday, July 21, on HBO Max, focuses on the side of Miami that isn’t often brought to the screen: the areas of the city where actual residents and Miami natives have built their lives and spend the majority of their time in. Rap Sh!t's two leads, Shawna (Aida Osman) and Mia (KaMillion), inhabit neighborhoods like Little Haiti, Overtown, and Opa-locka, to name a few. It's rare for the media to showcase neighborhoods like these, let alone do it with sincerity.

Little Haiti and Overtown pour culture — specifically Black and Haitian culture — into Miami, and Rap Sh!t does a considerable job in portraying that to the viewer. Miami lingo, Creole language, and working-class individuals are encapsulated in their full authenticity, helping these underrepresented groups feel seen.

Adding to Rap Sh!t's authenticity are the characters themselves. The show centers around Shawna and Mia, who both know they have the potential to become higher versions of themselves. However, they grapple with internal and external factors that pop up, such as the opinions of family and friends, that voice of self-doubt, and overall haunting expectations from society.

Rap Sh!t delivers a dose of realism to the screen in place of an overly fictionalized fantasy of Miami. The series gives the nod to universal groups such as entrepreneurs, hustlers, mothers, 9-5ers, and creatives while also accurately depicting social media’s influence on a global scale. And, of course, there's a nod to the city's music, featuring artists like Trick Daddy and Trina. (Shout out to the music supervisor of the show.)

Singleton wants audiences to grasp "the idea of seeing more for yourself, the potential, the idea of what you can be, and what you can achieve, the internal battles or internal things that you have to fix and address in order to take that next step. We have this potential to be more than we could ever imagine, but it takes that work, and we watch the girls do the work."

Rap Sh!t was made by us, for us — both those born and raised in the County of Dade and those who vacation here yet go back home to lives similar to its characters.

So the real question is: Why not Miami?