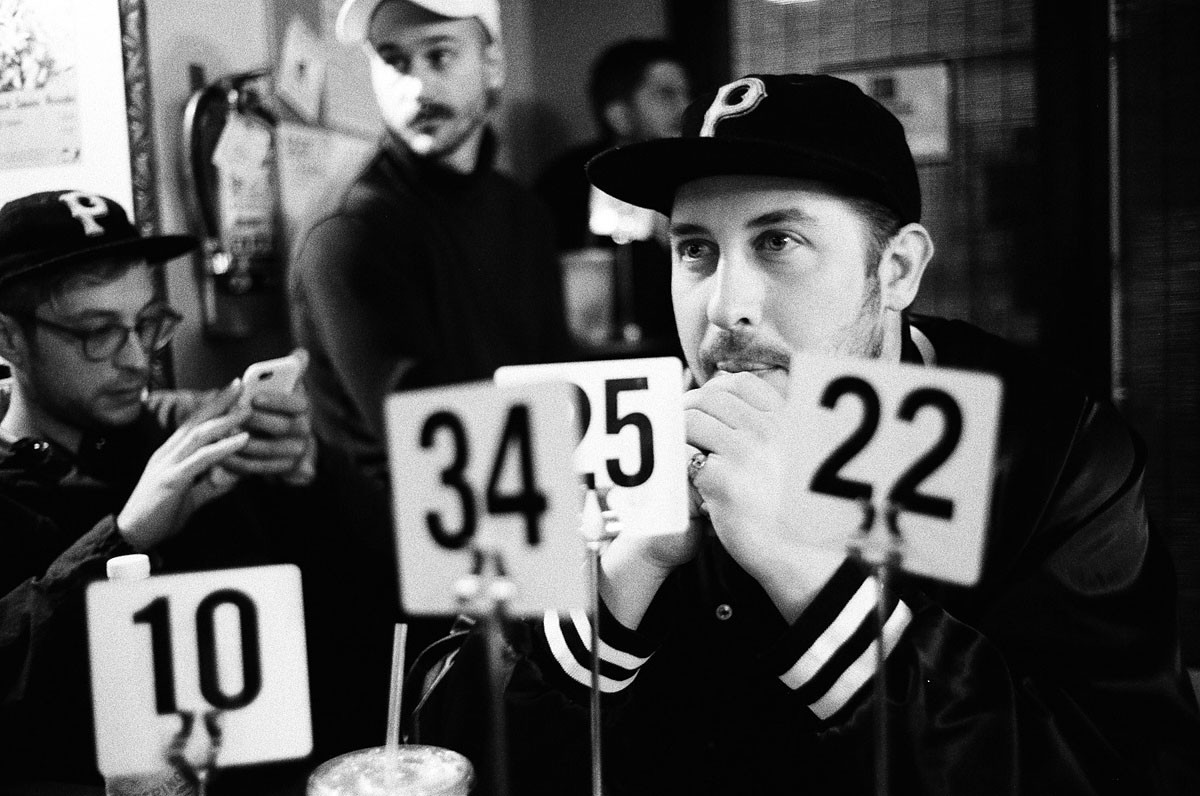 On the surface, the city of Miami is the polar opposite of Wasilla, Alaska, hometown of the alternative-rock band Portugal. The Man. The two cities are across a continent from each other, and Wasilla sees as many snowy days as Miami sees sunny ones. Alaska has vast forests and grand mountains, while the Magic City has white-sand beaches and the River of Grass. But as band founding member Zach Carothers makes clear, there's at least one thing the two have in common: They're both deeply threatened by climate change.

"I've watched glaciers melt," he says. "For the last six Christmases I've been up in Alaska, there's been no snow in Wasilla on Christmas Day. I just see dirt."

He and bandmates John Gourley and Eric Howk grew up in Wasilla, which, with a population of 8,621, is Alaska's sixth-largest city. He describes an unconventional yet idyllic childhood where local kids, left without the movies and videogames the average American child would take for granted, had to find more traditional ways to keep themselves entertained. This meant skateboarding in the summer and snowboarding in the winter, but also camping, fishing, and exploring the vast wilderness.

"We'd watch shows like Mister Rogers' Neighborhood and be like, 'What the hell is that neighborhood?'" he recalls. "We felt very disconnected, but what we had, growing up there as a child, was just unbelievable. Miles of woods behind our houses, running around, playing with sticks in the woods, couldn't be happier."

Playing music was another way to stave off boredom. The long winters gave Carothers plenty of practice time, and he doubts he ever would have been a professional musician without them. After high school, he and Gourley played briefly in a moderately successful screamo band before relocating to Portland to form Portugal. The Man.

Getting people in Alaska to acknowledge climate change can be tricky.

Carothers, who plays bass in the band, was in Pittsburgh on tour, admiring the "sinister" industrial architecture, when New Times called, but he goes home frequently enough to notice the changes to his hometown. The brown Christmases and glacial retreat are symptoms different from the persistent flooding that's spurred Miami Beach into raising streets and installing new pumps, but the cause is the same. And just as in Republican-controlled Florida, getting people in Alaska to acknowledge climate change can be tricky.

"They definitely see it, but they don't care as much because there's so much nature," Carothers admits, "and they can say, 'Well, that glacier is gone, but I've got these seven others around me.'"

The band tries in its own way to increase public awareness of such issues. In 2014, they collaborated with the National Zoo in Washington, D.C., on a limited-edition "disappearing vinyl" that degraded with each play. Four hundred copies, representing the 400 remaining wild Sumatran tigers, were sent to "influential people" along with a request to rip the song to the internet and ensure its survival. The message: "Things go away if you don't do anything."

Their latest album is made in the same spirit. They were looking to refocus after throwing out their last project when Gourley's father showed them a unique, inspiring object.

"It was his original ticket from Woodstock," Carothers says. "I was fascinated with Woodstock and just the whole '60s psychedelic music movement and what it created... Even though I wasn't around, what it meant to my parents and what it meant to me was just huge growing up and one of the reasons I play music. And seeing the climate and the world's politics and economy today, it made us want to redo an album that just meant something a little different to us and hopefully to other people."

The LP, tentatively titled Woodstock, is due out this summer.