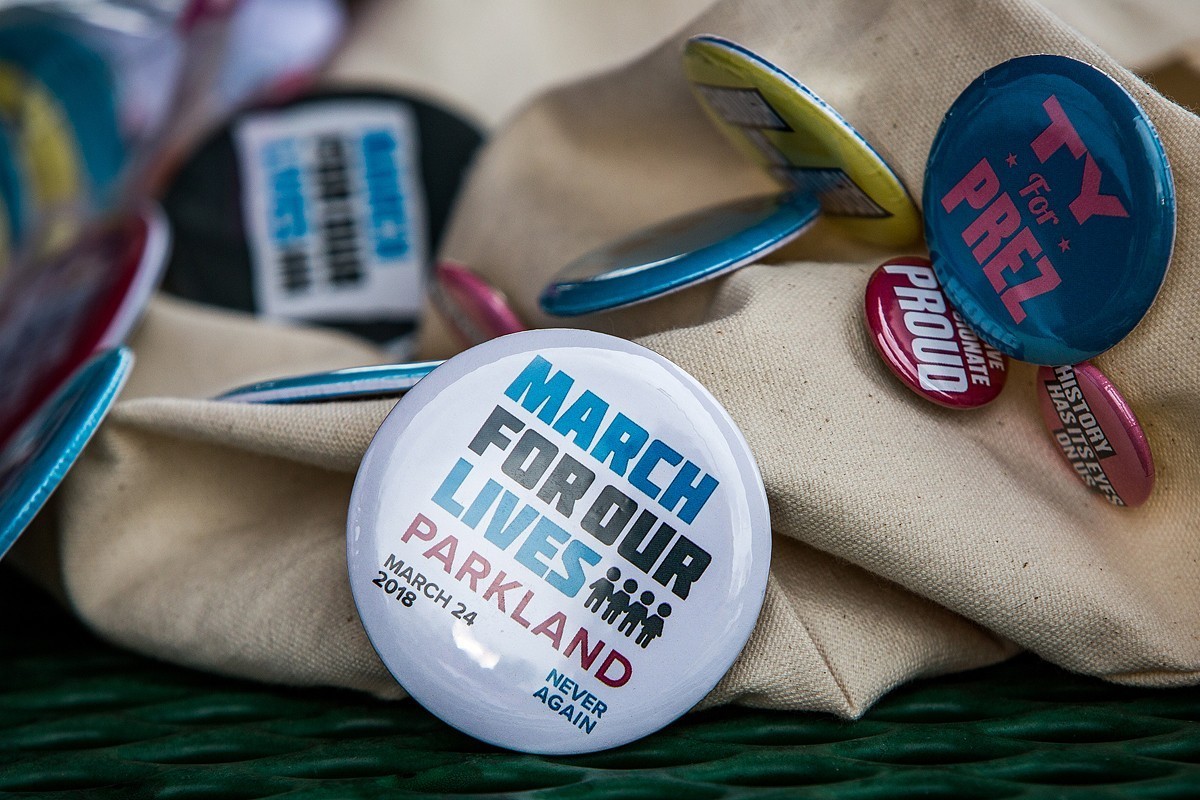 Ian Wilten / TheCameraClicks.com
On March 24, students around the country will be leading marches demanding change.
The March for Our Lives will be a moment that reverberates not only in Washington but also far and wide, with more than 700 marches around the world. And for those who want to show their support for the Never Again movement and the students who are seeking change but who can't make it to D.C. for the main rally next Saturday, here is a list of sister marches that will take place around South Florida March 24.

Miami Beach. People will gather at Miami Beach Senior High at 8 a.m. before marching to Collins Park at 10. At 10:45 in Collins Park, the rally will begin to hear speakers ranging from Marjory Stoneman Douglas students to local celebrities and activists before returning to the school campus at noon. Organizers say they expect parking in the area to fill up quickly and suggest carpooling, shuttles, and public transit. Lyft will also offer a limited number of free rides to the event. Miami Beach Senior High School, 2231 Prairie Ave., Miami Beach; facebook.com.

Parkland. Many members of the community surrounding Marjory Stoneman Douglas High School will gather at Pine Tree Park at 9 a.m. before beginning their march at 10. Details regarding the route, timing, and parking have yet to be announced. Pine Tree Park, 10555 Trails End, Parkland; facebook.com.

Doral. The March for Our Lives event in Doral will begin at 10 a.m. in Downtown Doral Park in front of Doral City Hall and proceed on NW 87th Avenue to the corner of NW 41st Street before returning to Doral Park. Downtown Doral Park, 8395 NW 53rd St., Doral; facebook.com.

Key West. People will meet at the Southernmost Beach on Duval Street at noon before marching to Mallory Square at 1 p.m. The square will be the site of the Key West rally and will include speeches by activists, local leaders, teachers, and students, as well as performances. Organizers are arranging for trolleys and a sign-making party that will take place before the event. Southernmost Beach, Duval St., Key West; facebook.com.

In addition to attending these marches, remember to bring water and wear sunscreen and comfortable clothes. Also, some organizers have asked participants not to bring backpacks or duffel bags for safety reasons. And whether you do it at one of the events or you do it on your own time, make sure you're registered to vote before primary season and continue working to effect change.