The Miami Dolphins Fan Guide to Hating the Tennessee Titans 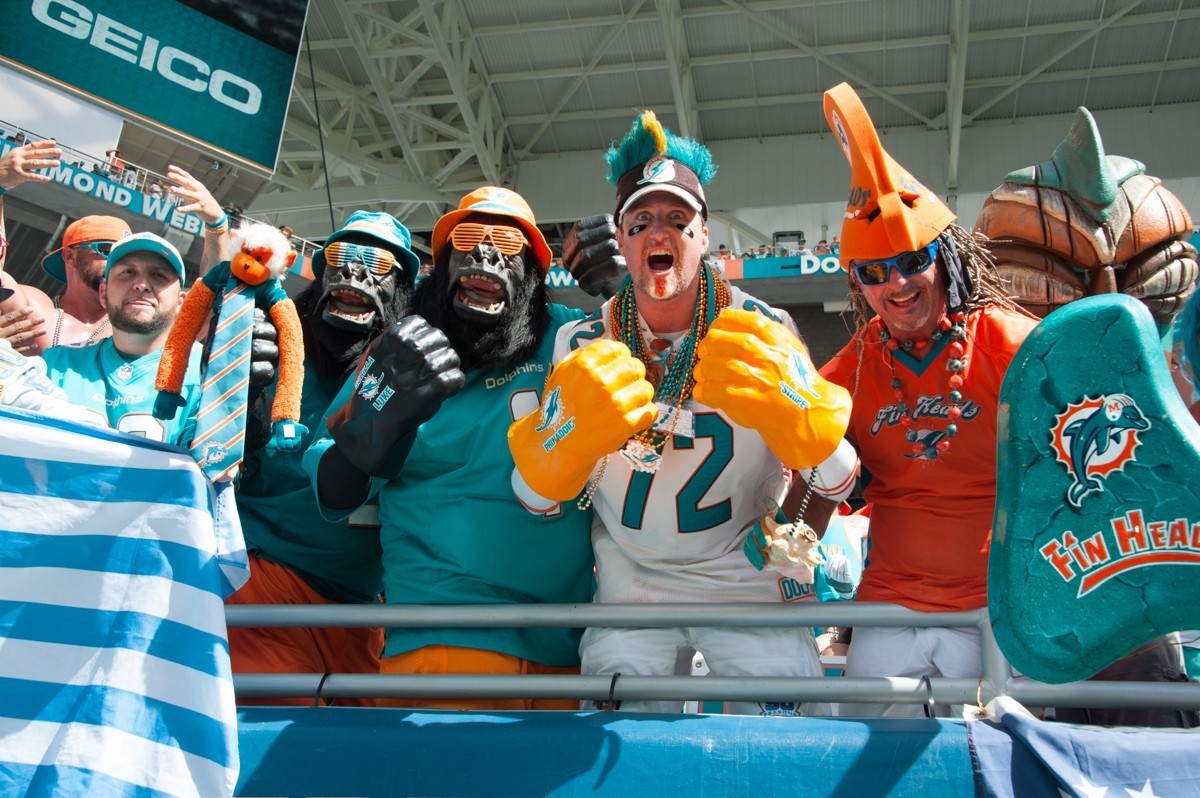 Photo by George Martinez
The Miami Dolphins are set to open their season this Sunday, September 9, at Hard Rock Stadium against the Tennessee Titans. This 1 p.m. game is the NFL equivalent of a midday nap or, if you will, the missionary position of the NFL.

You've likely never met a Tennessee Titans fan, but you've definitely never met anyone who hates the Titans. It's like asking someone for their opinion on vanilla ice cream: It's ice cream, so we aren't kicking it off the plate, but there are more exciting flavors.

The Titans simply exist. It's tough to have an opinion on them one way or the other. But in 2018, you're required to either love something or hate something — there is no in-between.

So here is your handy-dandy hating guide for Week 1. Screw you, Tennessee Titans!

1. Their coach, Mike Vrabel, is an ex-Patriots linebacker. He is forever the enemy. All branches of the Patriots tree must be trimmed, mulched, and used to clean up oil spills.


The last play reminded of the St Luis Rams vs Tennessee Titans in Super bowl , when Dyson was stopped short of scoring pic.twitter.com/XdllZQyMro

2. The Titans are best known for losing the Super Bowl by a yard. If you're most famous for almost winning that one time, you suck.


“Trample the weak, hurdle the dead” is no more. Vrabel said new message on the wall between locker room and practice field is “appropriate as we go out on field.” I’d share but it’s not worth the potential hassle from coach/team. pic.twitter.com/JJsFK0JXbF

3. The Titans' motivational wall messages are lamer than even the Dolphins' messages over the years (see: "Feed the Wolf"), which is really tough to pull off.


Stick around at halftime tonight for my interview with Titans owner Amy Adams Strunk who does have an update on the 2019 NFL Draft!!! pic.twitter.com/k8sW31ov5S

5. Marus Mariota is treated like the second coming of Steve Young, but in reality, he's just the Aldi-brand Russell Wilson. He has a lot in common with Ryan Tannehill in that it seems like he's been in the NFL forever, but we still have no idea who he is.


Jeff Fisher had eight seasons of either 7-9 or 8-8 years. The definition of mediocrity.

6. Jeff Fisher was the only person to out-Dolphin the Dolphins when it comes to perfecting mediocrity. That's Miami's thing! The Titans are like the Bizarro Dolphins, trying to copy them in their mediocrity.


#Titans jerseys look like Arena ball and why won't they get THIS off the sleeve and onto the HELMET? It's a T, for chrissakes...for Tennessee & Titans. I hate the flaming thumbtack. pic.twitter.com/xfIIA5T5Fk

7. The Titans are constantly changing their uniforms and will not be happy until they are an MLS team named Titans FC.

So there you have it: You should definitely hate the Tennesee Titans, if not because they stand between the Dolphins and a season-opening victory, then for all the reasons listed above.