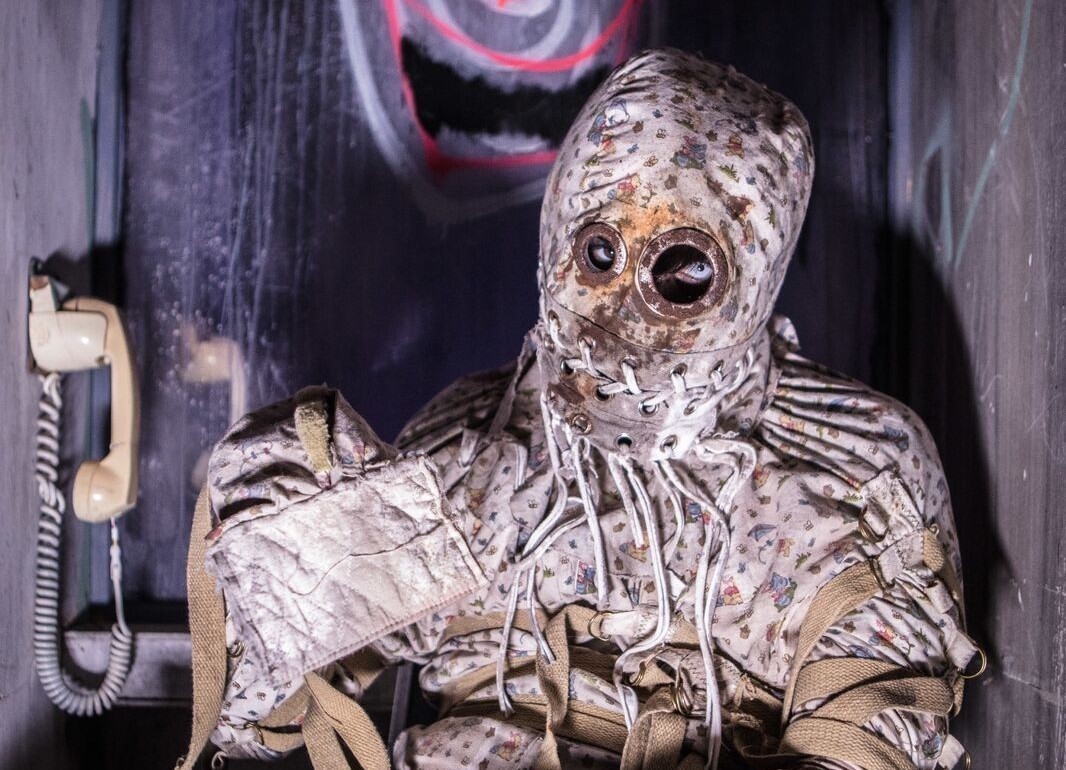 Photo by Kelly Goodman
Looking for a scare?
What’s your biggest fear? Is it enclosed spaces? Dark places? Heights? Snakes? Disappointing your parents? Whatever it might be, everyone — even the most macho among us — is afraid of something. During the Halloween season, the operators of haunted houses do their damnedest to expose our fears and use them against us. They get off on it. And in a sick, twisted way, so do we.

People love a good scare. How else do you explain the popularity of haunted houses? South Florida's horror attractions tend to draw long lines come October. Here are your options for a frightfully good time this year.
click to enlarge 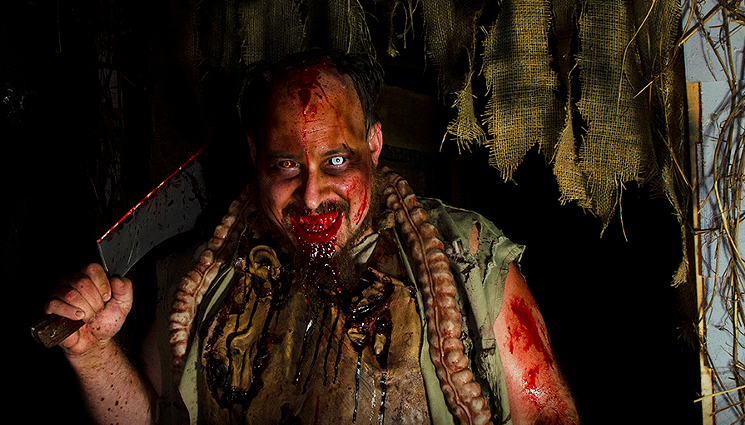 1751 N. Military Tr., Boca Raton
855-994-2868
enigmahaunt.com
What began as a few Halloween decorations in a garage for trick-or-treaters has turned into a full-scale, two-story haunted house in a former Bally Total Fitness. Enigma — owned and operated by Billy and Karen Groeneveld — offers three experiences: the witch-themed Cursed, the clown-heavy Twisted Mayhem, and the mixed bag Realms of Terror. Patrons are shuffled into the areas in smaller groups, which beats the aggravating large-group format of some other attractions where you miss out on scares. The whole thing should take you about an hour, giving you a big bang for your buck. Bonus: A portion of that buck goes to the anti-bullying campaign Don’t Be a Monster. 7 p.m. to midnight Friday and Saturday through October 26 and Thursday, October 31, and 7 to 10:30 p.m. Thursday and Sunday beginning October 13 through 27; Wednesday, October 30; and Friday, November 1. Tickets cost $30 to $50.

Sunny Shores Hotel is one of four new experiences at Fright Nights this year.
Photo by Kelly Goodman

South Florida Fairgrounds
9067 Southern Blvd., West Palm Beach
561-793-0333
myfrightnights.com
The once-glitzy Sunny Shores Hotel is overrun with inhabitants hungry for human flesh. Before you can pan the filthy hotel on Yelp, you'll have to get out alive. Sunny Shores Hotel is one of four new haunted houses at Fright Nights this year. Visitors to the West Palm Beach attraction, now in its 18th season, can once again expect live entertainment, carnival rides, and signature You can snap pics with the actors and imbibe at a cash bar in Fright Nights’ VIP lounge, billed as the — wait for it — RIP Lounge. The Cryptkeeper would be proud. 6 to 11 p.m. Thursday and 6 p.m. to midnight Friday and Saturday through November 2. Tickets cost $30 to $35. 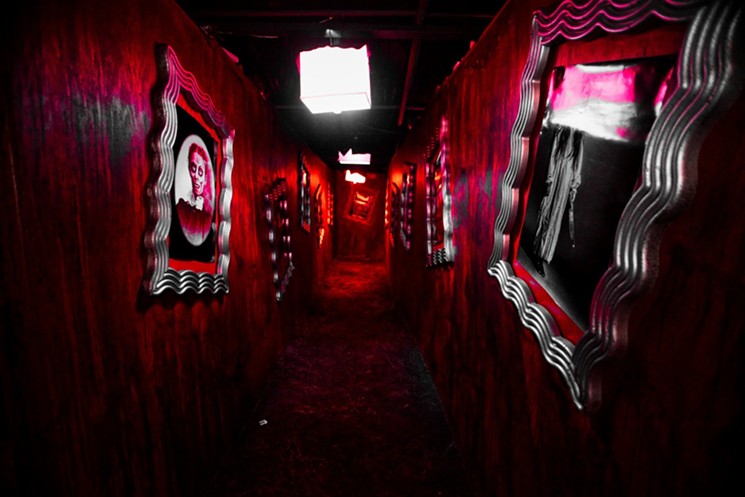 Party after you've made it through the maze at House of Death.
Photo by Alex Lopez

1700 NE Second Ave., Miami
houseofdeathmiami.com
Located next to a real cemetery, this new, 15,000-square-foot haunted house and its more than 40 actors are determined to give you nightmares. House of Death includes a bus full of corpses and an underground tunnel that will test your claustrophobia. Be sure to check out the lounge area with DJs if you can find your way out of the maze, which should take about 15 to 20 minutes. Stop by November 1 for a concert by reggaeton singer Justin Quiles and November 2 for the Día de Los Muertos-inspired party Raise the Dead. 6 p.m. to midnight Thursday to Sunday through Saturday, November 2. Tickets cost $20 to $25.

2602 NW Fifth Ave., Miami
305-833-5998
paranoiamiami.com
Want to know how many people have chickened out while stumbling through this pitch-black maze in Wynwood? Simply look at the running tally on the wall at Paranoia, which proudly displays the total (3,440 as of October 6). It’s a badge of honor and speaks to Paranoia’s ability to terrify its patrons into submission. The themes are constantly changing, so you have a reason to go there this Halloween season even if you've already visited. Or you could just wait a few weeks: Paranoia is the only attraction on this list open year-round. 5 p.m. to 1 a.m. Monday through Thursday and Sunday and 5 p.m. to 2 a.m. Friday and Saturday. Tickets cost $24.99.

2030 S. Congress Ave., Palm Springs
561-967-2023
xscreamhauntedhouse.com
You'd normally want to avoid getting stuck with high schoolers in a haunted house. They can spoil the fun by being rowdy and rude toward the actors. But what if the high-school kids are the actors? And the set designers? X-Scream is a mostly student-run attraction from the G-Star School of the Arts and has been delivering frights for 15 years. Before you dismiss this haunted house as an awkward high-school production, you should know it was once featured on the Travel Channel’s America's Scariest Halloween Attractions. These teens know what they're doing. This year, they've put together two new spine-tingling experiences — one is alien-themed and the other is set in a creepy bayou. 8 p.m. to midnight Friday and Saturday through October 26. Tickets cost $10 to $13.