M. Night Shyamalan's Latest Is Neither Mess Nor Triumph 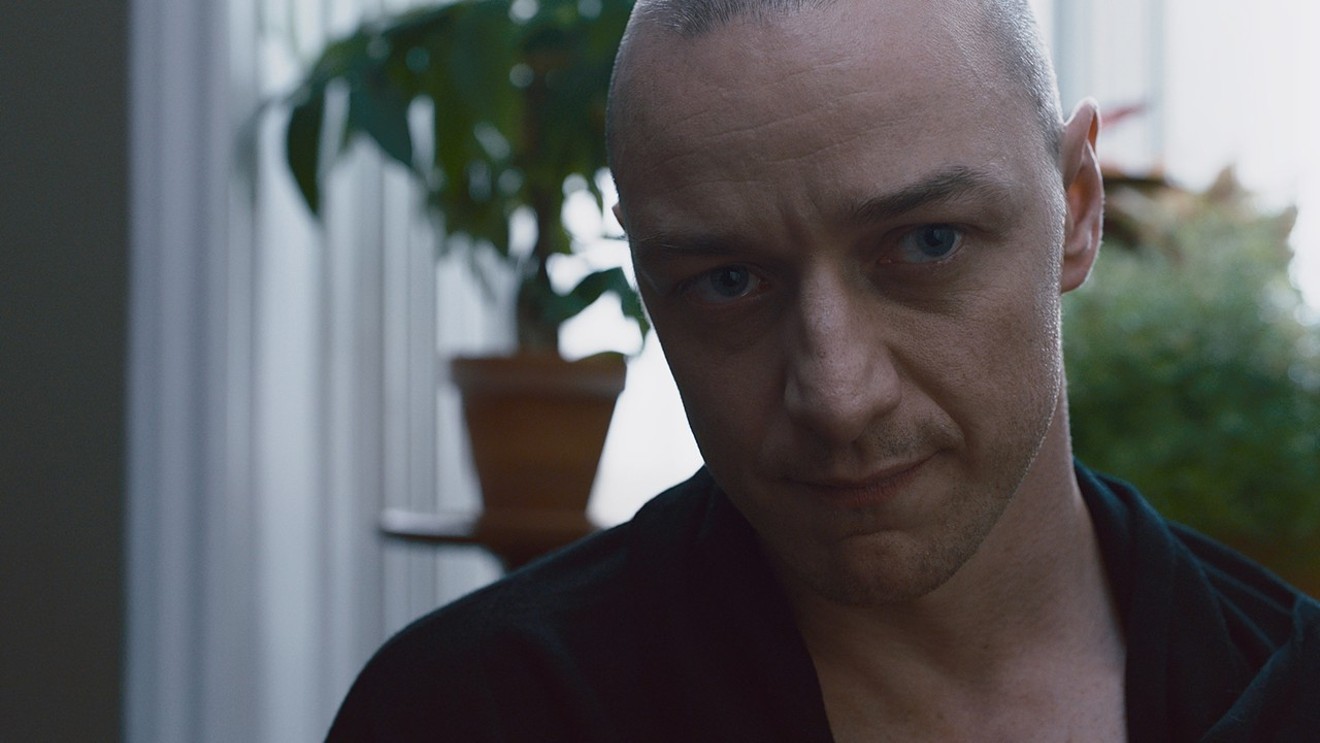 Courtesy of Universal Pictures
Despite his reputation, M. Night Shyamalan has never lived and died by the twist. His best films, like Unbreakable or even last year's cheerily nasty wicked-grandparents thriller The Visit, work first as accomplished, emotionally engaging suspense. What's most memorable about them isn't the final-act revelations or even the quietly impressive framing and camera work. It's that rare feeling of being unfixed in genre, of being uncertain just what kind of thriller the film will end up being: fairy tale or found-footage horror? Traumatized study of vengeance and survivor's grief or paranoid superhero story?

Outside of its knockout first scene, in which horror insinuates itself into the everyday, Shyamalan's latest, Split, is never so fruitfully uncertain. You always know just what sort of movie you're watching: an Oldboy/10 Cloverfield Lane–style locked-up-underground thriller spliced with the most howlingly ludicrous misunderstanding of mental disorders since the last time college freshmen got a DSM and started diagnosing their roommates.

Split's also cruel and humorless by Shyamalan's standards, with a wearyingly conventional climax and too many scenes of the villain (James McAvoy) ticking between his multiple personalities — he's got 23, none of which prove especially compelling. While Kevin (McAvoy) alters his pitch and growls about his need to feed the impure girls he’s imprisoned to some beast, you're left with little to think about besides whether or not a twist is coming. You won't be alone; when I typed “Split M Night Shyamalan” into a search bar, Google's first two autofill completions of the phrase were “twist” and “ending.”

The setup is no spoilable secret. Three high school girls (the lead is The Witch's Anya Taylor-Joy) get imprisoned in the sprawling unfinished basement of Kevin, an adult victim of abuse whose “horde” of personalities wrestle for dominance over each other. At first, Kevin adopts a different persona every time he enters his hostages' cell: an abusive monster, a helpful janitor, a frightened child. Shyamalan milks the first appearance of Jackie, Kevin's feminine self, for long, icky seconds, as if the sight of someone born a man but dressed as a woman is hilarious and discomfiting. Slightly more interesting is the fact that one of the less-wicked personalities keeps emailing Kevin's therapist, Dr. Fletcher (Betty Buckley), demanding an emergency session, which one of the other personalities then has to smile through, assuring her everything is just fine. Since this keeps happening, the therapist's quizzing of Kevin grows more intense. Which self is crying for help, before Kevin does something terrible to the girls? Might one personality be masquerading as another?

Courtesy of Universal Pictures
Courtesy of Universal Pictures
There's a locked-room mystery going on inside Kevin's head. But Split shows too little of the individual selves for viewers to develop a stake in puzzling out who's up to what. McAvoy is impressive as he switches personalities, but never scary or moving; the script gives him many chances to exhibit virtuosity but too few for soulfulness.

Shyamalan's less interested in who inhabits Kevin than he is in the idea of a crowd. He offers some parapsychological silliness about trauma possibly unlocking parts of the brain we don't already use. He treats us to Dr. Fletcher giving a lecture via Skype about some multiple-personality miracles: the blind man whose other selves develop sight; the young person whose left hand and right hand simultaneously take different selves' notes in what we're assured is wholly different handwriting. Nobody's ambidextrous note-taking looks like the same handwriting, of course, but it's hard not to imagine, as Fletcher carries on, why the movie couldn't have been about one of those odd cases rather than the ol' killer in the basement.

What's most engaging are the ways that the impulses of the humanistic writer/director seem at odds with those of the production company, Jason Blum's horror-cheapie specialists Blumhouse. The story — or the producers — demands that the teen heroines lose their clothes as the movie wears on: The bad guy's most OCD personality just can't stand to see skirts and tops get dirty, so he makes the girls surrender them as soon as they're besmirched. Tasteful Shyamalan can't bring himself to leer at the underwear on display, though, even in a close-up that shows a jagged knife tickling at the flesh just above the hem of a young woman's panties — possibly the most lurid image in any of his films.

He seems embarrassed of this exploitation element, and he never even goes for the obvious sick joke: As the girls attempt to engineer an escape, they should frantically be scraping schmutz off the clothes they have left. Shyamalan is clever enough to seed a surprise plot development in the slow disrobing, buying himself some cover and apologists an excuse: The movie's not selling the revelation and abuse of young flesh — it's criticizing it. (All the way to the bank.)

For all that, Split is still a Shyamalan film, which means there's joy in its craft and some inspired moments. Dig those in-camera split-screens, the best of the suspenseful incidents, its creator's willingness to disorient us and his skill at planting odd little details that later mean everything. Taylor-Joy's role mostly consists of her taking the horror in, eyes wide, face not committing to any one emotion until her character can figure out how to manipulate whichever Kevin is standing before her. She's silent and pained, a fascinating presence. Through her — and the most inspired turns in Shyamalan's script — Split finds surprising power in the familiar conceit that horror heroines must have survived great trauma before the movie even begins. Too bad you have to grind through all Kevin's unedifying chatter to feel it.