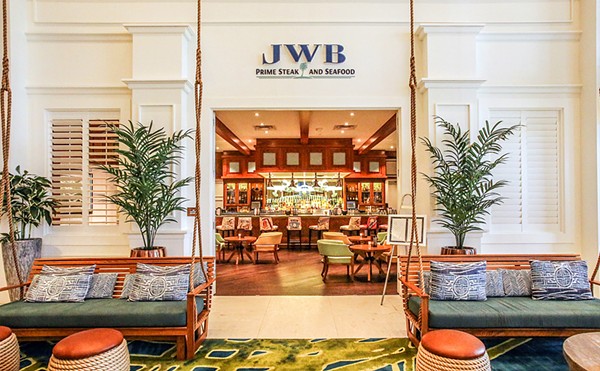 Forget cheeseburgers in paradise. At the Margaritaville resort in Hollywood Beach, you can get a perfectly seared prime bone-in rib-eye, local spear-caught fish, and a homemade banana cream pie that's better than your mom's — all in our own little slice of South Florida heaven. When the 17-story, 349-room Margaritaville Hollywood Beach Resort opened, no self-respecting South Floridian thought to look to the destination hotel for food. But, thanks to the resort's eighth and final food and beverage venue, it is. The all-new 142-seat steakhouse is named JWB after the hotel chain's founder, James William Buffett himself. It's the type of place where servers dressed in starched white shirts, crustacean bow ties, and permanent smiles will place the napkin in your lap, polish your wine glass before pouring, and remove the salad fork after the first course. Accessible to resort guests and locals alike, the establishment offers a decidedly luxe dining experience backed by a contemporary menu of fresh seafood, raw bar items, and prime steaks paired with a book's worth of world-class wines and another one for signature, handcrafted cocktails. Here, the focus is on the seafood, an entire program dedicated to sourcing the freshest fish possible. Rather than offer simple line-caught fish, JWB employs a team of local spear fishermen tasked with sourcing the day's fresh catch, prepared simply with nothing but a touch of salt, pepper, and olive oil, and served with a side of seasonal vegetables. Perhaps most exciting — although rather unexpected — is the JWB sushi program, six signature rolls and daily specials executed by a team of dedicated sushi chefs. If it's something sweet you're after, go for bananas Foster cream pie. It's a homemade version, cut into massive slices that seem to swallow the entire plate, with pudding-like custard oozing out from under a veil of fresh-whipped Chantilly cream and barely contained by the banana-studded butter-graham crust. It might not look pretty when it's set down before you in a slopping heap, but this is one dessert — like the restaurant itself — that shouldn't be judged by appearances alone. 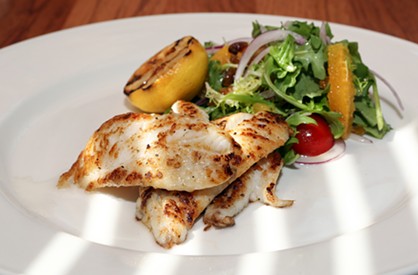 From mac 'n' cheese meccas to organic wineries, 2016 has offered a new restaurant for every palate in South Florida. JWB Prime Steak…