The band in question: All Time Low, a poppy, punky, quartet from the suburbs of Baltimore, who just released their debut full-length, So Wrong, It's Right, yesterday on Fearless Records. A middle-school age fan named Rea, a student at Magnolia Middle School in Harford County, MD caught with the pic hanging outside her locker and was suspended for *three* days.

(Ed. note: Things must be slow at public schools in exurban Maryland... You could be pushin' keys at my Miami high school and only get three days' suspension, as long as you didn't shoot anyone on school grounds.)

"Personally, I'm a little upset that anyone would find that picture to be 'offensive.' We tried our very hardest to look as sexy as possible and I think that maybe the administrative figures responsible for suspending the student were just jealous of our dashing, young physiques. I don't see any harm in carrying that particular picture around in a school environment. In fact, I've been speculating that studies may prove that the picture actually stimulates brain activity, and promotes greater levels of success in the classroom. But that's just one theory..." 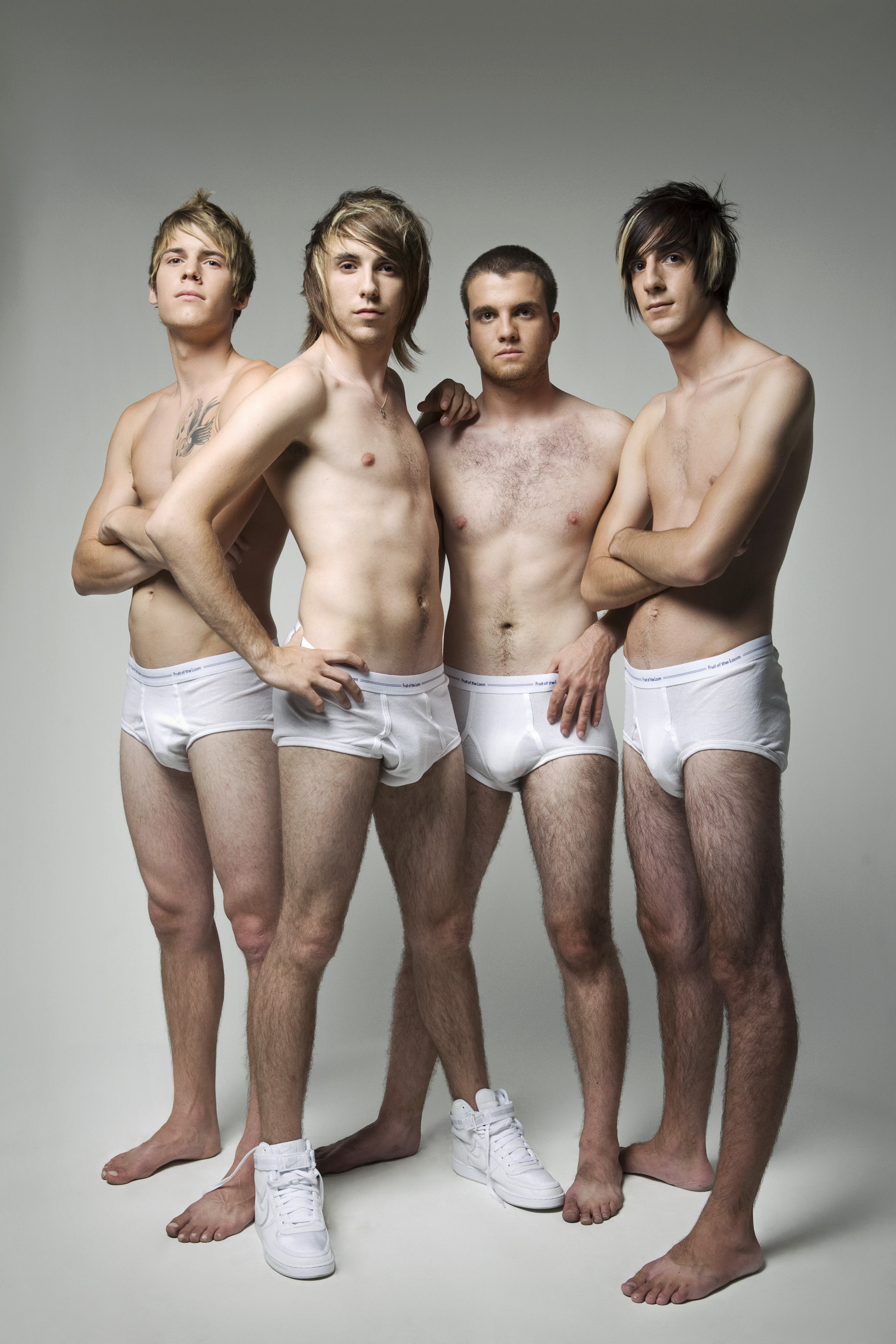 Lewd or lascivious? Hardly. They're just kinda cute, like I want to pinch their cheeks. Either set. Meow! -- Arielle Castillo