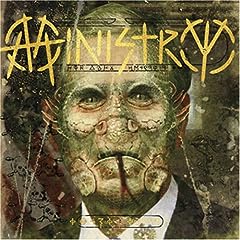 If The Last Sucker is, as leader Al Jourgensen says, Ministry's swan song, fans are not left wanting. From the assault of opener "Let's Go," the album recalls the thick groove and overall intensity of The Mind Is a Terrible Thing to Taste, churning through downtuned heavyweights like "Life Is Good" and Uncle Al's trademark sarcasm on "The Dick Song" ("Run run run, Cheney's got a gun"). The heart of the album is the speed metal drumming and pummeling guitars that drove 2004's Houses of the Mole, all building to "Roadhouse Blues," when the band throws down the hammer and rips through quite possibly their best cover. Closer "End of Days Pt.2," which samples Eisenhower's farewell address, is a masterful reflection of apocalyptic paranoia, and the most dynamic and expressive tune in Ministry's entire catalog. Aside from Jourgensen's self-appointed ­station as a prophet of doom, it's a ­fitting cap to a career that has pulsed, throbbed and evolved through 25 years of gleeful depravity.The Last Sucker is the closest thing to a pure rock album Ministry has done; it feels organic and even warm at times. Although it took an entire discography of hits and misses to get a good look at the band's human side, Last Sucker proves that the wait — and the ride — has been worthwhile. -- Chris Henderson