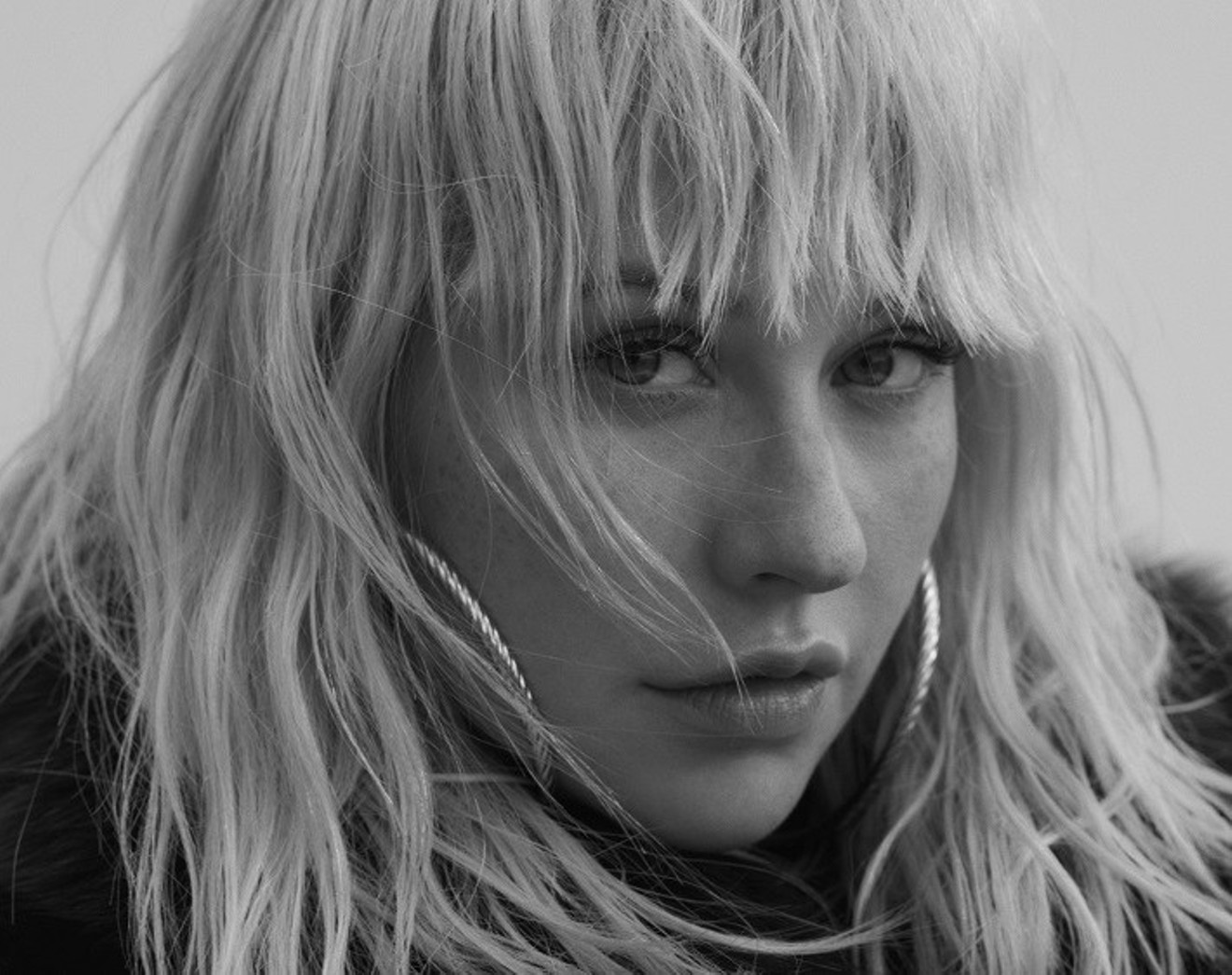 Christina Aguilera Photo by Milan Zrnic
America was a strange place in 2002. With futurist optimism, the nation had entered a new millennium after having survived overhyped Y2K fears. But then it witnessed the worst attack on U.S. soil just one year into the century. It was the kind of world-order-shifting event that alters the Zeitgeist for decades.

But as violent as people can be, they're also as resilient. And in the year that followed 9/11, people continued to create art. Some of it tried to put those unspeakable events into words, visuals, and song. But a lot of it remained what you'd call "lowbrow." People still wrote songs about clubbing and hooking up, and sitcoms repeated the same tropes. The most bizarre aspect of post-9/11 pop culture was how much it resembled everything that came before it.

And yet, though the gears were slow-moving, they were grinding toward radical change. In the same way the Vietnam era wrought parallel paradigm shifts in sexuality, race relations, and music, so too did the events of September 11, 2001. America was just a few years away from near economic collapse, the election of its first black president, and the breakdown of an industry that had for decades been most lucrative for the (usually rich, white) men at the top: the music business.

Before the advent of streaming (and, before that, illegal file-sharing), major-label artists were largely at the mercy of record labels. But in the early aughts, even those corporations did something radical: They released the musical reins and control over careers and gave them to young women. Today, in the era of pop auteurs such as Beyoncé, Lady Gaga, and Rihanna, it should be remembered that much of that change began with Christina Aguilera, who was only 21 years old when she recorded the album that remains her most culturally significant: 2002's Stripped.

Execs at RCA Records, Aguilera's label, took a gamble when they acquiesced to her righteous demands to speak for herself on her second album. Her self-titled debut, buoyed by her superhuman vocals, had yielded multiple platinum-selling singles despite her halfhearted efforts. (Aguilera has said she grew frustrated with songs such as "Genie in a Bottle" early in her career, believing they failed to properly show her talent.) In the waning years of major-label executive rule, Aguilera was one of the first artists to emerge from the manufactured, TRL-era teen-pop invasion of the late '90s and come into her own power as a young woman writing about her own truth. To do so, she preemptively called herself every word she knew would be lobbed at her, just as they'd been spit at women seeking power throughout history: "Dirty." "Whore." "Bitch."

Those words are all over Stripped. She introduced those sentiments from the first single and video for "Dirrty," in which she greased herself up, donned leather chaps, and made no effort to cover up the bright-red panties underneath her skirt. Backlash was swift. Comedians joked about her need for a shower as they parroted the epithets she attempted to reclaim on the album. At the time, few people understood that "Dirrty" had revealed a double standard: that society frets more about a woman subversively objectifying herself than it does about powerful, older men sexualizing girls to sell them to mainstream audiences. Aguilera was barely 18 when she sang "rub me the right way," but that mild controversy paled in comparison to the one that arose after the release of Stripped.
Of course, the title of Aguilera's record didn't refer to only her newly sexually liberated persona. The singer also bared her soul on the album, a move that the new school of pop divas has emulated and that unquestionably began with Stripped. The album's heartbreaker, "I'm OK," lays bare the lingering trauma of a childhood scarred by domestic violence. "Hurt me to see the pain across my mother's face/Every time my father's fist would put her in her place," she sang. With the outside world hurting just as much as her inner self, Aguilera shunned the carefree pop of the late '90s and leaned into the pain. The gamble paid off in the form of her most enduring work to date.

Take, for instance, "Beautiful," a song that's anything but a traditional anthem. Despite its empowering message, its uncompromising video was controversial at the time. The video prominently featured a gay couple kissing on a park bench as passersby stared — this at a time when the Supreme Court had not yet made its landmark decision that legalized consensual same-sex sexual activity across the nation. Even more notable, the video also featured a trans woman character, more than a decade before the advent of the still-nascent visibility of trans characters and trans actors in media.

Aguilera's output since Stripped has been uneven at best. She took a full decade off from touring to raise her children in a stable environment, though she continued to record music throughout. She's remained atypically experimental for a singer who could have easily rested her voice on power ballads, and though albums such as Back to Basics and the underrated Bionic were forward-thinking and trend-predicting, her subsequent albums have attained mixed degrees of success.

But in light of the way she gave voice to people desperate to scream — including herself — in a time of chaos, Stripped seals Aguilera's place in the canon of turn-of-the-millennium pop albums.

Christina Aguilera: The Liberation Tour. 8 p.m. Tuesday, September 25, at Hard Rock Event Center, 1 Seminole Way, Hollywood; seminolehardrockhollywood.com. Tickets cost $112 to $262 via ticketmaster.com.
KEEP NEW TIMES BROWARD-PALM BEACH FREE... Since we started New Times Broward-Palm Beach, it has been defined as the free, independent voice of South Florida, and we'd like to keep it that way. With local media under siege, it's more important than ever for us to rally support behind funding our local journalism. You can help by participating in our "I Support" program, allowing us to keep offering readers access to our incisive coverage of local news, food and culture with no paywalls.
Make a one-time donation today for as little as $1.