Phish is back -- a new album, a new tour, the whole kit and caboodle. And not a moment too soon: Without Phish, the nomadic throng of folks with a jones for drawn-out jams has been forced to migrate toward lesser musicians who headline gigs in Bumblefuck, Maine. To wit, the (unfortunately) indefatigable Dave Matthews Band has put out approximately 73 albums since Phish announced its hiatus in 2000, and the totally washed-up Other Ones -- goaded by Bob "Paul McCartney" Weir -- have been given far too much license to keep on truckin' all over Garcia's grave.

What's interesting about Phish's so-called hiatus is that it's been only two years since the last studio album, which is about standard for the industry (take note, Mr. Matthews). This isn't to say the boys from Burlington haven't been busy: They've all filled their time with artistically credible side projects. One would think that such creative ventures would yield a wildly dynamic new album, but Round Room plays like a retrospective of all things Phishy since 1988, when the seminal Junta debuted. This stylistic approach results in a meat-and-potatoes album that's one part Billy Breathes and one part Hoist with a dash of Rift -- the mellow, blazing, and conceptual all strewn into one schizophrenic 12-song package.

But even if Round Room isn't groundbreaking, it's a damn fine listen, and its highlights -- "Mexican Cousin" and "46 Days" -- exemplify the band's anthemic Southern-scorcher personality. Who are we kidding, though? For Phishheads, the true function of Round Room is a no-brainer: Throw it in the changer along with a dozen or so bootleg faves and unleash a smorgasbord of leaves and powders that'd roll ol' Jerry over in his grave. 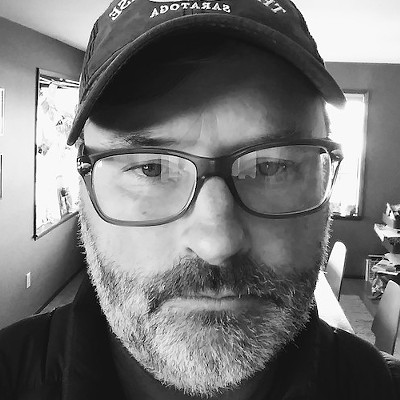