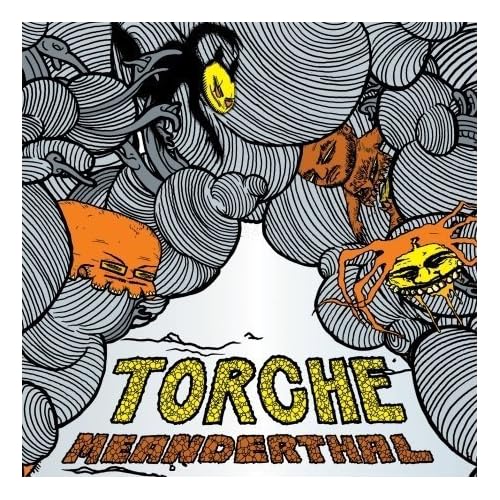 It's been a swell few months for Torche, since the release this April of its second full-length (and Hydra Head debut), Meanderthal. The record's garnered raves from the likes of Spin and the British mag Mojo, and been featured in Alternative Press, to name just a few of the many media mentions.

Now, the notoriously cranky and nitpicky Pitchfork Media has bestowed its approval on the record, too. (It seems the site has had an eye southward lately -- it recently gave the latest record by experimental electronic artist Dino Felipe a 7.2) In the site's lead review for Thursday, July 31, David Raposa gave the record an 8.2 out of 10 (I still wonder how those tenth-points get deducted). The basic thrust of the review: The band has moved even further beyond sludge-metal orthodoxy, but still remained heavy. It ends with a bit of especially glowing praise:

"[The album] shows Torche spreading their wings and exploring new territory while still creating their heaviest music yet. It's a fitting send-off to an absolutely killer rock record-- one that's likely to appeal to listeners into any stripe of heavy music from the past 20 years."

Rad -- Pitchfork gets it right, and on something besides its usual fare of whitewashed "meaningful-core" (thanks, Hipsterrunoff, for that term.)

The guys of Torche, meanwhile, remain the serious road warriors they are. Having just wrapped up a national tour with elusive Japanese drone weirdos Boris (and that, right after a previous national tour with The Sword), they're taking a little break through August before hitting western Europe in September and October, with previous tourmates Pelican, and then all the way to Japan, in November, with Coliseum. -- Arielle Castillo

Check out the track "Healer," from Meanderthal:

Don't Miss Out
SIGN UP for the latest Music news, free stuff and more!
Join Today
Sign Up
Become a member to support the independent voice of South Florida and help keep the future of New Times FREE
I Support Learn More