Some "Worsts" For the Year in Music

The Worst Things In Music This Year, according to Ben Westhoff! 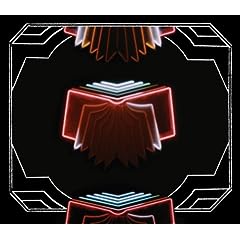 This cerebral garbage entertained about 100 people, none of whom didn’t either live in Canada or work as a music critic. Speaking of critics, it’s hard to agree with Sasha Frere-Jones about anything, but he was right that the Arcade Fire lacks soul. This is true in both the musical and metaphysical senses.

Worse than Avril Lavigne’s “Girlfriend” and much worse than ‘N Sync’s “Girlfriend,” this slow, pandering drivel is the kind of thing that makes you wish Bow was still a pup and Omarion was still with B2K. 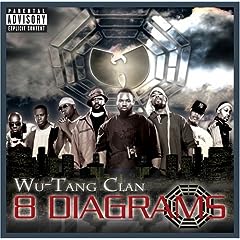 Wu’s new album is amazing, and I support RZA’s production on it, but on “Sunlight” he falls off the deep end. “And as you play all day like the grasshopper who work and toil like armies of ants carrying stones of soil,” he chants in a series of run-on sentences, “building a home for themselves and storing food. At night we praise Allah and adore the moon in sync like the flow of the Nile, the growth of a child.” Cool!

White Williams tries his hardest to avoid melody in his songs, and in his concerts he tries his hardest to avoid playing music. This was the case, at least, at his December 10 show at New York’s Bowery Ballroom, in which Williams’ inane, hipster banter dominated the set. During long pauses between songs, we were treated to views of (what I believe was) his MySpace page.

Topped, of course, by Arcade Fire, the AV Club’s best 25 albums of the year list also featured past-their-prime bands like Wilco and Modest Mouse. I do agree with some of the choices, like Band of Horses and Amy Winehouse, but the main problem is that it includes not a single hip hop album. An online commentator called “Murk” put it best: “You guys are almost as eclectic as Time magazine!”

It seems that whenever Idolator isn’t bashing Village Voice Media papers for shoddy music writing or dishing out shoddy music writing of its own, it is subjecting us to this never-ending “Worst Album Cover Of The Year Tournament.” It's not at all funny (Vice magazine has been doing this to greater effect for years), but I mainly hate it because they've been subjecting us to it -- and its preliminaries -- since fucking February.

It’s been fun guys (well, no not really), but it’s time for indie rock to go gently into that good night. Irony, self-consciousness, and beard-stroking aren’t what we need in our music – that’s what we have the McSweeney’s franchise for.