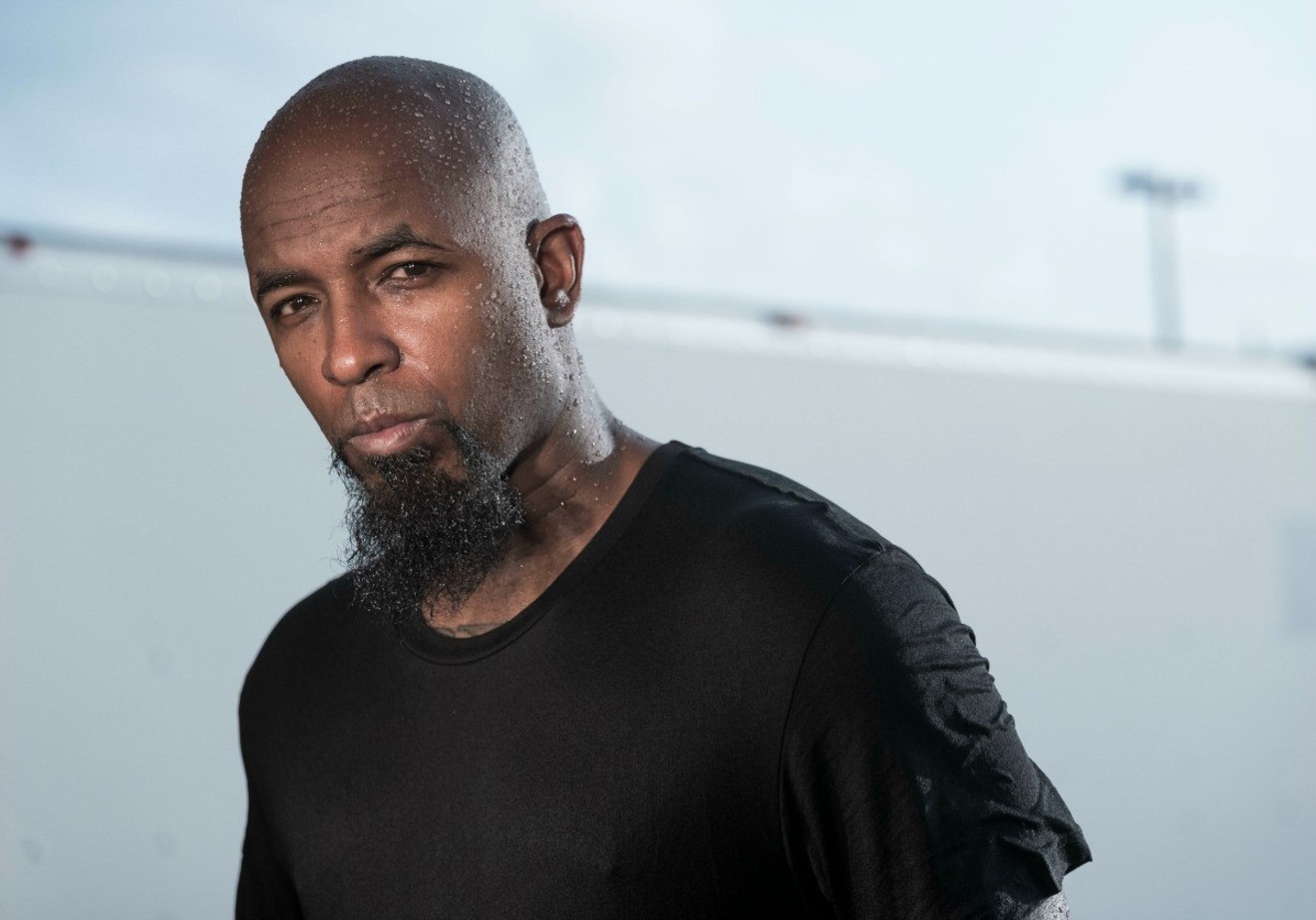 Tech N9ne prepares to bring the Strictly Strange tour to Fort Lauderdale. Photo by Dennys Ilic
Since 1991, Kansas City native Tech N9ne has blurred the lines between genres of music through his reckless lyrics and universal instrumentals. He's accomplished this feat with zero support from a major label. After establishing his own imprint, Strange Music, in 1999, Tech has spent nearly two decades attracting scores of rap and rock fans. His extensive catalog is filled with rebellious music.

“Yes, I am an independent giant because I’m still independent,” Tech says. “But I’m an artist and a businessman, and my music speaks for itself. You see me with Slipknot, System of a Down, the Doors, Marsha Amborious and Floetry, Eminem, Lil Wayne, 2 Chainz, B.o.B, Kendrick Lamar — the list goes on.”

But don't expect the greatest acts in hip-hop and rock to come through for his Strictly Strange tour. After performing in the Sunshine State's major cities Pensacola and Orlando, Tech N9ne will arrive in South Florida for Cinco de Mayo to take over the Culture Room in Fort Lauderdale. He’s been addicted to the art of touring for years, so he knows well that concerts tend to follow the same blueprint. That's why he felt the need to make the tour completely different from any other round of shows he’s ever done.

“The difference is I get to be three different people in one setting,” Tech says. “Sounds impossible, but it's happening, and so many fans are talking about it because these characteristics that I am in one setting, I introduced to my fan base in ’06. I gave them names, faces, and characteristics. I brought them forth on this tour, and I’ve never done that before. I’ve only done one-dimensional as far as appearance onstage all these years. Now I am three because I’m a totally three-dimensional human being.”

His fans know "the Clown" well, but that’s just one of Tech N9ne’s alter egos. The King and the G, along with the one that combines all of them — Mr. 3-D — have made their official debut during his latest tour, which also features his Strange Music signees Krizz Kaliko, Brotha Lynch Hung, CES Cru, and Stevie Stone. Putting on a major show has never been an issue for the Dominion rapper; however, he had to overcome one difficult problem during the planning process for the tour.

He had to choose each song wisely, but it didn’t take him long to select enough tracks to fill the two-hour block. The Strange Music CEO made sure to insert classic songs from his lengthy discography from his debut album, The Calm Before the Storm, all the way up to his most recent solo effort, The Storm, and his collaborative album Dominion. The proposed playlist alone makes any fan instantly want to mosh in a rambunctious mob, and Tech plans to turn up with them all.

The idea of moshing at a hip-hop show isn’t new. Recently, the wild turn-up technique has become an intense trend at mainstream hip-hop shows for artists such as Travis Scott and Lil Uzi Vert. However, when revered MCs like Joe Budden proclaim Tech N9ne’s performances the best in hip-hop, all other mosh pits become obsolete.

“I don’t care about that,” Tech says. “I love Joe Budden, and I know he’s right about our shows. The youngsters got to learn from somewhere, and if the music is lit enough for them to mosh, then mosh. I don’t care about it being commercialized. I mean, mosh pits have been going on since day one, since Elvis."

Not only can fans expect to get crazy in a crowd of Tech N9ne’s wild followers, but also South Florida can expect to see one of its own musical visionaries onstage with him. Wreckonize of Strange Music’s ¡Mayday! will make a grand appearance during the two-hour show.