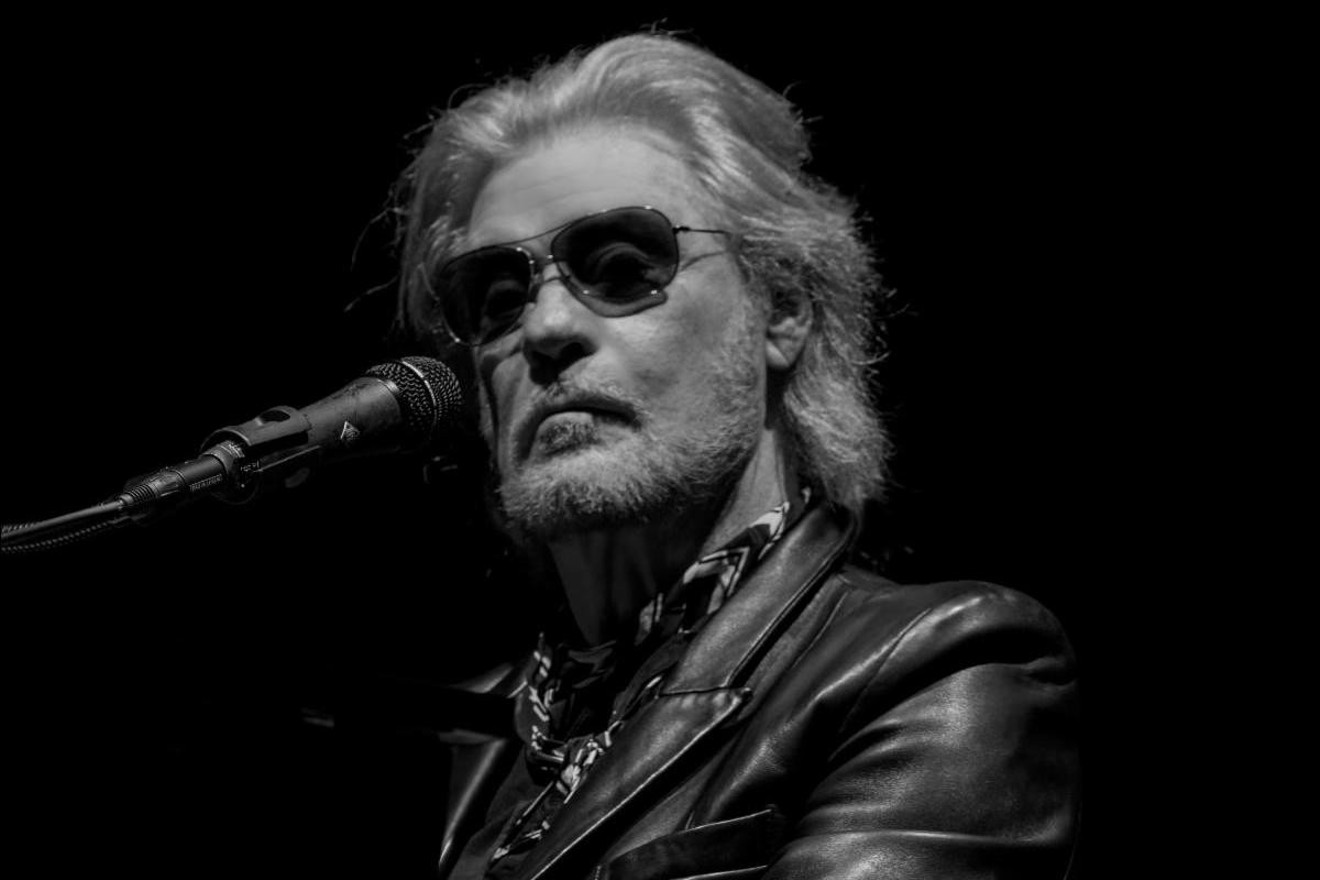 Daryl Hall has always pursued a solo career. Photo by Stuart Berg
As one half of Hall & Oates, Daryl Hall has been a part of selling more records than any other duo in music history.

Singing with others was ingrained in him as a child growing up in Pennsylvania, Hall tells New Times.

"That was the tradition I grew up with in Philadelphia," he says. "We had these very racially integrated harmonies. It's what kids did back then. They didn't pick up instruments; they snapped their fingers and sang together on street corners."

As a child, he was also exposed to four-part harmonies.

"I was born into a musical family," Hall explains. "My first recollections were musical recollections. My mom was in a band, my dad would sing, and I was always around that. Singing with John [Oates] was just part of the tradition I came from."

But even while he was topping the charts with hits like "Rich Girl" and "Maneater" as part of Hall & Oates, Hall pursued a solo career. He's released five albums, working within the genres of pop, prog rock, and his beloved soul music. Throughout his career, there was never a conflict as to whether a song he composed was meant for himself or for his work alongside John Oates.

Earlier this year, Hall released the retrospective double album BeforeAfter, highlighting 30 of his favorite tracks as a solo artist.

"It was hard to pick the songs," he says. "I got a good chunk from each of the five albums. I used my instincts to pick which songs. I thought what songs fit the best and put them not in chronological order, but in mood order."
His latest tour alongside the Daryl's House Band stops at Hard Rock Live at the Seminole Hard Rock Hotel & Casino on Sunday, July 31, and encompasses what Hall says is a potpourri of his work as a solo artist.

"It will be heavy on the compilation," he says. "I'm going to try to keep a similar feel of Daryl's House."

In 2007, he launched the web series Live from Daryl's House, where he invites well-regarded musicians to his home and plays some tunes with them. Acts like Chromeo, Train, CeeLo Green, and Elle King have all made appearances.

"After all these years touring, I wanted to turn things upside down and bring people to me," Hall says about the series. "I wanted to work with various people and show them in a nonperformance environment where there's no audience."

After the six-city tour, he plans to film more episodes of Live from Daryl's House before hitting the road again.

"I think it's smarter to do an unending leg of short tours in this environment of the pandemic," Hall explains. "With the pandemic, if you plan a large tour, you might end up having to cancel a bunch of shows."

If Hall does cancel any shows, it won't be because of his pipes. At 75 years, his vocals still sound great.

"I don't do anything special for my voice," he says. "I was trained well, and I sing the right way. I was blessed with great vocal cords."

Daryl Hall. With Todd Rundgren. 7:30 p.m. Sunday, July 31, at Hard Rock Live, 1 Seminole Way, Hollywood; 954-797-5531; myhrl.com. Tickets cost $60 to $100 via ticketmaster.com.
KEEP NEW TIMES BROWARD-PALM BEACH FREE... Since we started New Times Broward-Palm Beach, it has been defined as the free, independent voice of South Florida, and we'd like to keep it that way. With local media under siege, it's more important than ever for us to rally support behind funding our local journalism. You can help by participating in our "I Support" program, allowing us to keep offering readers access to our incisive coverage of local news, food and culture with no paywalls.
Make a one-time donation today for as little as $1.