Weezer, Cage the Elephant, and Others Will Perform at Riptide Music Festival 2017 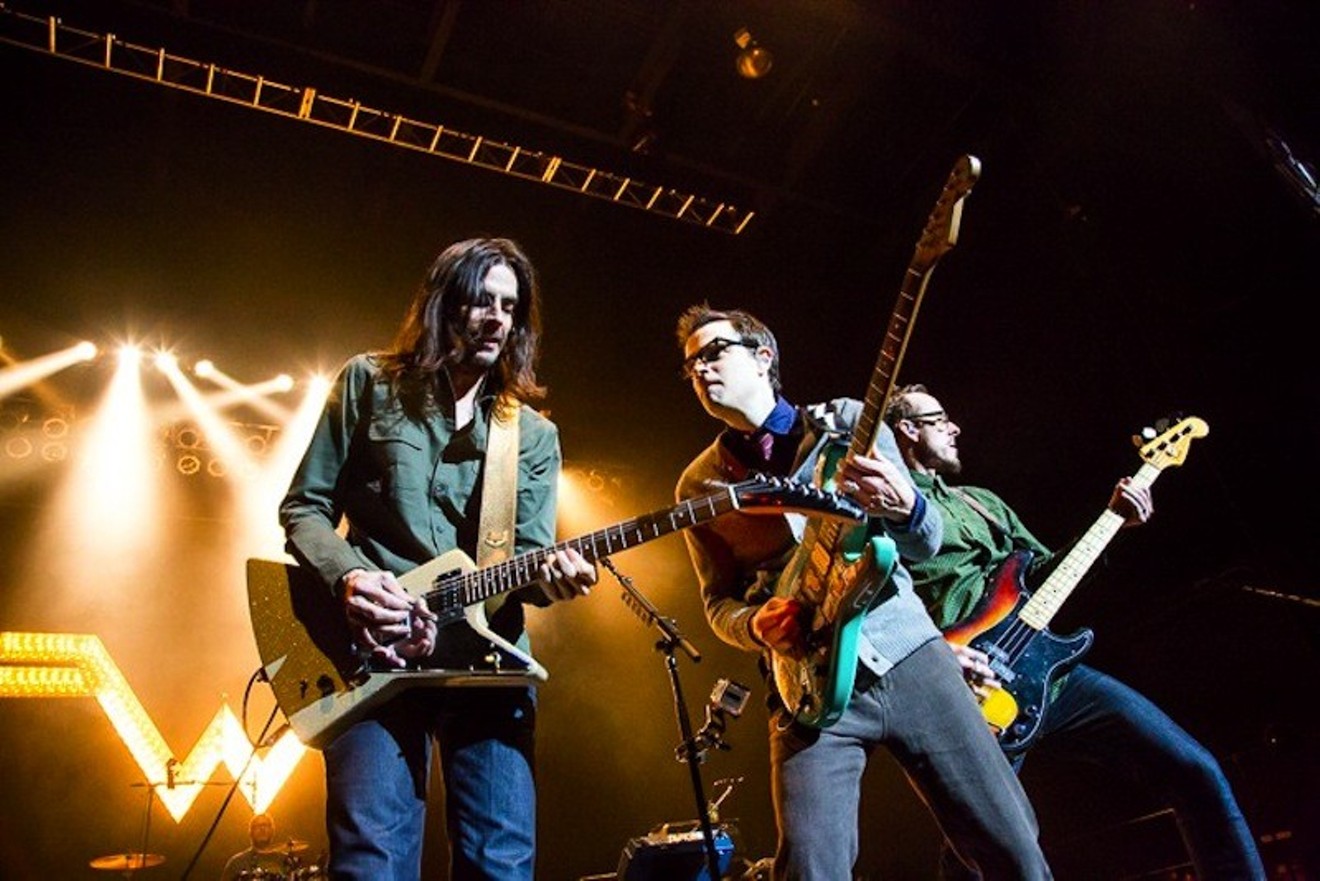 Weezer will headline this year's Riptide fest. Photo by Monica McGivern
Awright! It's totally time for another majorly cool winter music festival to wash up on South Florida's shores. But unlike some other winter beach parties catering to the artsy trend-hoppers south of the county line, this one's got a different location and a way gnarlier vibe. It's Riptide, dude!

Just as Miami gears up for Art Basel, the Riptide Music Festival will take over Fort Lauderdale Beach December 2 and 3, and the initial lineup for the two-day party was just announced.

Saturday will be headlined by the lords of the beach, the kings of the so-uncool-it's-cool, the Beverly Hills-wannabes themselves: Weezer. That's right, Rivers Cuomo will be there to ask the crowd "Do You Wanna Get High?" Say it ain't so! Also performing will be alt-rock radio standbys Cage the Elephant and Portugal the Man (which New Times interviewed the last time the band blew into town).

Sunday, things will get a bit more retro. KC & the Sunshine Band will headline, while Tito Puente Jr. and Loverboy will also perform. Salt-N-Pepa will be on hand to "Push It" in a more hip-hop direction. Two other "major acts" will also be announced soon, according to festival organizers.

Basically, Riptide is gonna take you back to the '90s whether you like it or not. (You're gonna like it.)

Tickets start at $60 for one-day passes and $100 for two-day, which is surprisingly economical for such a totally radical lineup. Admission also gets you access to other fun festival amenities, such as art installations, a sports bar, a wine garden, an animated photo booth, free samples, snacks, and giveaways, and even (OMG) a puppy kissing both. Tubular.

VIP tickets cost $229 for one day and $400 for both. That'll nab you access to a special entrance, a stage-adjacent VIP area, air-conditioned restrooms, two complimentary drink tickets, and free bottled water all day. The fest also offers ten-person cabanas with even more amenities for a cool $5,000 apiece. Wicked.

Douglas Markowitz was Miami New Times' music and arts editorial intern for summer 2017. Born and raised in South Florida, he studied at Sophia University in Tokyo before finishing a bachelor's in communications from University of North Florida. He currently writes freelance about music, art, film, and other subjects.
Contact: Douglas Markowitz
Follow:
Twitter: @dougmarkowitz