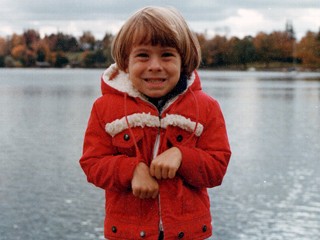 This is either some great detective work... or it's a police chief eager to close an infamous, mangled, 27-year-old child abduction case.

Whatever. At least the Walshes seem to have some closure. "Today's a wonderful day," John Walsh told reporters packed into a stuffy room at the Hollywood police station. "We can end this chapter of our lives."

The Walshes have long believed the killer was Toole, who once confessed to killing 6-year-old Adam. But then Toole confessed to more than a hundred murders, at least some of which he didn't commit. Toole died of a busted liver in 1996.

Even among his fellow serial killers, Toole was colorful. He dabbled in cannibalism, as well as arson, and had a fling with Texas serial killer Henry Lee Lucas. For more on that pair, check out this creepy website by a serial killer hobbyist who describes Toole as a "part-time transvestite and deeply psychotic retard."


Wagner conceded that although much of the evidence against Toole is circumstantial, he believes that had Toole been alive today, the case would be strong enough to hand over to the state attorney's office. "I'm sure people will want to say Dahmer did it. But it always goes back to Ottis Toole."

Click here for the argument, written by New Times' own Bob Norman, that another cannibal, Jeffrey Dahmer, killed Walsh.

Willis Morgan, who has done much to advance the Dahmer theory, attended today's press conference. And, yes, he still insists that Dahmer is responsible. So why does Morgan think the Hollywood P.D. shut the case? "I think they want people to stop bugging them," he said.

KEEP NEW TIMES BROWARD-PALM BEACH FREE... Since we started New Times Broward-Palm Beach, it has been defined as the free, independent voice of South Florida, and we'd like to keep it that way. With local media under siege, it's more important than ever for us to rally support behind funding our local journalism. You can help by participating in our "I Support" program, allowing us to keep offering readers access to our incisive coverage of local news, food and culture with no paywalls.
Make a one-time donation today for as little as $1.
Amy Guthrie
Contact: Amy Guthrie