Need for Speed: Brightline Wants Its Trains to Go Even Faster 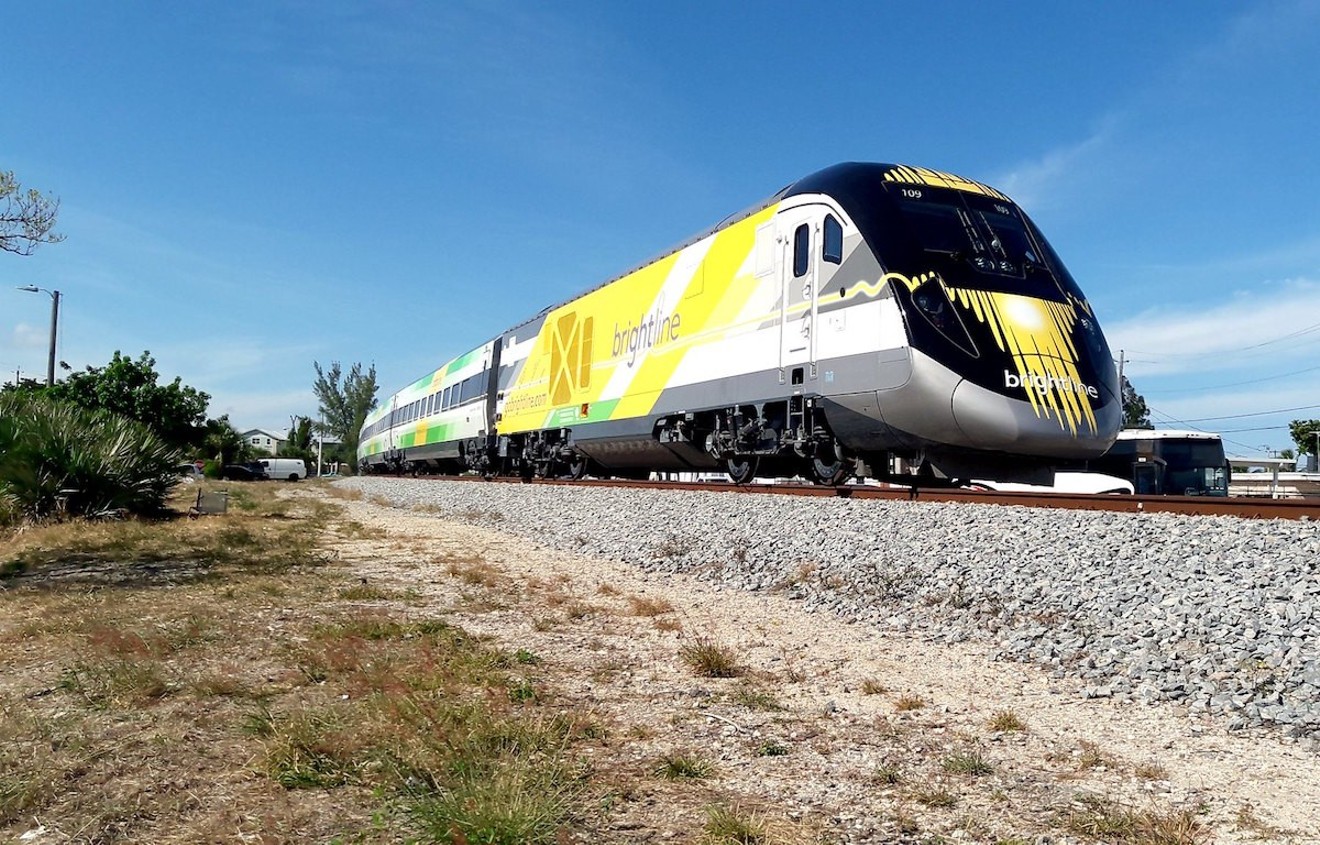 The train will reach speeds up to 125 mph between West Palm Beach and Orlando, and up to 150 mph between Orlando and Tampa. Photo by BBT609/Flickr
The Brightline travels at speeds up to 79 mph, but that's apparently not fast enough.

With the intercity route's expansion to Orlando and then Tampa, Brightline’s senior vice president of corporate development, Christine Kefauver, recently told various news outlets that the higher-speed train will reach speeds up to 125 mph between West Palm Beach and Orlando, and up to 150 mph between Orlando and Tampa.

The news follows a spate of Brightline crashes in South Florida. So far, 11 people have been struck and killed since Brightline resumed service between Miami, Fort Lauderdale, and West Palm Beach in November, after a pandemic-induced hiatus. In December 2019, the Associated Press called Brightline America's deadliest train per mile.

On Twitter, users were quick to point out the potentially fatal ramifications of increased Brightline speeds when it comes to pedestrians and vehicles.

Sounds bad for the cars and people it keeps hitting. https://t.co/No4G9uW2t7

Ignoring everything else here, just a pro-tip: there is not a single place within the state of Florida that is worth traveling at 150mph to get to. Because Florida. https://t.co/4ojJawYBWs

According to Mike Arias, a public roadway safety advocate, simply reducing the train's speeds at busy crossing stations would be the best and cheapest solution to save lives. He says he recently wrote to Brightline officials offering solutions to make the train crossings safer, including slowing the trains to roughly 10 miles per hour at least half a mile away from busy crossings to allow train operators more time to brake if a vehicle or pedestrian is on the tracks.

Brightline didn't immediately respond to New Times' request for comment via email, though it appears they're not taking Arias' advice.

"It would definitely be a major setback for public safety," Arias, a retired traffic officer for Miami-Dade Fire Rescue with 40 years of experience, tells New Times. "When you are increasing the travel speed by a mere, you know, 15 or 20 mph, the injuries are going to be that much more severe."

Of course, slowing down would mean commuters wouldn't reach their destinations as quickly. The 230-mile trip from Orlando International Airport to Miami Central Station will reportedly take only three hours. A motorist would be lucky to arrive a half-hour later, and that's assuming no traffic or construction along the way

Arias also suggested installing cameras at each of the region's nearly 180 crossings so that conductors and crew have enough time to react to hazards on the tracks.

If Brightline moves forward with its plans to increase speeds, Arias says, he would suggest installing elevated crossings in more populated areas to allow the trains to run at full speed without the risk of striking vehicles, pedestrians, or bicyclists.

He understands that the privately run rail route is likely considering the price tag that would accompany such safety initiatives.

"But that should not, by any means of the imagination, take precedence over public safety just to save a couple of minutes of travel time for heaven's sakes," he says.
KEEP NEW TIMES BROWARD-PALM BEACH FREE... Since we started New Times Broward-Palm Beach, it has been defined as the free, independent voice of South Florida, and we'd like to keep it that way. With local media under siege, it's more important than ever for us to rally support behind funding our local journalism. You can help by participating in our "I Support" program, allowing us to keep offering readers access to our incisive coverage of local news, food and culture with no paywalls.
Make a one-time donation today for as little as $1.