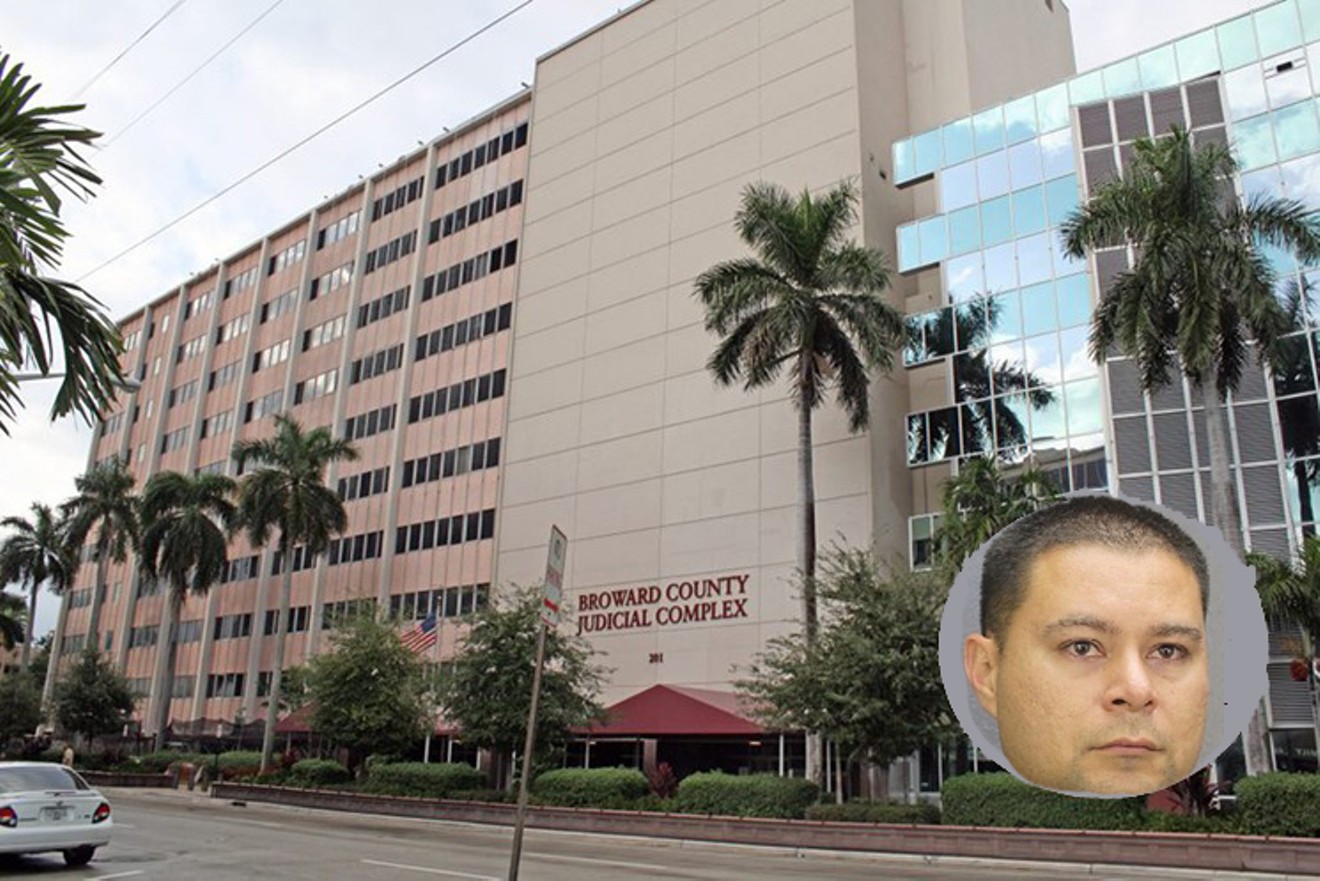 Michael Martinez (inset) Georgia Guercio via Wikimedia Commons / Broward Sheriff's Office
Michael Martinez was sentenced to ten years in state prison Wednesday after the former Miccosukee police officer was convicted of four felonies in October over an incident in which he forced two teens to strip naked during a traffic stop.

Martinez, age 30, of Hialeah, remained in jail following the jury verdict October 17, but Broward Circuit Judge Tom Coleman ruled Wednesday that Martinez may be released on a $20,000 bond while appealing his conviction, Broward State Attorney Mike Satz said in a news release.

Martinez was found guilty of two counts of extortion and two counts of unlawful compensation at trial. Prosecutors showed Martinez had forced two teens to strip and run on a secluded road in the Everglades.

Martinez pulled the couple over after the driver, Kyle Shoulta, ran a stop sign on Alligator Alley near the Miccosukee reservation August 5, 2016. Martinez found marijuana and alcohol in the vehicle and told Shoulta and his passenger, Remy Riley, who were both 18 at the time, to follow him down an isolated road. The victims testified they felt they had no choice but to do what he said — Martinez had threatened they would go to jail otherwise.

After Shoulta took off his clothing and bolted, Martinez turned to Riley, who had hoped stripping to her undergarments would be enough. He pressed her to take off everything and tried to solicit what he called a "hand job" from the young woman, Satz said.

The Miccosukee Police Department fired Martinez a year after the incident.

Assistant State Attorneys Justin McCormack and Chris Killoran tried the case, which could have seen Martinez sentenced to a maximum of 60 years in prison.
KEEP NEW TIMES BROWARD-PALM BEACH FREE... Since we started New Times Broward-Palm Beach, it has been defined as the free, independent voice of South Florida, and we'd like to keep it that way. With local media under siege, it's more important than ever for us to rally support behind funding our local journalism. You can help by participating in our "I Support" program, allowing us to keep offering readers access to our incisive coverage of local news, food and culture with no paywalls.
Make a one-time donation today for as little as $1.