No, it's not a real jersey. Yes, it will likely be better than the official sponsor. Photo illustration by Marcos Villalba
Time is running out for the Inter Miami soccer team to find a sponsor before its inaugural game against FC Dallas on March 22. South Florida's newest sports franchise is the only team in Major League Soccer set to play in 2020 without a sponsorship deal, and it's not even close. MLS debutant FC Nashville locked in a sponsor way back in September, and just this week, Austin FC — a team so new it won't actually be introduced into the league until 2021 — announced a deal with the iconic cooler brand Yeti.

So what's the deal with Inter Miami? Officials have been tightlipped about a potential sponsor, even in the face of recent reports of ongoing negotiations between club cofounder David Beckham and the oil-rich State of Qatar. Inter Miami fans didn't take kindly to the news; some even threatened to sell their season tickets and modify their jerseys.

Which brings us, inevitably, to the memes — lots and lots of them. Fans had a laugh poking fun at the underwhelming Inter Miami jersey concepts that leaked in January by comparing them to pajamas and plain white T-shirts. And now they've turned their sights to the team's sponsor — or lack thereof.

Using the magic of Photoshop, the Inter Miami faithful have selected their own wonderful batch of potential sponsors they'd much rather see on the jerseys than a Qatari logo. Here are some favorites:

A crowd pleaser, the already legendary Café Bustelo concept jersey (pictured above) would make a whole lot of sense. Miami already runs on cafecito, so why shouldn't its soccer players? It's not difficult to imagine a world where fans piled into Lockhart Stadium in Fort Lauderdale are given a complimentary cortadito after a winning goal. Cue the caffeine-induced insanity.

The jersey above was posted on a private Inter Miami FC page on Facebook to much fanfare. "Brooooooo. You the real MVP!!! We joke about this often and it's great to visualize it," one person wrote.

"I love it could it get more South Florida than that!!!?! They need to sell cortadito at the games," another user posted.

Another masterpiece posted on the Inter Miami subreddit.
Screenshot via elrobrex / Reddit
Green cups from Flanigan's are as integral to South Florida as alligators, Botox, and croquetas. The beloved restaurant is a 305 staple, and Inter Miami fans are drooling over the prospect of game-day deals involving Flanigan's famous wings and nachos. And the best part: Flanigan's has already publicly announced it would like to work with Inter Miami. Keep your fingers crossed.


We'd love to partner with @InterMiamiCF.

This one is more tongue-in-cheek than the others. It alludes to the now-famous failure that was Fyre Festival. Billed as the next big music festival for the wealthy, well connected, and famous, Fyre went up in flames, and its lead organizer, first-grade asshat Billy McFarland, allegedly skipped out on paying hundreds of Bahamian workers hired to set things up.

What's that got to do with soccer? Well, for fans who have been waiting for Inter Miami to make a superstar signing, as Beckham promised — or even just a sponsorship announcement — the moment offers plenty of reasons to be disillusioned. 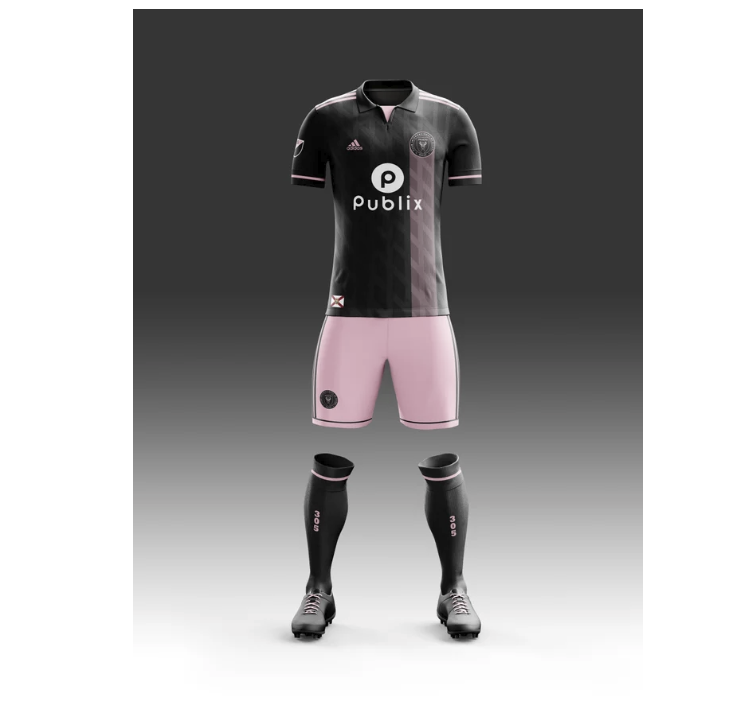 Admit it: The idea of Pub subs at Lockhart Stadium sounds like heaven.
Screenshot via GusGusMG / Reddit
Although there are no concept jerseys for these supermarkets (yet), that doesn't mean they're any less worthy of consideration as potential sponsors. Publix is as Florida as the Everglades and Pitbull, and the possibility of getting discounts on Pub subs after an Inter Miami victory is a tasty one. However, Inter Miami, like the city, is fundamentally a multicultural and bilingual club, so there's definitely room for a Latin chain such as Presidente Supermarket to make a claim to the sponsorship throne.

The Publix jersey concept has already garnered a warm response on Reddit.

"I've never considered Publix sponsoring anything but now that I've seen this I NEED them to do so," one Redditor wrote. Another person said, "Take my money!"

In truth, every entry in this article would be a better sponsor than Qatar. You can't blame Inter Miami fans for dreaming (or meme-ing).
KEEP NEW TIMES BROWARD-PALM BEACH FREE... Since we started New Times Broward-Palm Beach, it has been defined as the free, independent voice of South Florida, and we'd like to keep it that way. With local media under siege, it's more important than ever for us to rally support behind funding our local journalism. You can help by participating in our "I Support" program, allowing us to keep offering readers access to our incisive coverage of local news, food and culture with no paywalls.
Make a one-time donation today for as little as $1.