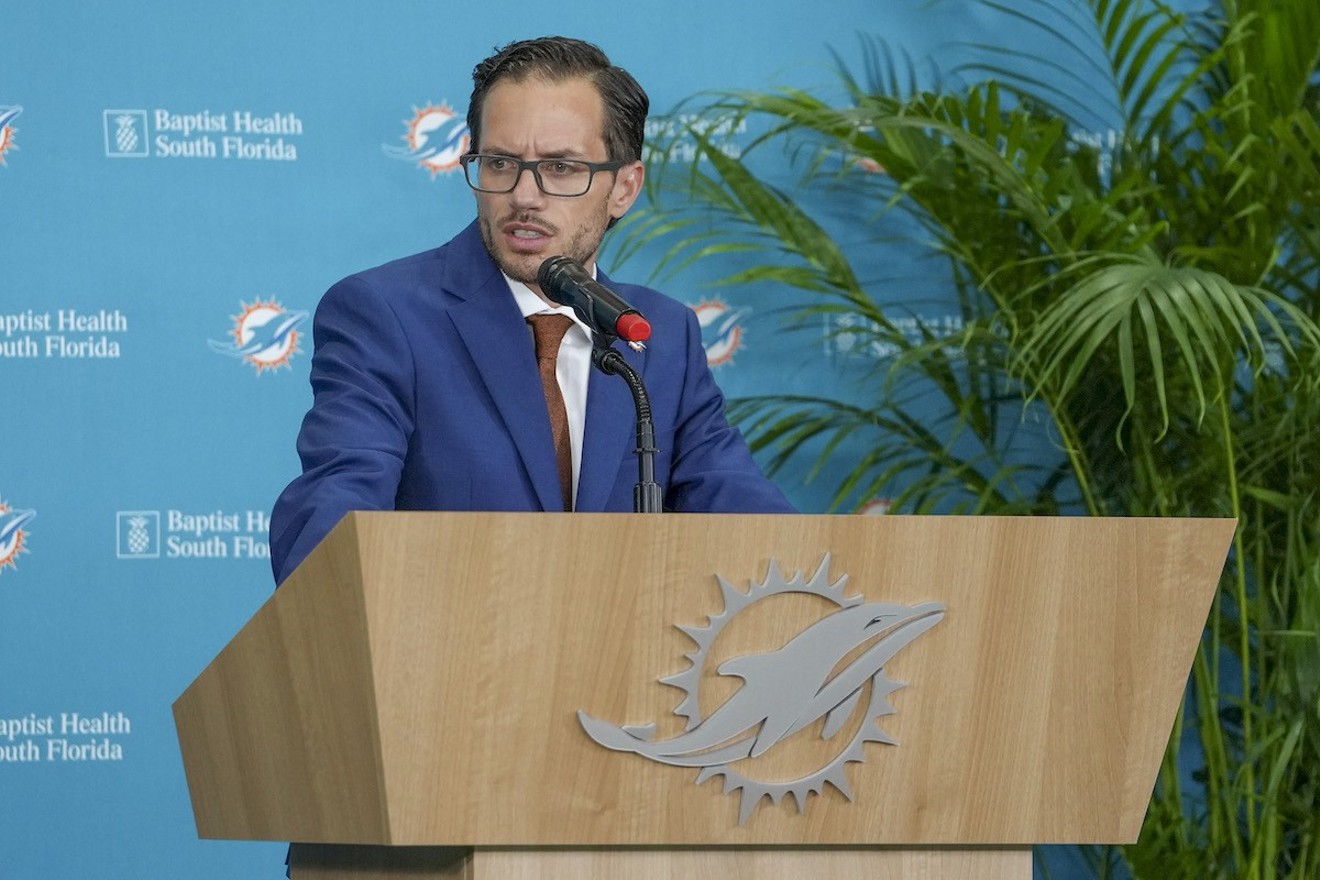 He's the man the Dolphins have selected to replace head coach Brian Flores, who was fired after back-to-back winning seasons and is bringing forth an incendiary lawsuit against the NFL and Miami Dolphins. McDaniel comes to Miami following a successful stint as the San Fransico 49ers offensive coordinator, and brings with him the offensive football knowledge the Dolphins must implement to get the best out of quarterback Tua Tagovailoa.

You knew all that, though. But did you know McDaniel's rise through the coaching ranks is one of the most interesting stories you'll ever hear? Let's dive in and get to know a few things about the man that hopes to have the Miami Dolphins playing in the football game you watched last night.


He Was Discovered Crying

As a kid, McDaniel attended the Denver Broncos training camp at the University of Northern Colorado, where he met video staffer Gary McCune. As the story goes, McDaniel was noticed after he started crying when he lost his hat at practice one day. McCune got him a new one, and from there he became a part of the team, working as a ball boy for the team in high school.

Years later after graduating college, McDaniel would get his start in coaching as an intern for the Broncos.


He Doesn't Do Vegetables

McDaniel has hated vegetables since childhood. According to McDaniel, attempts were made along the way to implement vegetables into his diet, but he "got to salad and stopped."


Luckily, there is a loophole available. Since potatoes are technically a vegetable, McDaniel considers a large order of French fries as vegetable intake. This coach really is smarter than everyone else!

It was obvious early in McDaniel's coaching career that he was special. He moved up the ranks quickly. But along the way, there were struggles with alcohol, at one point getting so bad that he would show up to meetings smelling like booze, and eventually, needed a three-week stint in rehab.

McDaniel says he's clean now. And, ironically enough, won the Dolphins job over Dan Quinn, who was the head coach of the Falcons when the team helped McDaniel check himself into a treatment center.


That’s an OC right there! pic.twitter.com/SHm0LmgjYY

He Played Wide Receiver at Yale

Saying McDaniel played at Yale seems to be a loose term. Statistics weren't easy to find. However, he does appear on the roster.

The only statistics available about McDaniel on the Yale website are that he wore No. 28 and was listed at 5'9'' 180lbs as a junior, then 5'9'' 175lb as a senior. That would mean he actually lost weight while on the football team. Yale, feed your players better.

Fun facts aside, players McDaniel has coached in the past call him one of the best coaches they've ever had. Former Browns wide receiver Nate Burleson said even though McDaniel was younger than him, he had taught him more about playing wide receiver that season than anyone else in a long time.

McDaniel brings with him true expertise in offensive philosophies, something the Dolphins have been missing for decades, not just years. Whether he is the first coach to actually deliver on some of the promises that are always made when hired is another story.
KEEP NEW TIMES BROWARD-PALM BEACH FREE... Since we started New Times Broward-Palm Beach, it has been defined as the free, independent voice of South Florida, and we'd like to keep it that way. With local media under siege, it's more important than ever for us to rally support behind funding our local journalism. You can help by participating in our "I Support" program, allowing us to keep offering readers access to our incisive coverage of local news, food and culture with no paywalls.
Make a one-time donation today for as little as $1.