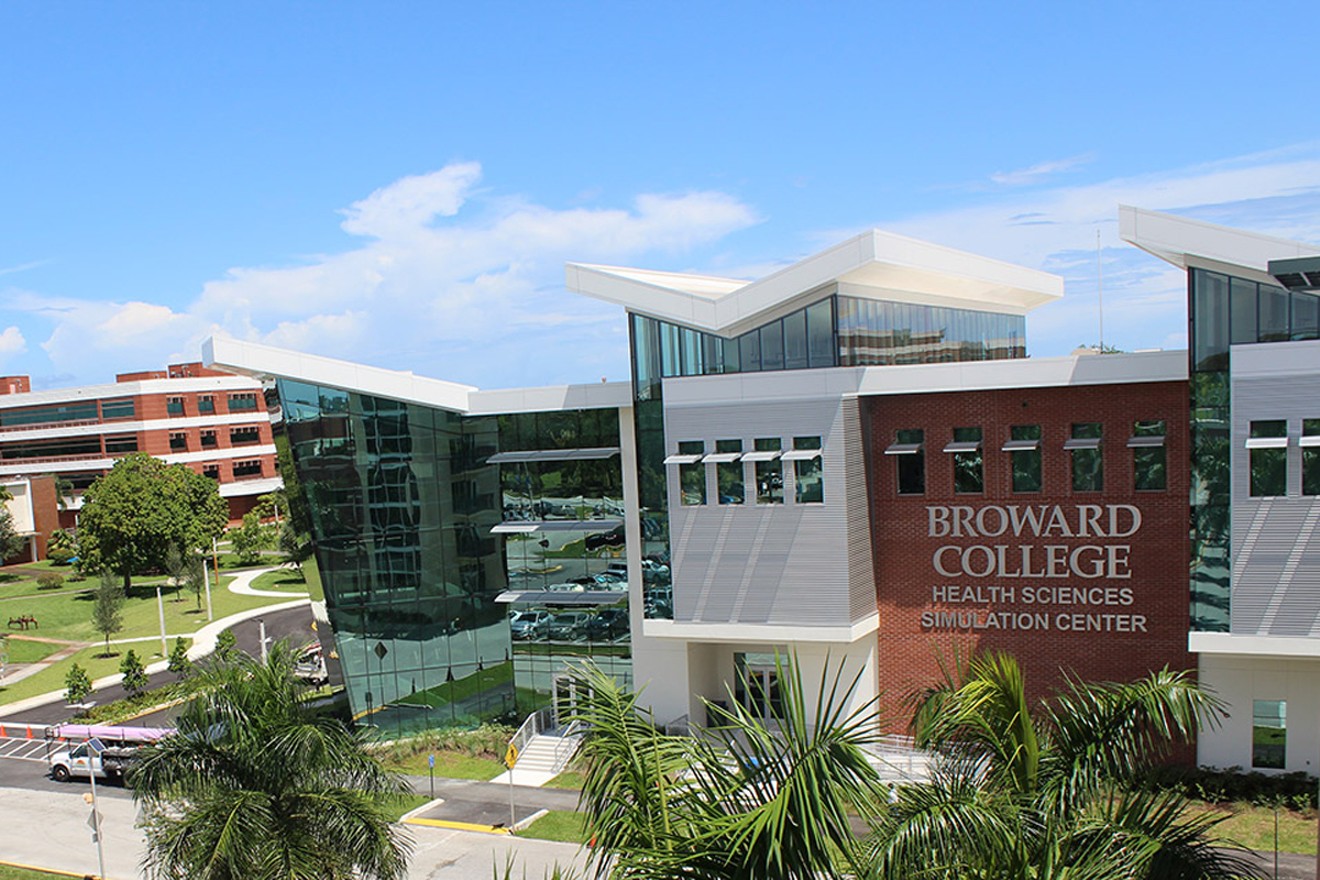 Photo courtesy of Broward College
In recent years, North Miami Beach resident Salman Rashid was kicked out of both Broward College and Miami Dade College. So, according to the FBI, he tried to contact ISIS to recruit someone to use explosives to kill deans at the two schools.

The FBI this afternoon announced it had arrested Rashid, age 23, for soliciting another person to commit a crime of violence. The bureau says it began monitoring Rashid in April 2018 after he began posting online that he believed the U.S. government needed to be violently overthrown and replaced with an Islamic society. The FBI says that in May 2019, Rashid contacted a "confidential human source" and asked the anonymous person to find ISIS members who would be willing to carry out an explosive attack in South Florida. The FBI says Rashid initially told the source he was looking to attack a "religious building or nightclub."

From there, the FBI says, its source connected Rashid to an undercover FBI informant who posed as a member of ISIS willing to carry out the bombings.

"Ultimately, on or about November 8-9, 2019, Rashid chose two individuals to target — a dean at Miami Dade College and a dean at Broward College, two colleges from which Rashid had been suspended or expelled — and asked that explosive devices placed by the confidential human source to carry out the attack against the two individuals be as big as possible," the federal government said in a news release. "Rashid provided information about the locations to place the devices and his assessment of security that might be present at the colleges."


The federal government instead arrested Rashid, who made his first appearance in federal court this afternoon. If convicted, he faces a maximum of 20 years in prison.
KEEP NEW TIMES BROWARD-PALM BEACH FREE... Since we started New Times Broward-Palm Beach, it has been defined as the free, independent voice of South Florida, and we'd like to keep it that way. With local media under siege, it's more important than ever for us to rally support behind funding our local journalism. You can help by participating in our "I Support" program, allowing us to keep offering readers access to our incisive coverage of local news, food and culture with no paywalls.
Make a one-time donation today for as little as $1.