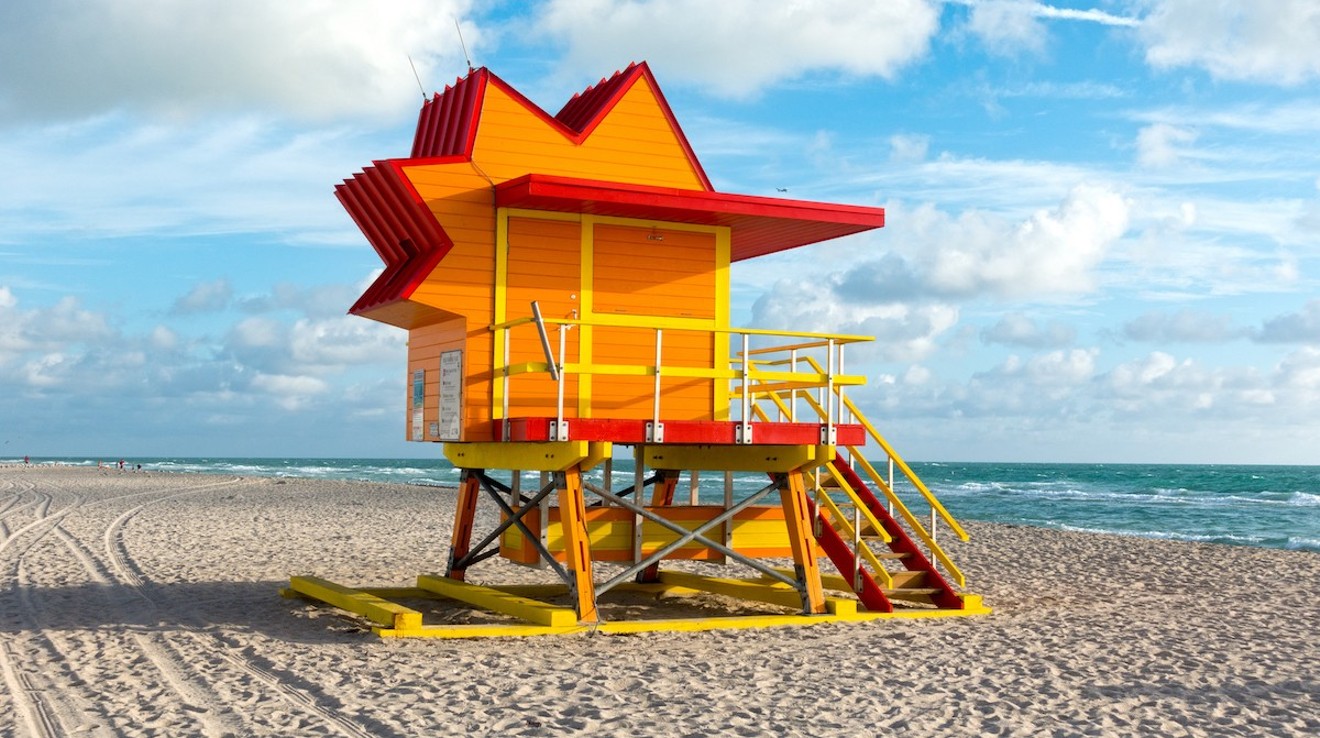 Photo by Seastock / iStock
Florida's 800-plus miles of beaches are by far the state's top tourist attraction. They draw more visitors than all U.S. theme parks and national parks combined. More than 40 percent of tourists head to Florida for its beaches, and beach tourism brings in more than $55 billion in annual sales annually. So it's hard to overstate the importance of the sandy shores.

But according to a new report, Florida isn't doing nearly enough to protect its most important resource from erosion and climate change. The state scored a D on the 2018 State of the Beach Report Card created by the nonprofit Surfrider Foundation.

The study graded coastal and Great Lakes states (and Puerto Rico) on policies to protect beaches from "coastal erosion, irresponsible beach fill, sea-level rise and poorly planned coastal development." It concluded that most are doing a pretty bad job, with 23 out of 31 states earning Cs to Fs. Only California got an A.

Surfrider Foundation
Florida got props for having a beach management plan that includes inlet management and beach replenishment projects. But the state was dinged for its reliance on sand replenishment, which serves as only a quick fix and can cause unintended environmental damage.

The state also too easily allows another short-term solution: coastal armoring, or installing seawalls or bulkheads. That actually makes erosion worse by blocking the flow of sand and preventing natural beach replenishment.

While the Sunshine State has regulations to protect wetlands from development, loopholes allow new construction too close to the water and on the dunes of critically eroding beaches. And lastly, Florida has delayed acting on sea level rise or climate change, even as the state starts to feel the impacts.

Even as Florida has been slow to act, though, the report credits local communities for taking action. It cites the Southeast Florida Regional Climate Change Compact as a successful model that should be replicated statewide.

"Fortunately," the report says, "some local governments have taken matters into their own hands and are working to build resilient communities despite the lack of state leadership."
KEEP NEW TIMES BROWARD-PALM BEACH FREE... Since we started New Times Broward-Palm Beach, it has been defined as the free, independent voice of South Florida, and we'd like to keep it that way. With local media under siege, it's more important than ever for us to rally support behind funding our local journalism. You can help by participating in our "I Support" program, allowing us to keep offering readers access to our incisive coverage of local news, food and culture with no paywalls.
Make a one-time donation today for as little as $1.