You don’t need to travel to Orlando for a magical Disney experience. Kicking off Thursday and running through Saturday, The BB&T Center’s ice will be home to Disney on Ice’s Mickey’s Search Party. The multi-sensory experience boasts skating, acrobats and stunts as a crew of Disney faves tries to track down Tinkerbell. Among the familiar faces you’ll see throughout the show are Moana, Belle, Aladdin and the Little Mermaid. Thursday at 7 p.m. and performances through Saturday at The BB&T Center, 1 Panther Parkway, Sunrise; thebbtcenter.com. Tickets are $16.

The African Diaspora is set to be honored with a ten-day event in West Palm Beach. Collaboration: African Diaspora Exhibition IV at CityPlace opens this week, boasting 38 different artists paying homage to the movement of Africans to places throughout the world. The exhibit is free and open to the public. And, on Thursday, there’s a VIP food tasting with all kinds of cultural, delicious grub as well as a chance to mingle with artist/curator Anthony Burks Sr. 7 to 10 p.m. on Thursday at CityPlace, 700 S. Rosemary Ave., West Palm Beach; cityplace.com. Free admission. Tasting is $26.

Remember Jimmy Page and Robert Plant’s 1994 to 1998 world tour? Unless you’re a Zeppelin super fan, probably not. Well, now you can relive the famous “Page & Plant” world tour via one of the best Zep tributes around, Florida’s own In the Light of Led Zeppelin. The group has more than 100 of the band’s tunes down pat, so count on hearing everything from “The Song Remains the Same” to “In the Mood” delivered in a fantastic audiovisual package. 9 p.m. on Friday at The Funky Biscuit, 303 SE Mizner Blvd. #68, Boca Raton; ticketfly.com. Tickets are $15 to $35.

Ready to climb The Mountain with Dierks Bentley? See Friday.
Courtesy
Let’s throw some Dierks Bentley figures your way. The country crooner has had 16 of his singles top the country charts. You know ‘em, from “Drunk on a Plane” to “What Was I Thinkin’”. He also has nine albums under his belt, the latest being The Mountain, released back in June. You can enjoy a mountain of his hits as he turns it up in WPB on Friday alongside Brothers Osborne and Lanco. 7 p.m. on Friday at Coral Sky Amphitheatre, 601-7 Sansburys Way, West Palm Beach; livenation.com. Tickets are $30 to $100.

We’re about halfway through National Bourbon Month. Have you celebrated yet? If not, Crown Wine & Spirits in Fort Lauderdale is hosting its 6th Annual Ft. Lauderdale Bourbon & American Whiskey Affair. For 50 bucks, you can try more than 75 bourbons, whiskeys and gourmet treats. Entry does not include an Uber ride, but you'll need one after this event! 7 to 9 p.m. on Saturday at Crown Wine & Spirits, 1030 NE 15th Ave., Fort Lauderdale; crownwineandspirits.com. Tickets are $50.

Oh '80s, you were so totally rad. And, there were so many bands – whose names we all fail to remember at trivia night – with so many hits. Well, a good chunk of those bands are set to rock the Parker Playhouse stage during The Lost 80’s Live Show. Among the bands you’ll rock to are Flock of Seagulls (“I Ran (So Far Away)”), Wang Chung (“Everybody Wang Chung Tonight”) and Naked Eyes (“Promises Promises”). Don’t forget your neon at home. 7:30 p.m. on Saturday at Parker Playhouse, 707 NE 8th Street, Fort Lauderdale; parkerplayhouse.com. Tickets are $37.50 to $78.

Tired of sitting around on your ass? Well, The Mighty Flea Circus is ready to get you and your rump moving. The five-piece Swingabilly band is known for its high energy, regularly covering hits from the Jive Era Swing, '50s Rockabilly and Roots eras, among others. On a given night you can hear awesome renditions of tunes by Keely Smith, Brian Setzer, Wanda Jackson and Louis Jordan. So, make sure those laces are tied tight, folks. 7 p.m. on Sunday at Arts Garage, 94 NE 2nd Ave., Delray Beach; artsgarage.org. Tickets are $25 to $35.

This Alexander Hamilton dude sure is getting a lot of love recently, right? In addition to the buzzworthy Broadway spectacle named after him, there’s also an intimate talk on the famous statesman’s life going down in WPB. Robert Watson, an award-winning author and professor, will lead Hamilton: Man, Myth, Musical, touching on his Jewish roots, his rise and fall, and that infamous duel. 6 to 8 p.m. on Monday at Mandel Public Library of West Palm Beach, 411 Clematis Street, West Palm Beach; wpbcitylibrary.org. Free. 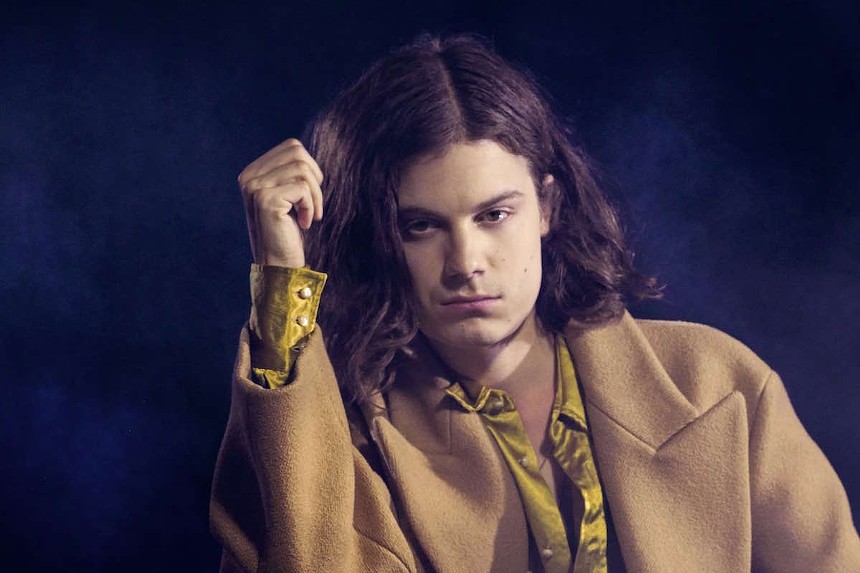 Get ready to Børns-again, people. If you haven’t experienced a Børns show yet, it’s somewhat of a religious experience. Singer/songwriter Garrett Borns knows how to put on a spectacle, living up to his infectiously glammy and rocky tunes. As a primer, you’ll want to listen to some of his band's biggest alt-hits, including “Electric Love,” “10,000 Emerald Pools” and “American Money.” 7 p.m. on Tuesday at Revolution Live, 100 SW 3rd Ave., Fort Lauderdale; jointherevolution.net. Tickets are $27.

If you’re looking for some inspiration, The Dawn Wall will provide it. The flick follows the 2015 trek of rock climbers Tommy Caldwell and Kevin Jorgeson as they try to climb a virtually impossible 3,000-foot rock in Yosemite, California. But there’s more to this story than that, touching on past pain and a life-defying decision that boils down to fulfilling a dream versus cultivating a lasting friendship. 7 p.m. on Wednesday at Cinemark Paradise 24 and XD, 15601 Sheridan Street, Davie; cinemark.com. Tickets are $12.50 for adults.
KEEP NEW TIMES BROWARD-PALM BEACH FREE... Since we started New Times Broward-Palm Beach, it has been defined as the free, independent voice of South Florida, and we'd like to keep it that way. With local media under siege, it's more important than ever for us to rally support behind funding our local journalism. You can help by participating in our "I Support" program, allowing us to keep offering readers access to our incisive coverage of local news, food and culture with no paywalls.
Make a one-time donation today for as little as $1.