Thousands of Veterans Have Lost the Right to Vote in Florida 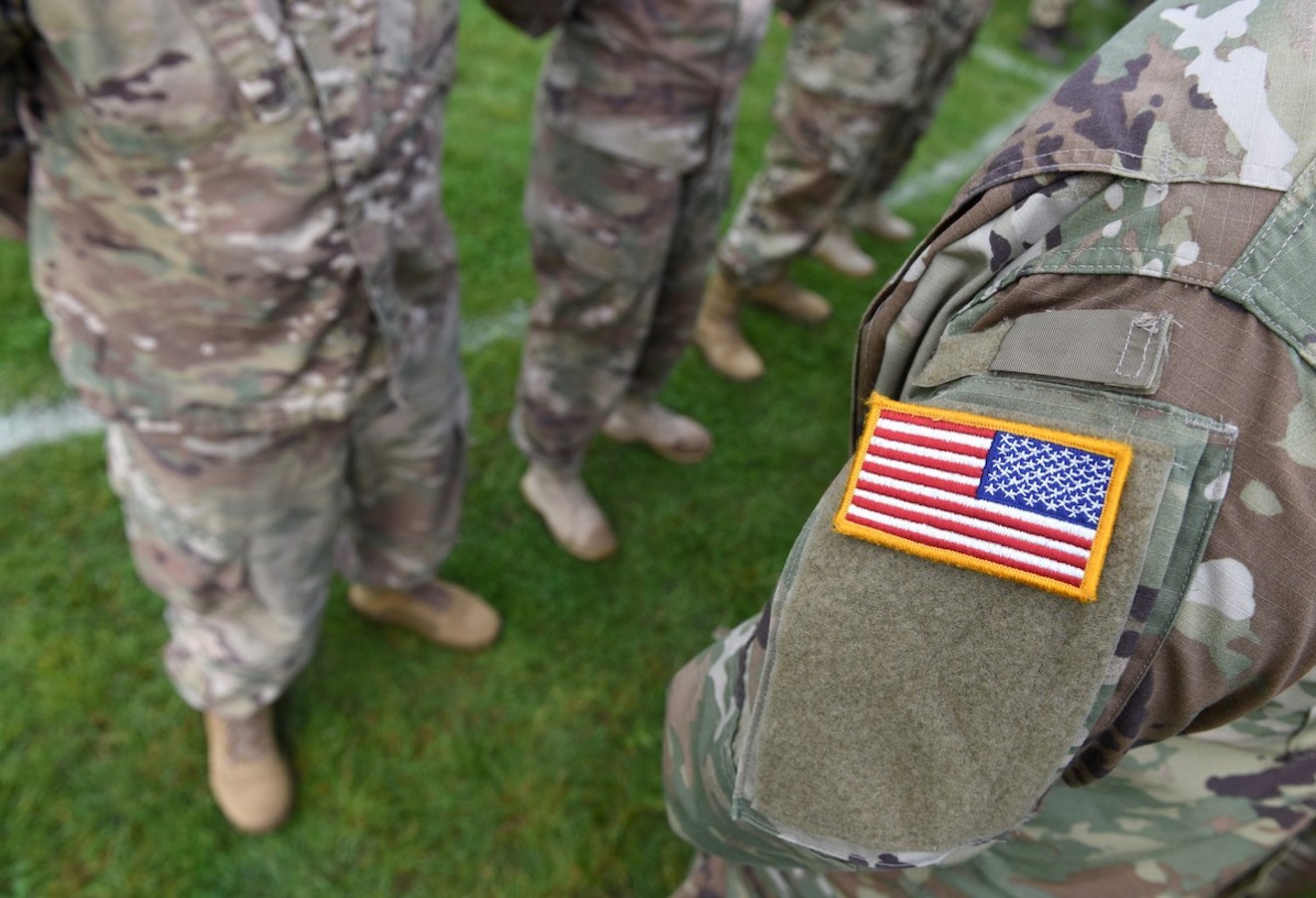 Photo by Bumblee_Dee / iStock
Alan Rhyelle was just outside of the base camp's perimeter in the central highlands of Vietnam when he heard the dog bark. He knew the sound could mean trouble.

In the pitch-black night, Rhyelle and his fellow soldier on the night shift slinked along the outskirts of the camp. When Rhyelle caught sight of the dog, he bent down to examine it and could see it was spooked. He called to his friend to stop walking, but it was too late. Vietnamese soldiers opened fire with AK-47s, shooting his friend in the hip, neck, and face. When a soldier ran by, Rhyelle shot at him, but the solider shot back, catching Rhyelle in the chest. The bullet tore through his lung, split his sternum, fractured three ribs along his spine, damaged the nerves, and exited through his shoulder blade.

Rhyelle thought it was the end. But the rest of his group put him on a stretcher and got him airlifted out to the base camp hospital. He spent the next 45 days in a hospital recovering. When he returned home after receiving an honorable discharge, he was awarded a Purple Heart for his service to his country — the same country where Rhyelle is now banned from voting.

For the past ten years, Rhyelle, a 72-year-old Sarasota County resident, hasn't been able to cast a ballot. He is one of the roughly 1.5 million Floridians who lost their right to vote because, in 2008, he was convicted of a felony for growing marijuana for his personal use in his home. He completed his sentence of 18 months of probation, but in Florida, that doesn't matter. A felony conviction here means you have lost the right to vote permanently. There are thousands of veterans like Rhyelle in Florida who have served their country but cannot vote.

"I love my country; I'll do anything for my country. I wanted to vote so many times since all of this has happened," Rhyelle says in a video interview with the American Civil Liberties Union of Florida. "When a person has paid their debt, they should forgive them and let them go on and be productive citizens. Veterans have defended the right to vote around the world. We need to defend it here in Florida as well."

Florida is one of only four states where a felony conviction means permanently losing the right to vote. In 19 other states, felons regain their voting rights after completing their sentences. In two states, people convicted of a crime never lose their right to vote, while in 14, you can vote again as soon as you're out of prison.

But come this November, Floridians have the choice to change that fact. Amendment 4, the Voting Rights Restoration for Felons initiative, would automatically restore the right to vote for people with prior felony convictions (except those convicted of murder or a felony sexual offense) when they finish their sentences.

Rhyelle's story is a particularly stark illustration of the inherent unfairness of Florida's law, which was passed as an outright white-supremacist measure after the Civil War to prevent black people from voting.

The Purple Heart and the bullet wounds weren't the only things Rhyelle brought back from Vietnam. Eight years after returning home, in 1976, he was diagnosed with posttraumatic stress disorder. He had problems sleeping, and when he could sleep, he was plagued by nightmares. The chronic pain from his wounds were a constant reminder he had lived through a brutal attack — and watched his friend die in front of him.

Back then, doctors gave him Valium like it was candy, Rhyelle says, but no matter how much he took, it didn't help.

"Finally, I just cold-turkeyed them and I never went back," he says. "I was doing illegal marijuana to be able to survive... It would calm me down and keep the PTSD from manifesting itself as much."

Then, ten years ago, Rhyelle's daughter was in a serious car accident. She was bed-ridden, and doctors administered four drugs over several weeks to manage her pain. Rhyelle says that when he saw the way his daughter was affected by the opiates, he decided to start growing marijuana. When he was able to move his daughter into his home to care for her, he gathered the materials to begin growing a few dozen marijuana plants in his garage for her to use in place of the opioids doctors had prescribed.

"I had been sitting next to my daughter," Rhyelle says. "She seemed to be OK. Then I touched my daughter's face, and it was cold. The paramedics got there, and they found out she was brain-dead."

The coroner said the combination of the four medications — oxycodone, alprazolam (Xanax), carisoprodol, and meprobamate — became toxic to his daughter and slowed her heart to the point she stopped breathing.

"The paramedics smelled the marijuana that I was growing. They alerted the sheriff's department, and they came out and confronted me at the same time that they were getting ready to take my daughter to the coroner's," Rhyelle says.

He was charged with felony cultivation of cannabis without intent to sell. He was found guilty and sentenced to 18 months' probation. Though Rhyelle completed his probation and paid hundreds of dollars in court fees for his crime, he'll never be able to cast a ballot unless Floridians restore voting rights to felons this November.

He's not the only veteran facing that dilemma.

Clarence Office, who is now 61, joined the Army when he was 18 and spent three years on active duty in Germany. Like many veterans, when he returned home to Miami-Dade County, Office began having mental-health problems.

"I had a lot of emotional issues going on, a lot of depression," Office says. "When people are depressed or have issues going on in their life, they have a tendency to try to cover up what's going on by using substances, and that's what I did. I did a bunch of drugs and some petty hustling out on the streets."

It's been nearly ten years since Office, who now works for the Department of Veterans Affairs, has completed his last prison sentence, but he's never been able to regain the rights he lost from his felony conviction.

"This law should be burned up — it's backwards," Office says. "I can keep working for my country and I can pay my taxes, but I can't vote. I think anybody who served their time and did everything that was stipulated — probation, parole — should be able to vote."
KEEP NEW TIMES BROWARD-PALM BEACH FREE... Since we started New Times Broward-Palm Beach, it has been defined as the free, independent voice of South Florida, and we'd like to keep it that way. With local media under siege, it's more important than ever for us to rally support behind funding our local journalism. You can help by participating in our "I Support" program, allowing us to keep offering readers access to our incisive coverage of local news, food and culture with no paywalls.
Make a one-time donation today for as little as $1.