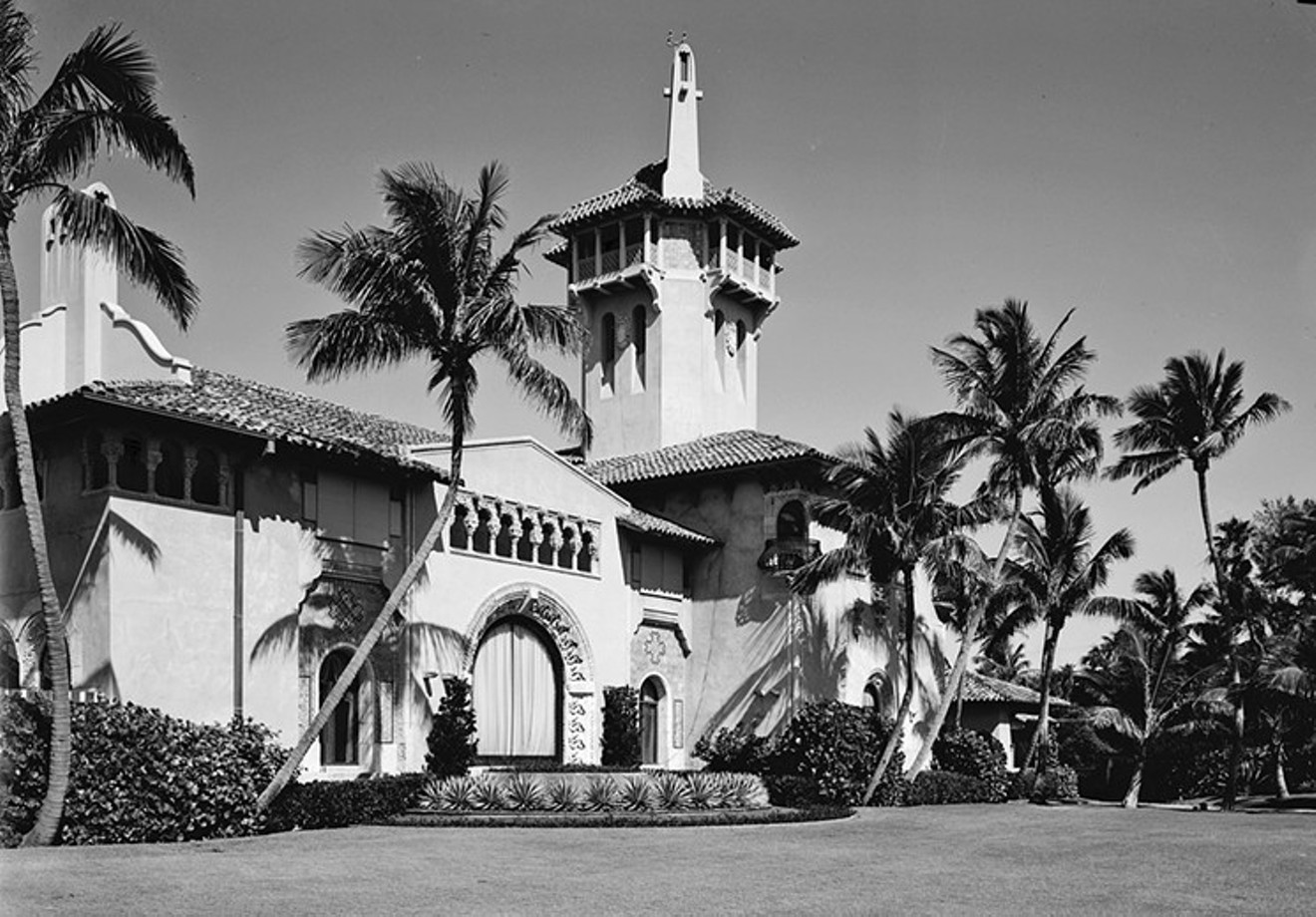 Mar-a-Lago National Park Service / Wikimedia Commons
While our big, sweaty grandpa president is busy tweeting that immigrants don't deserve due-process in immigration courts, the business bearing his name (which he pretty much still runs) is trying to hire more foreign workers. According to federal Department of Labor documents BuzzFeed first dug up yesterday, the Trump Organization has filed a request for 40 more foreign workers at Mar-a-Lago, the douchey villa he owns in Palm Beach that will hopefully be swallowed by the ocean one day soon.

By BuzzFeed's count, Trump has now tried to hire 240 foreign workers at Mar-a-Lago since he first announced his candidacy for president in June 2015 by calling foreign immigrants rapist and leeches on society. He has since spent much of his presidency ripping apart immigrant families and instructing immigration agents to act like even worse jack-booted thugs than they already were.

He sure loves hiring foreign workers on the cheap, though!


Congress must pass smart, fast and reasonable Immigration Laws now. Law Enforcement at the Border is doing a great job, but the laws they are forced to work with are insane. When people, with or without children, enter our Country, they must be told to leave without our........

.....Country being forced to endure a long and costly trial. Tell the people “OUT,” and they must leave, just as they would if they were standing on your front lawn. Hiring thousands of “judges” does not work and is not acceptable - only Country in the World that does this!

Critics have long assailed the H2-B visa system as a tool employers can use to exploit vulnerable foreign workers. The United Nations has warned that the H2-B system leaves workers vulnerable to sex trafficking, and a 2015 BuzzFeed investigation called the H-2 visa program "the new American slavery." BuzzFeed reported that thousands of workers on either H2-A or H2-B visas have been raped, beaten, abused, starved, imprisoned, or financially exploited by their employers. (The H-2 visas let foreign workers into the country to work low-paying jobs that often include basic physical labor.)

Immigrant-rights activists say that, instead of killing the programs, immigrants should be guaranteed higher wages, easier paths to citizenship, and better labor protections.

While there's no direct evidence that shows the Trump organization is guilty of any sorts of abuse of its foreign workers, Trump has been questioned repeatedly as to why he rails, constantly, against foreigners and yet seems to love hiring them at dirt-cheap prices to work at his properties. He has repeatedly said that he's simply some super-smart business tycoon taking advantage of the laws of the land — rather than a rich oaf who inherited his wealth and got richer off the backs of foreign labor.

In 2017, Trump urged employers to "hire American" in his inaugural address before turning around, raising the national cap on H-2 visas issued yearly, and then almost immediately applying for 76 new foreign-worker jobs at Mar-a-Lago.
KEEP NEW TIMES BROWARD-PALM BEACH FREE... Since we started New Times Broward-Palm Beach, it has been defined as the free, independent voice of South Florida, and we'd like to keep it that way. With local media under siege, it's more important than ever for us to rally support behind funding our local journalism. You can help by participating in our "I Support" program, allowing us to keep offering readers access to our incisive coverage of local news, food and culture with no paywalls.
Make a one-time donation today for as little as $1.