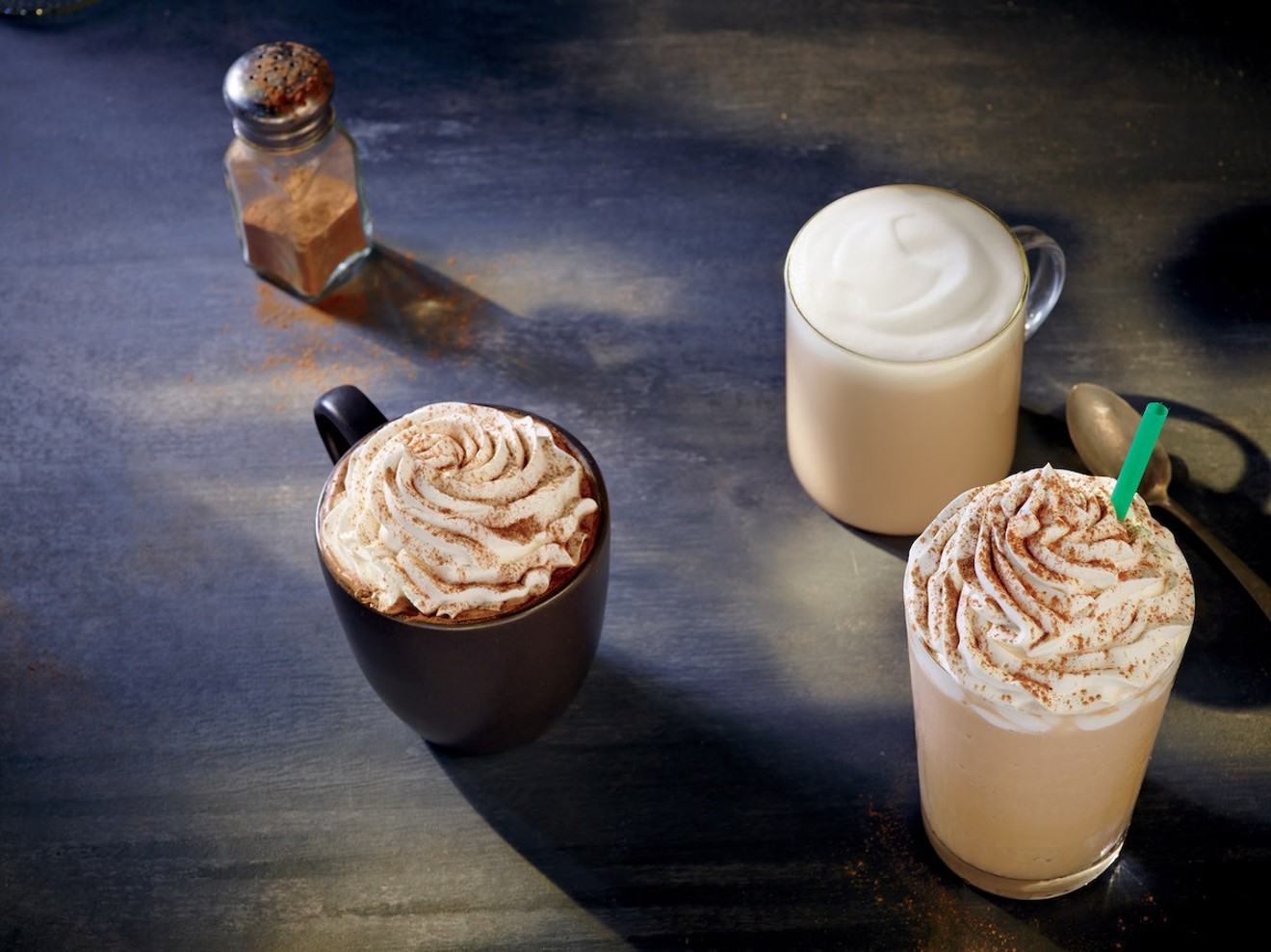 Courtesy of Starbucks
Fall is here, and your Instagram feed is probably full of people enjoying pumpkin spice lattes. Each year, Starbucks mounts a campaign to make the return of the PSL a major holiday not unlike Christmas.

The Starbucks campaign is so successful that Adweek did an entire study on the phenomenon in 2016. The report concluded that when Starbucks posts photos of its pumpkin spice latte on social media, the drink gets 463 percent more "likes" than pics of a plain old cup of coffee.

The Sunshine State, however, isn't in on the hype.

According to the Daring Kitchen, Florida is the least impressed with pumpkin spice than any other state in the nation.

The site used trends software to analyze more than 150,000 geotagged tweets in September that mentioned the hashtag #pumpkinspice.

According to the research, Florida came in dead last in PSL love, with less than 1 percent of pumpkin spice-related tweets coming from the Sunshine State.

Florida hates pumpkin spice.
Courtesy of Daring Kitchen
The state with the most activity is Tennessee, where 15 percent of Twitter conversation mentioned "pumpkin spice" in the past month.

Panther Coffee's Leticia Pollock, who lived in Portland, Oregon, before moving to Miami, has a theory for why Floridians aren't keen on PSL. "The pumpkin spice latte is really all about making fall memories, and we don't really have fall here, do we?"

She says she recently went shopping with her daughter and got a little wistful when she saw all of the colorful autumn decorations. "I wish we had fall. Maybe then I would crave a pumpkin drink. And if I did, I would absolutely go to Starbucks for one. They've perfected them."

She says her team does create beverages using local honey and fruits. "Sometimes people want something a little sweeter. But at Panther, we're more about trying to do things in the coffee realm."
KEEP NEW TIMES BROWARD-PALM BEACH FREE... Since we started New Times Broward-Palm Beach, it has been defined as the free, independent voice of South Florida, and we'd like to keep it that way. With local media under siege, it's more important than ever for us to rally support behind funding our local journalism. You can help by participating in our "I Support" program, allowing us to keep offering readers access to our incisive coverage of local news, food and culture with no paywalls.
Make a one-time donation today for as little as $1.