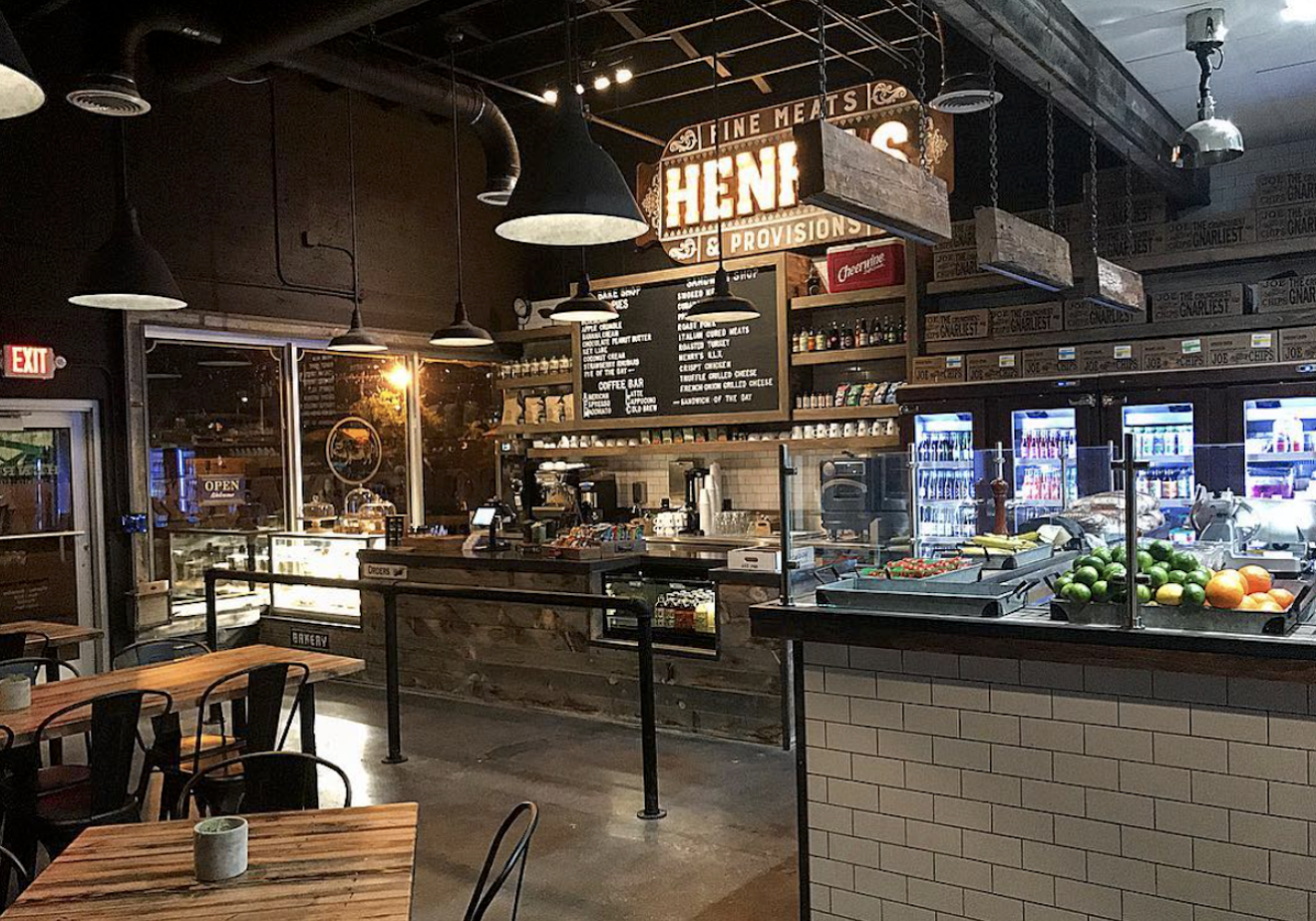 The first 100 customers visiting on opening day will receive a complimentary slice of the restaurant's homemade pie with the purchase of any menu item.

Last month, JEY Hospitality changed the name of the establishment from Proper Sandwich Shop to Henry’s Sandwich Station in an effort to separate the name from Proper Sausages, a Miami sandwich spot and meat purveyor. The new name is a nod to Henry Flagler and the building's history as a former pump station.

To bring his latest concept to life, Falsetto says, he traveled to more than a half-dozen cities to gain inspiration for the menu, which specializes in sandwiches, artisan toasts, and homemade pies made using locally baked breads, small-batch artisanal purveyors, and house-smoked and cured meats. "We went to places like New York City, Brooklyn, and New Jersey, as well as Philadelphia, Chicago, and Los Angeles," he says. "The idea was to see saw what others were doing and put our own culinary spin on these various iconic menu items."

The Montreal-style smoked meat sandwich.
Courtesy of Henry's Sandwich Station
Falsetto learned the most during his trip to Philadelphia, where he discovered the city's best sandwich wasn't the cheesesteak, but the Philly-style roast pork, which is loaded with tender pulled pork slow-roasted for hours and topped with provolone cheese and broccoli rabe.

At Henry's, the pork sandwich ($11) is made with heritage pork shoulder, sharp provolone, broccoli rabe, and a custom-made semolina baguette made by Fort Lauderdale's Gran Forno Bakery.

And rather than offer a traditional New York-inspired pastrami or corned beef sandwich, the Canadian-born Falsetto instead chose to offer a Montreal favorite: smoked meat. The sandwich ($12) presents what many consider a cross between cured corned beef and smoked brisket. At Henry's, it's served with spicy brown mustard on Zak the Baker rye bread.

Don't skip out on the homemade pies.
Courtesy of Henry's Sandwich Station
But the main attraction just might be the pies. "We're the first establishment in the area to offer a fully dedicated pie shop," he says.

Formerly of Miami's ultrapopular the Salty Donut, Henry's sous-chef and baker Anna Davis has created a menu of from-scratch pies served by the slice ($6). A limited number of each flavor — ranging from banana cream and strawberry rhubarb to apple crumb and key lime — are made daily. Whole pies are sold by special order only.

Henry’s Sandwich Station is located adjacent to the train tracks and C&I Studios in Fort Lauderdale. The restaurant is open daily for breakfast, lunch, and dinner and offers dine-in seating, take-away, and local delivery.