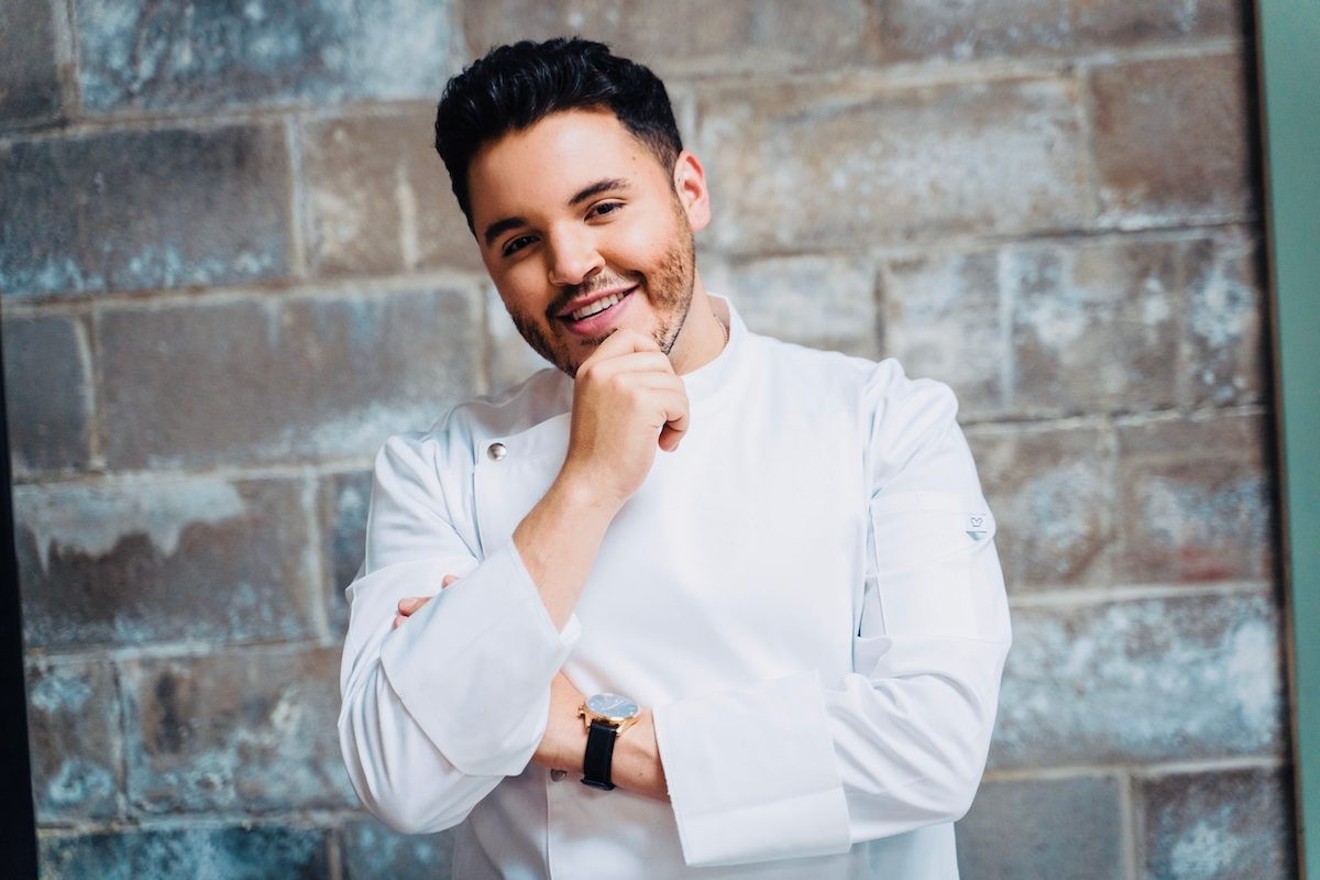 This month, the 31-year-old caterer, cookbook author, and creator of the "Cooking With Chris" YouTube channel will make his television host debut with a new Latin-inspired cooking show that taps into his Cuban roots.

Being a finalist on Food Network Star and Star Salvation introduced Valdes to a national audience. Following his stint on Food Network, he appeared on various national television shows, and is a frequent guest on Live with Kelly and Ryan along with stints on Food Network’s Chopped and the Sherri Shepherd Show.

Beginning this month, Valdes will appear as both host and judge alongside Mexican-born chef Marcela Valladolid on ¡Que Delicioso!, a seven-episode Spanish language original series. The competition cooking show streams for free on the Roku Channel.

During each episode, an internationally acclaimed chef from Latin America presents a dish that represents their culture and heritage. From there, two more chefs go head-to-head as they attempt to recreate — while also reinvent — the dish, tapping into their own cultural backgrounds to give it a unique twist.

At the end, the hosting chefs and Valdes and Valladolid decide which cook presented the best fusion — and who will take home the $10,000 prize.

Valdes tells New Times the show is a perfect way to celebrate his own Cuban roots alongside others. It's also what makes it a perfect show for Miami-based fans, many of whom share in the diaspora of Latin cultures that make up the Magic City.

"What I like the most about this show is that it's all about celebration," sums up Valdes. "For Latinos, food is always a celebration of tradition and family. I didn't know these contestants before the show, but I got to know them through their stories. Like me, so many of them were rooted in childhood, and what better way to tell their Hispanic-inspired stories than on ¡Que Delicioso!?"
KEEP NEW TIMES BROWARD-PALM BEACH FREE... Since we started New Times Broward-Palm Beach, it has been defined as the free, independent voice of South Florida, and we'd like to keep it that way. With local media under siege, it's more important than ever for us to rally support behind funding our local journalism. You can help by participating in our "I Support" program, allowing us to keep offering readers access to our incisive coverage of local news, food and culture with no paywalls.
Make a one-time donation today for as little as $1.