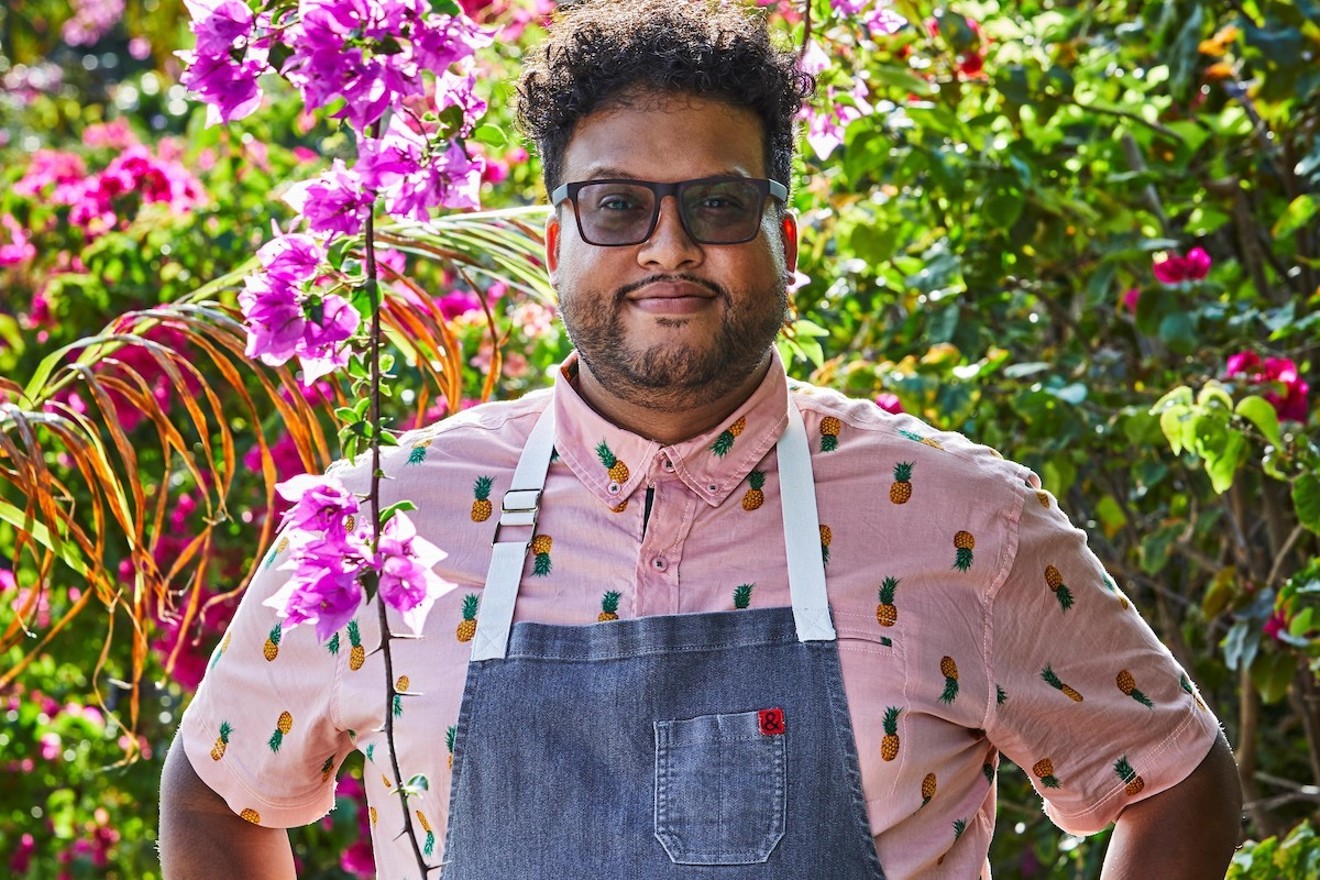 Timon Balloo is a 2020 James Beard Award semifinalist. Photo by Michael Pissari
The James Beard Foundation recently announced its semifinalists in the restaurant and chef categories for 2020, and South Florida has several reasons to be proud.

Nine local chefs and establishments have been recognized for exemplary achievement in the culinary field in four categories.

Check out the full list of South Florida semifinalists:

Best Chef: South (AL, AR, Puerto Rico, FL, LA, MS)
Outstanding Pastry Chef
Outstanding Restaurant
Rising Star Chef of the Year
This announcement marks the beginning of a long road to winning a coveted James Beard Award. The yearly process begins in mid-October when the James Beard Foundation holds an online open call for entries. The Beard Foundation's restaurant-and-chef committee reviews the entries, along with input solicited from an independent volunteer group of more than 250 judges across the nation, to determine eligibility and regional representation and then produces a ballot. A group of 600 judges — comprising regional restaurant critics, food and wine editors, culinary educators, and past James Beard Award winners — then votes on the nominees.

The judges will whittle down this year's semifinalist list, and the finalists will be announced Wednesday, March 25, in Philadelphia at the Barnes Foundation.

The winners will be announced Monday, May 4, at the annual awards gala and reception at the Lyric Opera of Chicago. For the full list of semifinalists, visit jamesbeard.org.
KEEP NEW TIMES BROWARD-PALM BEACH FREE... Since we started New Times Broward-Palm Beach, it has been defined as the free, independent voice of South Florida, and we'd like to keep it that way. With local media under siege, it's more important than ever for us to rally support behind funding our local journalism. You can help by participating in our "I Support" program, allowing us to keep offering readers access to our incisive coverage of local news, food and culture with no paywalls.
Make a one-time donation today for as little as $1.