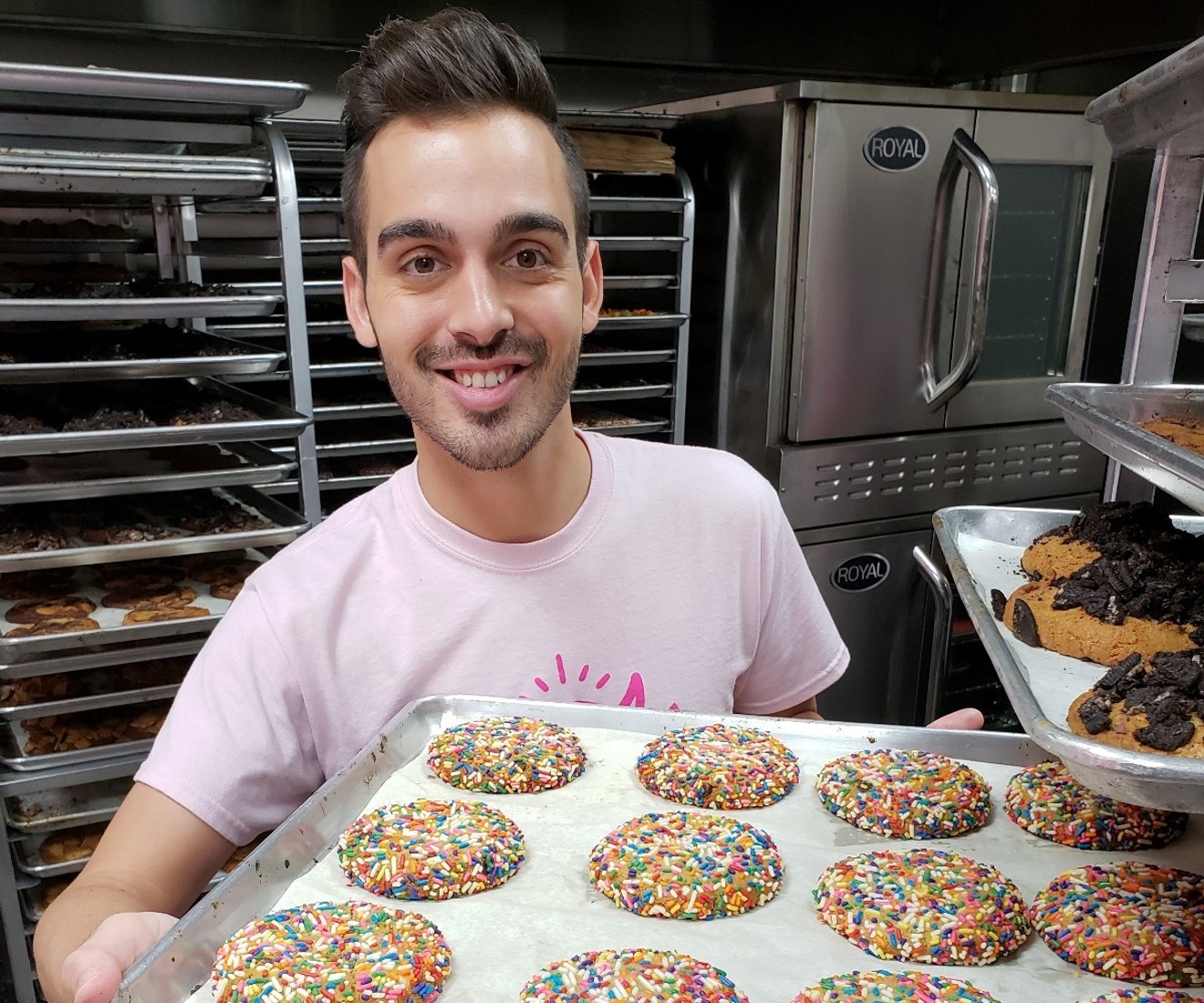 The founder of Night Owl Cookie Co. was named one of Forbes' "Top Young Chefs in the Nation" at the magazine's annual Under 30 Summit.

Gonzalez, who was inducted into the "30 Under 30" family in January 2017, won the judges' hearts this year. Last year, he nabbed the people's choice prize in the same competition.

To finish the presentation, Gonzalez handed each judge a cookie shot — a chocolate chip cookie shaped like a shot glass and filled with Havana Club rum.

On the heels of the win, Gonzalez plans to open two additional Night Owl Cookie locations. A Wynwood shop is slated to debut in the next six months across from Britto Central on NW 25th Street. The 2,000-square-foot shop will also include a 1,200-square-foot patio. Says Gonzalez: "This will be even larger than the current shop we have." He doesn't want to divulge exact details yet, but he says the Wynwood spot will be more than just a place to get cookies.

He also plans to expand into Broward with the opening of a Pembroke Pines store next summer. The cookie entrepreneur is deciding between two prime locations.

Gonzalez says of his sweet success: "To be honest, a couple of years ago I dropped out of college to bake cookies, and people thought I was crazy. I'm just thrilled by how far we've come in such a short time."

Night Owl Cookie Co. 10742 SW 24th St., Miami; 786-282-7864; nightowlcookieco.com.
KEEP NEW TIMES BROWARD-PALM BEACH FREE... Since we started New Times Broward-Palm Beach, it has been defined as the free, independent voice of South Florida, and we'd like to keep it that way. With local media under siege, it's more important than ever for us to rally support behind funding our local journalism. You can help by participating in our "I Support" program, allowing us to keep offering readers access to our incisive coverage of local news, food and culture with no paywalls.
Make a one-time donation today for as little as $1.