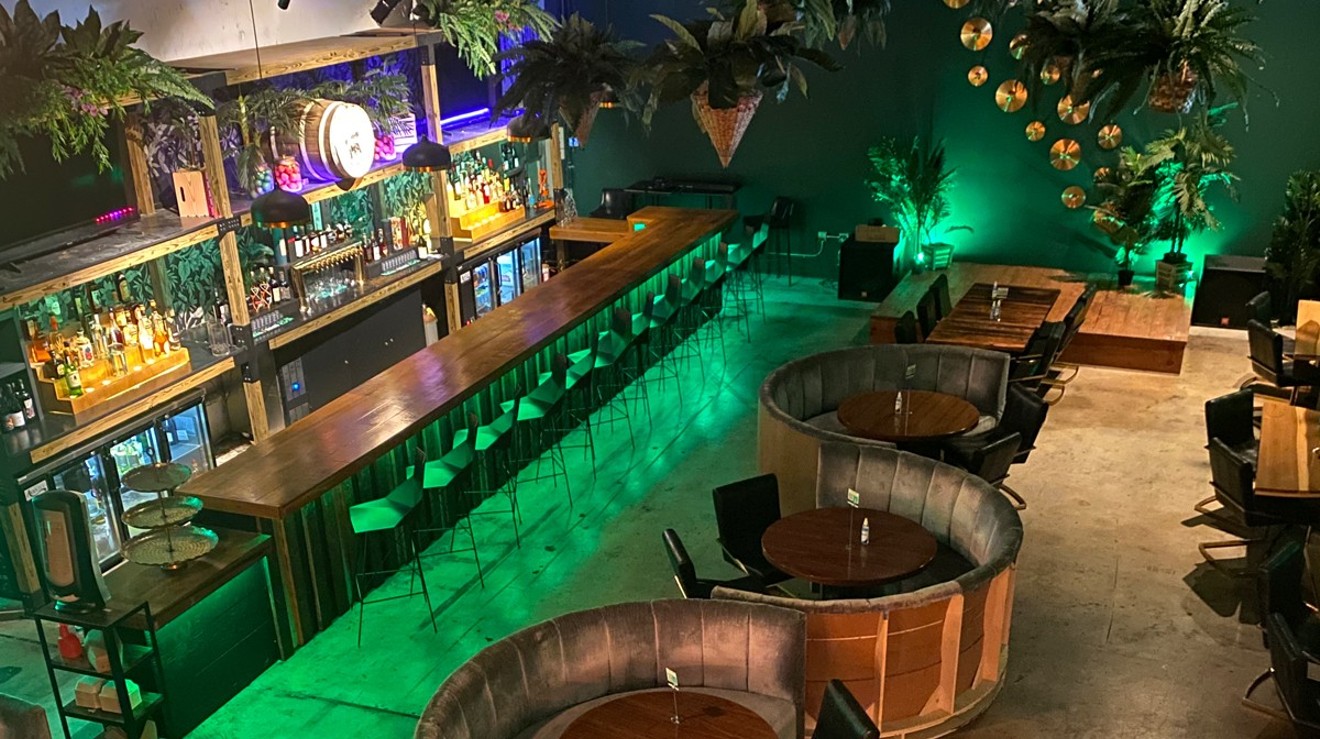 Billed as a rum destination, speakeasy, and “neighborhood lounge with an upscale twist,” Lost & Found offers more than 75 varieties of rum and a full-service bar. It's the latest concept from Society 8 Hospitality Group, which owns Sistrunk, as well as Park & Ocean, Shady Distillery, and other local enterprises.

“Being in South Florida, we wanted something very rum-centric,” says Society 8 owner Steven Dapuzzo. “So we started bringing on a wide selection of rums, some of which are made in-house, and it will be a totally different type of experience. We’re definitely building a community within the community and there is much more ahead.” 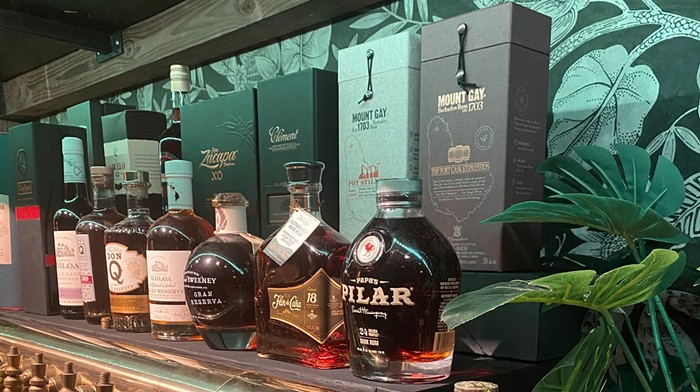 A selection of 75 rums - and a fully stocked bar - headline the menu at Lost & Found.
Society 8 Hospitality Group
The Lost & Found location, which Dapuzzo says seats up to 60 guests, will build on neighbor Shady Distillery's dinner series – which includes a guided tour of the distillery and four-course dinner. Shady Distillery also plans to offer mixology classes, small-group tastings, exclusive dinners, and more.

Dapuzzo has plans for the future of Sistrunk Marketplace too. The food hall will expand its weekly schedule this fall to stay open six days a week and will expand lunchtime hours. And Sistrunk will soon launch a “360 experience from home,” in which guests will be able to virtually walk through the marketplace, click on kiosks, order from menus, and have their food delivered.

When the building that houses Shady Distillery is completed, it will also contain artist kiosks, a CrossFit gym, and office space.

“There has certainly been an evolution of the hospitality industry in the last year and a half,” Dapuzzo says. “All of the challenges became big challenges for the Marketplace, but we’ve persevered and have had great responses with how we’ve handled it so far. We’re offering the diversity that people knew we would — being spaced out has not been a big issue and we’re here and ready when people want to get out for an experience.”

Lost & Found. Inside Sistrunk Marketplace & Brewery, 115 NW Sixth St., Fort Lauderdale; 954-329-2551; sistrunkmarketplace.com. Open Wednesday and Thursday from 4 to 10:30 p.m., Friday and Saturday from 4 p.m. to 11:30 p.m., and Sunday from 11 a.m. to 9 p.m.
KEEP NEW TIMES BROWARD-PALM BEACH FREE... Since we started New Times Broward-Palm Beach, it has been defined as the free, independent voice of South Florida, and we'd like to keep it that way. With local media under siege, it's more important than ever for us to rally support behind funding our local journalism. You can help by participating in our "I Support" program, allowing us to keep offering readers access to our incisive coverage of local news, food and culture with no paywalls.
Make a one-time donation today for as little as $1.